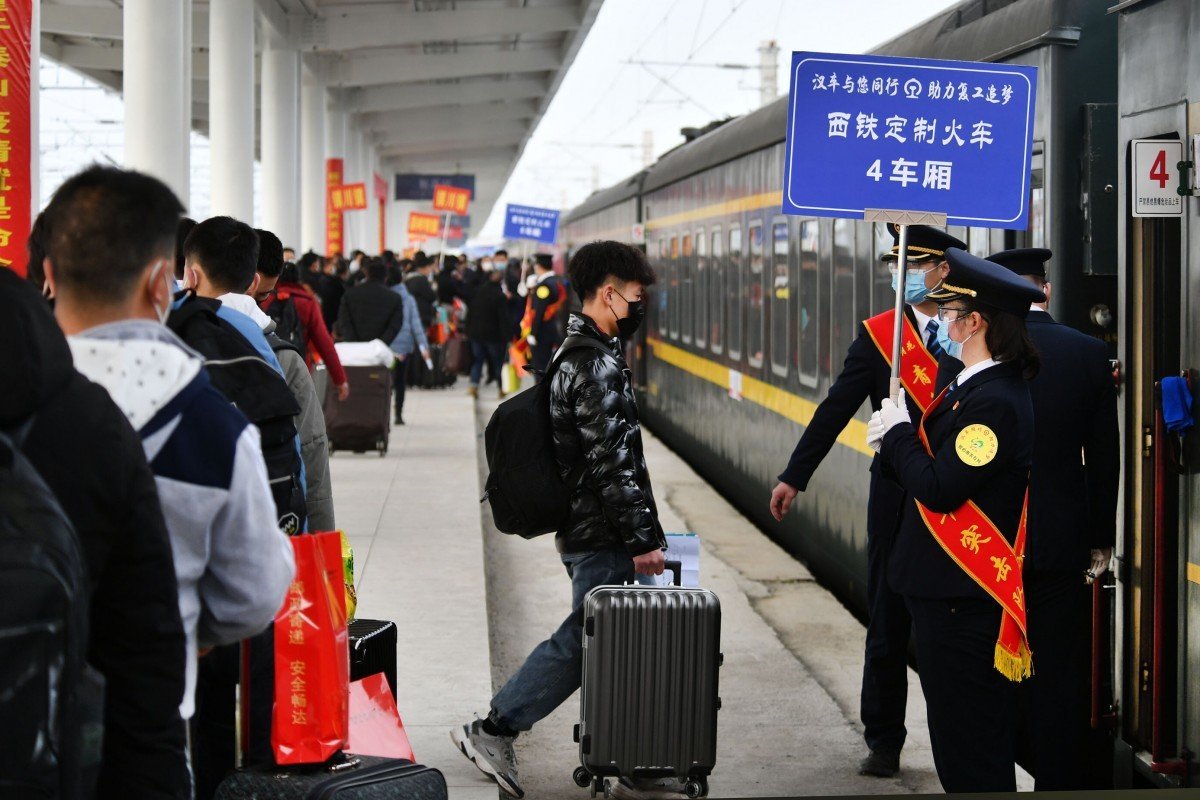 Coronavirus: developing a vaccine is one problem to solve, getting people to use it is another

Vaccination hesitancy may harm the chances of reopening communities. Medical experts say rapid vaccine development is causing public anxiety but wide-scale immunisation may be the only route back to a safe society
Shanghai mother Julia Wei has been closely following Covid-19 vaccine development updates. As a frequent business traveller, she believes an effective vaccine will be the key to a return to social and economic normalcy.

Yet as progress is made – four out of seven candidates developed in China are being tested for broader safety and efficacy before they can get regulatory approval– Wei said she and her six-year-old daughter would be unlikely to voluntarily get a Covid-19 jab. The public has been told a vaccine might be available as soon as the end of this year, or early next year.

“I read that vaccine development usually takes years, but for Covid-19 it’s only several months. This is just too fast – I don’t want to be a guinea pig,” Wei said. “I will just wait until we know for absolutely sure that they are safe and effective.”

Wei is not opposed to vaccines. She has had her daughter inoculated with free government vaccines as well as some that are not part of China’s immunisation programme that Wei believed were necessary.

But concerns such as Wei’s are casting a shadow over vaccination and its potential to reopen society or allow the community to reach “herd immunity”
– the concept that enough people in a population are immune to a disease that transmission becomes unlikely.

The hesitancy is shared in other countries. In a Gallup tracking survey released this month, over 35 per cent of Americans indicated they were reluctant to be vaccinated, even if a Covid-19 vaccine were approved by the US Food and Drug Administration and provided free.

A similar survey by the Angus Reid Institute in Canada showed that about 32 per cent of those surveyed were hesitant and would wait before getting vaccinated, while a further 14 per cent said they would not have the Covid-19 vaccine at all.

Even before the Covid-19 crisis, the World Health Organisation declared vaccination hesitancy – the reluctance or refusal to vaccinate despite the availability of vaccines – one of the top 10 threats to global health last year.

Measles cases, for example, have jumped globally. Even though not all of these cases are because of vaccine hesitancy, some countries that were close to eliminating the disease have seen a resurgence.

“People are concerned because they keep hearing that the vaccines process is being so accelerated that our major vaccine programme is called Operation Warp Speed, almost implying something unnatural about how fast it is going,” said Margaret Hamburg, former commissioner of the US Food and Drug Administration in a webinar with Peking University three weeks ago.

“We also talked about manufacturing risk, which is really a financial risk because the governments and companies are actually investing resources in making vaccines in large numbers so that they can rapidly be deployed when those vaccines make it to the finishing line in terms of proving their benefit in safety and efficacy. But when people hear vaccines are made of risk that adds to the concerns.”

Vaccine experts say they understand why some people are hesitant, but that they should not be concerned about the development process.

There was no indication there would be short cuts in the vaccine approval and licensing process because FDA guidance on Covid-19 vaccines was clear and comprehensive, said Wilbur Chen, a professor of medicine at the University of Maryland School of Medicine.

“People should not have major concerns for the safety or effectiveness of Covid-19 vaccines if they are licensed on the basis of well-performed studies that adhere to the FDA’s guidelines,” Chen said.

It was possible that very rare adverse events would be detected only after a drug was licensed, which was not unique to Covid-19 vaccines but could apply to any drug or vaccine, Chen added.

Stephen Evans, professor of pharmacoepidemiology at the London School of Hygiene and Tropical Medicine, said it was understandable that people were reluctant but he believed regulators in Britain or the European Union would not approve a vaccine without being presented with convincing evidence of efficacy, that it actually prevented Covid-19 infection and disease, rather than just triggering an immune response.

“I think that the speed is due to a number of factors and I do not see that the process has, so far at least, been deficient. Risks because of quick development would be almost entirely related to the numbers included in a trial,” Evans said. “What is required is sufficient numbers, both to show efficacy in preventing disease and in showing no serious harm.”

Apart from distrust in governments, institutions or aspects of immunisation, industry insiders said there was also complacency concern, the feeling that it might not be worth the trouble if there was no guarantee the vaccine protected against the virus. The target efficacy for Covid-19 vaccines is 50 per cent in China, the US and under the WHO guidelines, similar to the seasonal flu shot. And like flu shots, people might not think it is worth having the jab.

But according to experts, getting vaccinated is important not only for self-protection but also for the community. When a certain percentage of a population becomes immune to an infectious disease, usually through a vaccine, it creates a shield so that even if someone gets infected, the pathogen cannot be spread among the community, achieving herd immunity and protecting those who have not been vaccinated or who have a weakened immune system.

Jonathan Ball, a professor of molecular virology with the University of Nottingham, said the vaccine coverage needed for that herd immunity effect would be determined by its effectiveness. Does it prevent infection and/or onwards transmission or does it stop symptoms but still allow the spread?

“If the vaccine stops onwards transmission and the reproduction number [an indicator of contagiousness of a pathogen] is 3 then we would estimate that 66 per cent of vaccine coverage using a vaccine that is nearly 100 per cent effective would provide herd immunity and stop outbreaks,” Ball said. Many factors in the calculation remained unknown for now, he added.

Chen said that even if a vaccine was found to have moderate efficacy, using it would still help the community.

There could still be a lot of illness, medical care visits, hospital admissions and deaths avoided, so an “imperfect” vaccine could still have a significant effect in a population, he said.

“More people … taking the vaccine will improve that effect in the population. So vaccine hesitancy – or even failing to observe physical distancing, wearing masks and hand hygiene – will be an impediment or delay to safe reopening,” Chen said.

He said that for countries where Covid-19 was under control, vaccination still made sense because the situation had been achieved through short-term measures to cut off transmission – staying home, wearing masks, physical distancing and cancelling large gatherings. And even those nations still had occasional outbreaks.

“Therefore, the only long-term solution allowing the country to be able to safely reopen is wide-scale immunisation with effective vaccines,” Chen said.
Add Comment