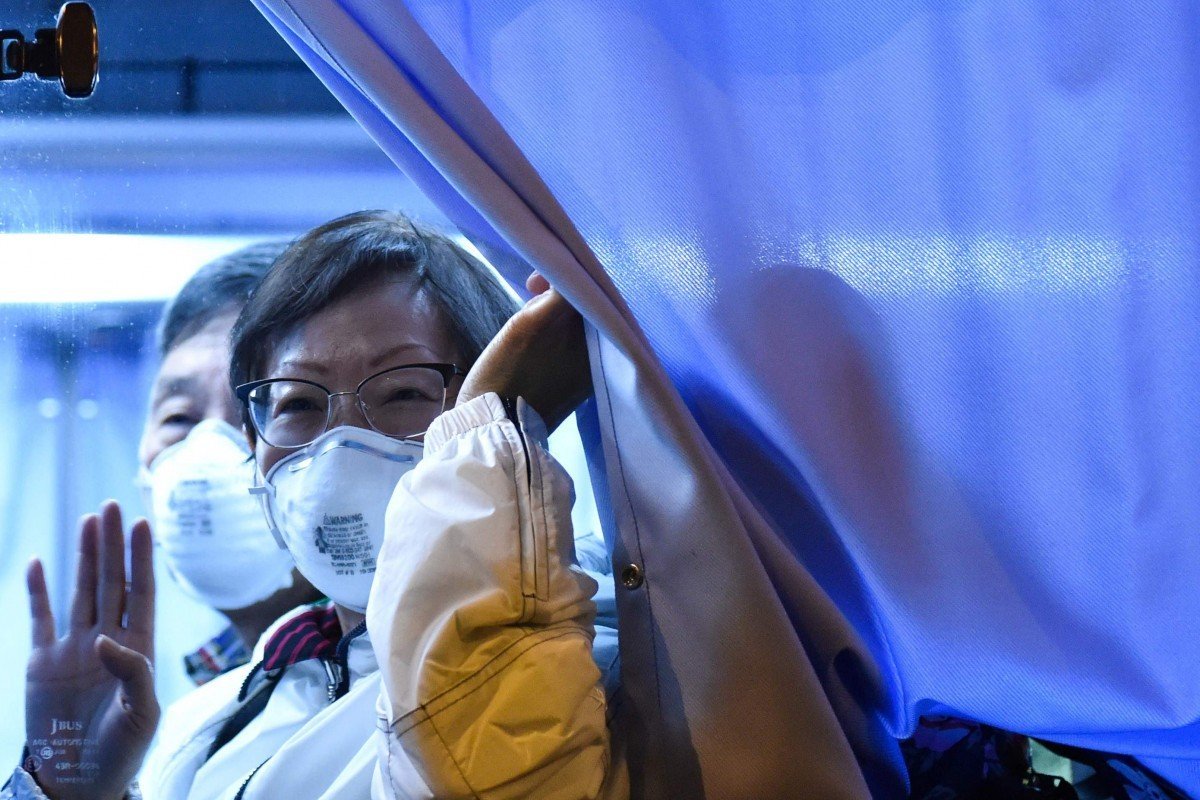 Number of new cases rises again as World Health Organisation says future path of the Covid-19 epidemic is impossible to predict. The contagion has spread to at least 25 other countries, killing five outside mainland China

Health authorities in China’s Hubei province – the epicentre of the coronavirus epidemic – on Monday reported 100 new deaths connected to the contagion and 1,933 newly confirmed cases.

The figures, for Sunday, took the totals announced by the province’s health commission to 1,696 and 58,182 respectively, and the global death toll to 1,770.

New infections were up on the previous day, when officials in Hubei had reported 1,843 newly confirmed cases and 139 fatalities.

The number of new cases had previously dropped three days in a row after a spike in confirmed cases on Thursday when the diagnostic criteria were widened, with nearly 10 times more being diagnosed than the day before.

But global concern remained high about the outbreak’s spread, emphasised by the United States’ announcement that more than three dozen Americans from a cruise ship quarantined off Japan were infected.

The World Health Organisation (WHO) said late on Sunday that the future path of Covid-19, the disease caused by the virus, was “impossible” to predict, as international experts began meeting their counterparts in China.

The US Centres for Disease Control and Prevention said they had not yet received an invitation to send experts to the country, despite China having said earlier it would allow the US to send experts as part of the WHO team.

Of the 1,933 new cases announced on Monday, 1,690 were confirmed in Hubei’s capital of Wuhan, where the virus is believed to have originated at a seafood and meat market.

As the Chinese government scrambles to contain the outbreak, restrictions have been tightened further in Hubei. Vehicles excluding those for essential services have been banned from the roads in the province, and companies have been told to stay shut until further notice. Xiaogan, a city neighbouring Wuhan, has banned all of its citizens from leaving their homes, effective from Sunday.

Mi Feng, a spokesman for the National Health Commission, said on Sunday that the proportion of people confirmed to be infected who were critically ill had fallen to 22 per cent on Saturday, from 32 per cent on January 27, which he said showed that “the effect of the coronavirus controls is appearing”.

The contagion has spread to at least 25 other countries, sickening nearly 700 and killing five outside mainland China.