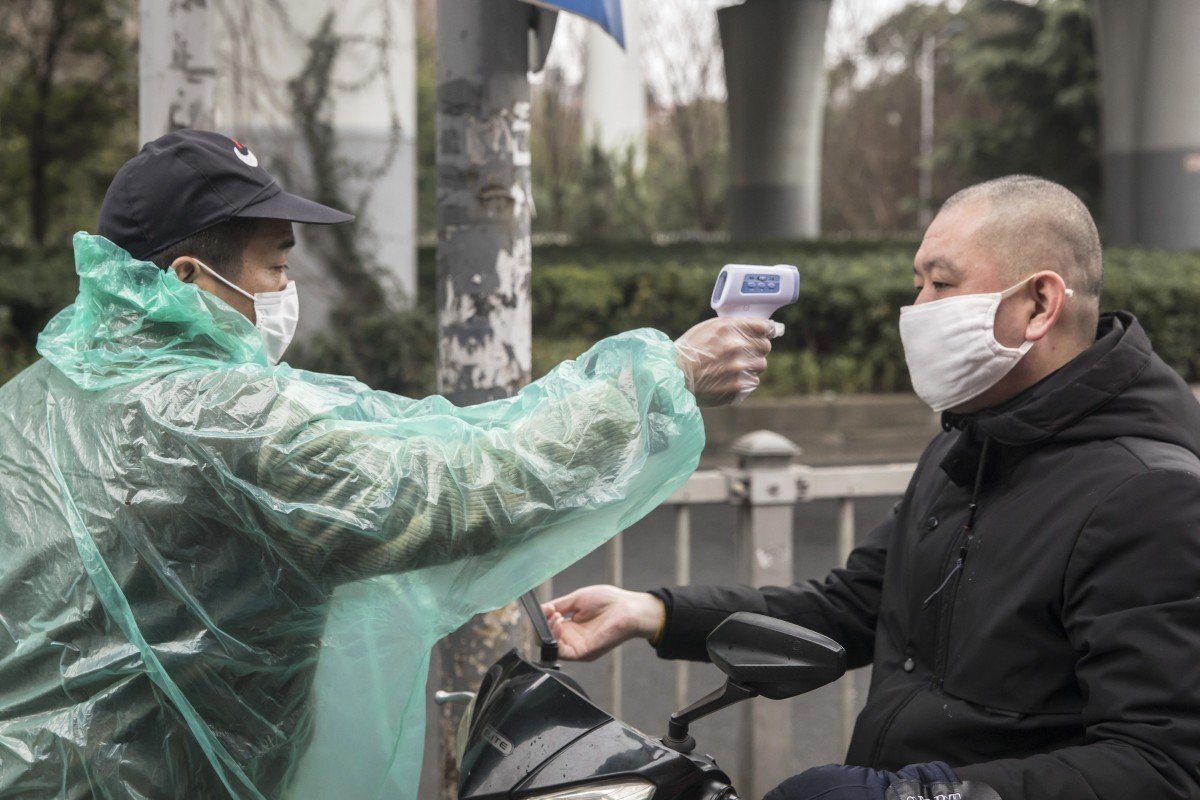 Diamond Princess cruise ship, docked in Japan, has 70 more infections to take its total to 355. WHO chief again praises China, saying its actions bought the world time, but says ‘we don’t know how much time’

The numbers, for Saturday, included 139 deaths in Hubei province, the epicentre of the outbreak – the same as the previous day. The central province also accounted for 1,843 of the newly confirmed cases, with 1,548 of those in the provincial capital of Wuhan, where the outbreak was believed to have started at a seafood and meat market in December.

Hubei’s new infections – down from the previous day, when it reported 2,420 – took its total to 56,249, with 1,596 deaths. The province had on Thursday begun including cases identified by clinical diagnosis, having previously counted only positive results from test kits, which have been in short supply.

The number of people who have tested positive for the coronavirus on the Diamond Princess cruise ship, which remains quarantined in a dock in Yokohama, Japan, has risen to 355, up 70 from the last government count, the country’s health minister said on Sunday.

“So far, we have conducted tests for 1,219 individuals. Of those, 355 people tested positive. Of those, 73 individuals are not showing symptoms,” Katsunobu Kato told public broadcaster NHK.

Canada has chartered a plane to evacuate its citizens from the ship, the Canadian government said in a statement late on Saturday.

Canadian passengers who exhibit symptoms of infection will not be allowed to board the flight and will instead be transferred to the Japanese health care system, the government said. Passengers who fly to Canada will enter a 14-day quarantine on arrival.

Nepal on Sunday said it had evacuated 175 of its nationals from Wuhan, after protests by parents of students studying in the city.

A plane operated by state-owned Nepal Airlines, carrying 134 men and 41 women, mostly students, landed in Kathmandu on Sunday morning, a health ministry spokesman said. All evacuees will be held in quarantine for two weeks in the nearby town of Bhaktapur.

Last week, parents protested in front of the health ministry demanding that Nepali students in Wuhan be brought home sooner. The government said delays were due to the time needed to prepare buildings for quarantine.

Nepal has reported only one confirmed case of coronavirus so far.

Separately, the Chinese embassy in Vietnam said 11 Chinese nationals from Hubei – much of which has been in lockdown since late January – had returned to Wuhan last Monday on a Vietnam Airlines flight that also carried donated materials.

WHO: response not just a job for health ministers

On Saturday, the World Health Organisation (WHO) urged countries to adopt a governmentwide response to the coronavirus.
“This is not a job for health ministers alone. It takes a whole-of-government approach,” Tedros Adhanom Ghebreyesus, the WHO director general, said in a speech at the Munich Security Conference. “That approach must be coherent and coordinated, guided by evidence and public health priorities.”

The WHO chief again praised China, saying the steps taken by the Beijing government were encouraging.

“China has bought the world time. We don’t know how much time,” he said. “We’re encouraged that outside China, we have not yet seen widespread community transmission.”

Outside China, the death toll attributable to the virus remained at four as of Saturday.