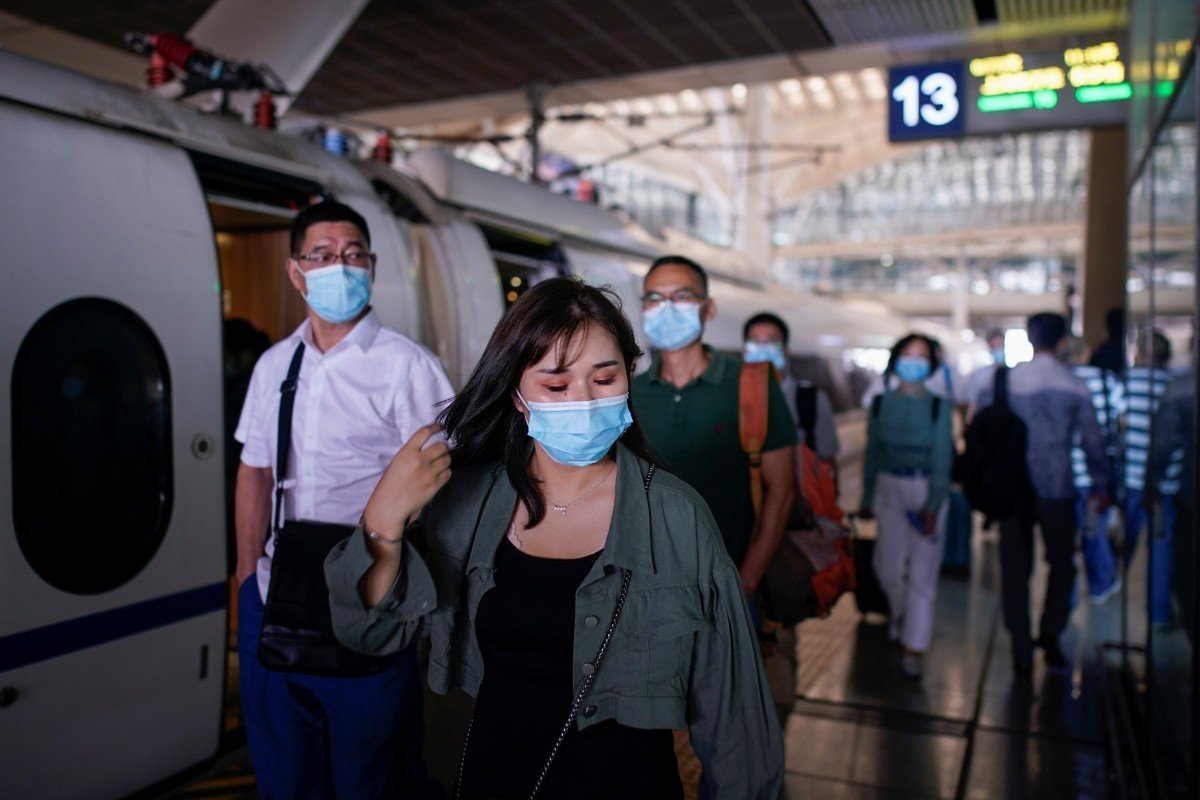 During the influenza outbreak over a century ago, some 500 million people – or a third of the world population at the time – were infected in about two years. Death toll estimates range from 10 million people to over 50 million.

By comparison, the new coronavirus, which causes the disease Covid-19, has so far infected more than 25 million people and killed nearly 850,000 worldwide.

To compare the death rates, a team of Chinese and American scientists went back to the start of the pandemic, using new data and improved modelling on the first wave in Wuhan, the central Chinese city where the virus was first reported late last year.

They put the actual death rate at 4.54 per cent.

“[This] is comparable, if not higher, than that of the 1918 influenza pandemic,” the team led by Yu Hongjie, an epidemiologist at Fudan University in Shanghai, wrote in a non-peer-reviewed paper posted on medRxiv.org on Tuesday.

Estimates of the Spanish flu death rate range from 1.61 per cent to 1.98 per cent.

The researchers sought data from Wuhan because it was the place where the new virus strain was first identified by scientists after patients started turning up at hospitals with pneumonia-like symptoms.

That made it an ideal location for a comparison of the death rate from the pandemic in 1918, when there was also limited knowledge and treatment available for the illness caused by the H1N1 influenza A virus.

While two previous studies in Beijing and Hong Kong have estimated much lower death rates for Covid-19 – at 1.2 per cent and 1.4 per cent – the research team said they did not take into account that the RT-PCR tests used at the early stage of the outbreak were not as accurate. They said the tests had a 30-40 per cent accuracy rate at the time.

People with mild symptoms who did not go to hospital were not included in the modelling for those studies either, according to the paper.

The latest study aimed to include all of these cases. “Our estimate of the disease burden may be the most accurate for Wuhan so far,” Yu and the team wrote in the paper.

Yin Ping, a professor of epidemiology with the Tongji Medical College at Huazhong University of Science and Technology in Wuhan, believed the Fudan study was the most accurate yet when it came to the death rate.

“This estimate is closer to the truth,” Yin said. “This time could indeed be worse than what happened in 1918.”

China has been criticised for its handling of the initial outbreak in Wuhan. Washington has accused Beijing of withholding information at the early stage, blaming China for the pandemic that has hit the US the hardest, with more than 6 million cases and nearly 200,000 deaths.

According to the Fudan researchers, while the new death rate estimate for Wuhan was not perfect, it provided a more accurate picture than data from North America.

In the US and Quebec – Canada’s worst-hit province – the rates of symptomatic cases were 404 and 534 per 100,000 people, respectively, in the first few months of the outbreak. In Wuhan, that rate was considerably higher at 796, suggesting some Americans and Canadians may have died from Covid-19 but were not taken into account in the official figures, the paper said.

In America, only people with signs or symptoms consistent with the disease and the close contacts of confirmed cases were “preferentially tested”, and that could have led to underestimates, it said. In Wuhan, the authorities carried out a mass programme to test every resident.

The paper was co-authored by Cecile Viboud, a senior research scientist with the National Institutes of Health’s international epidemiology and population studies division. She could not immediately be reached for comment, but a statement in the paper said it did “not necessarily represent the views of the US government or the [NIH]”.

President Donald Trump has claimed there is a “deep state” in the US government against his handling of the pandemic. He shared a tweet on Sunday claiming only 6 per cent of the people listed as coronavirus deaths had “actually died” from the disease. Twitter later removed the link for “violation of misinformation policy”.
#Donald Trump  #COVID-19  #Covid  #Coronavirus
Add Comment