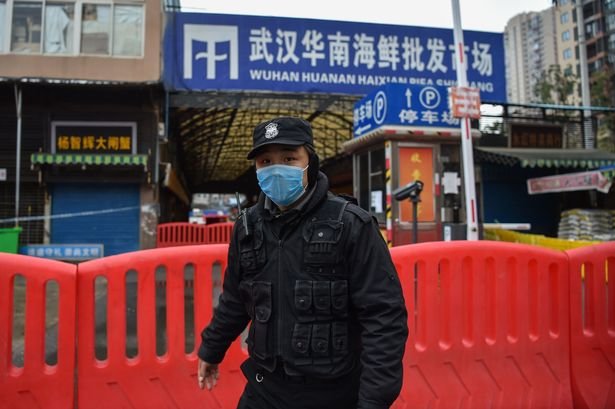 A bombshell report by scientists from the University of Cambridge has cast doubt on previous beliefs about when and where Covid-19 first broke out.

While coronavirus was previously believed to have originated in a wet market in Wuhan at the end of last year, new research suggests it may have actually came from further south – and began spreading among humans as early as September 2019.

The team of researchers has published its extraordinary findings – which have yet to be peer-reviewed – in the journal Proceedings of the National Academy of Sciences, outlining a "network" of infections that has thrown existing knowledge into doubt.

"The virus may have mutated into its final 'human-efficient' form months ago, but stayed inside a bat or other animal or even human for several months without infecting other individuals," University of Cambridge geneticist Peter Forster said on Thursday.

"Then, it started infecting and spreading among humans between September 13 and December 7, generating the network we present in [the journal] Proceedings of the National Academy of Sciences [PNAS]."

Researchers analysed strains of the virus using a phylogenetic network – an algorithm that can map the global movement of organisms through the mutation of their genes.

While trying to pinpoint the exact location of patient zero – the first human case of coronavirus – early signs prompted them to look further south than the city of Wuhan, where infections were first reported in December.

"What we reconstruct in the network is the first significant spread among humans," Mr Forster said.

He and colleagues from several institutes analysed more than 1,000 full genome sequences of the virus.

By counting the various mutations of the virus, they were able to get closer to figuring out when the first human was infected by a strain closest to a virus spread among bats.

They found hundreds of mutations, indicating that the virus may have been spreading quietly in host animals for years before finally infecting humans.

A coronavirus typically acquires one mutation a month.

There have been unverified reports that the virus originated in a Wuhan lab where researchers were doing work into diseases in bats, but the new study doesn't support that.

"If I am pressed for an answer, I would say the original spread started more likely in southern China than in Wuhan," Mr Forster said.

"But proof can only come from analysing more bats, possibly other potential host animals, and preserved tissue samples in Chinese hospitals stored between September and December.

"This kind of research project would help us understand how the transmission happened, and help us prevent similar instances in the future."

Phylogenetic networks are generally considered reliable means of tracking genetic mutations, but the method is limited by its sample size and having to assume a mutation speed that may not be accurate.

A virus can undergo transformations in unpredictable patterns during an unprecedented outbreak such as this one.
#COVID-19  #Covid  #Coronavirus
Add Comment