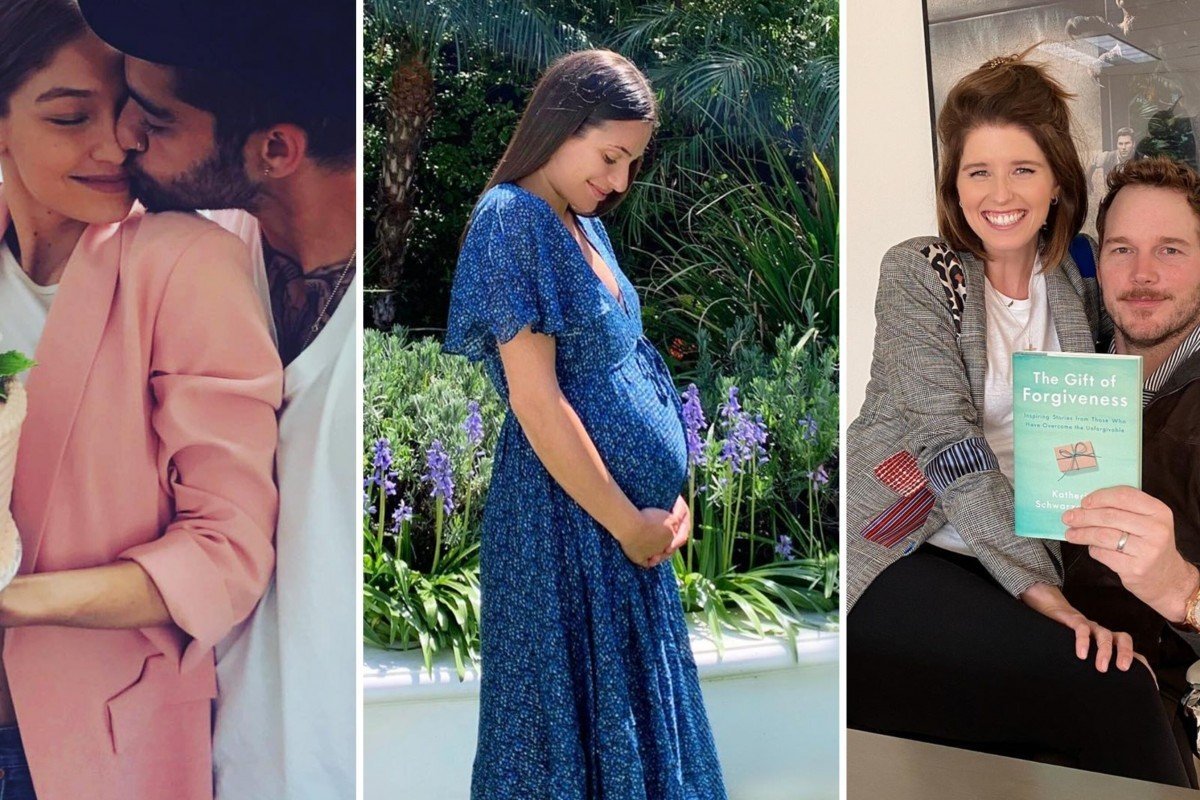 Are Gigi Hadid, Zayn Malik, Chris Pratt, Lea Michele and Soo Hyun all part of a coronavirus baby boom? 5 celebrity couples expecting by the end of 2020

Gigi Hadid and Zayn Malik, Lea Michele and Zandy Reich, Chris Pratt and Katherine Schwarzenegger, Bella Astillah and Aliff Aziz ... whatever condom maker Durex says, it seems these celebrities have been getting down to some family planning during lockdown

Will there be a coronavirus baby boom? Although social distancing measures might have worked for giant pandas Ying Ying and Le Le – who mated for the first time in a decade with the absence of visitors to their home at Hong Kong’s amusement complex Ocean Park – it has been reported that it is rather unlikely there will be a surge of newborns in nine months time.

According to the maker of Durex condoms, the coronavirus is actually taking its “toll on the number of intimate occasions” across the globe. Reportedly, both casual and established couples seem to be having less sex because of increased anxiety.

That said, for some, there has been no better time to get down and busy with family planning. While the rest of us may be anxious about job security or an impending economic crisis, some celebrities are taking this opportunity to go forth and multiply.

Here are five celebrity couples who are bucking the trend and expecting the pitter patter of tiny feet by the end of the year.

The baby will be Michele's first child with husband and entrepreneur Zandy Reich, who she married in March 2019.

Yolanda Hadid, Gigi's mother, confirmed the news through Dutch media after TMZ broke the story, saying, “I'm excited to become an oma [grandmother] in September especially after I lost my mum so recently. But this is the beauty of life. One soul leaves us and a new one comes in. We feel very blessed.”

Gigi then appeared on a live-stream show of The Tonight Show where she told host Jimmy Fallon that she “wished [she] could have announced it on [their] own terms”, but was happy regardless.

Malaysian singer Bella Astillah and Singaporean singer-actor Aliff Aziz have reconciled their marriage and also announced that they are expecting a child together. Astillah confirmed her pregnancy via Instagram to her 1.9 million followers at the end of April.

The celebrity couple tied the knot in September 2016 but officially divorced in May 2019 after Aziz was caught being unfaithful to his wife with actresses Afifah Nasir and Oktovia Manrose. After a few months of criminal charges, including one instance of drunk and disorderly conduct, the Singaporean celebrity managed to rekindle his romance with the Tenang songstress, much to the dismay of some Astillah fans.

“Alhamdullilah, we reconciled during the iddah period so we don’t have to remarry,” wrote Astillah in one Instagram comment.

In Islam, the iddah is a three-month period after a divorce or death of the husband.

The couple currently have one child together, a three-year-old son named Mohamad Ayden Adrean.

People magazine confirmed on April 25 that Guardians of the Galaxy star Chris Pratt and Katherine Schwarzenegger were expecting a child together.

The couple, who wed in June 2019, have been keeping busy under lockdown. Schwarzenegger released her now-bestselling book The Gift of Forgiveness in early March, while Pratt has joined the celebrity All in Challenge, offering Jurassic Park fans who donate to the initiative a chance to appear in the upcoming film, Jurassic Park: Dominion.

The famous quarantine baby will be Schwarzenegger's first child with Pratt who also has a seven-year-old son with ex-wife Anna Faris.

Korean-American actress Soo Hyun, also known as Claudia Kim, has announced through her acting agency that she is pregnant.

On April 14, Soo Hyun's label Culture Depot reportedly made the statement: “We are happy to announce that Soo Hyun is currently 15 weeks pregnant. She is taking a break and will focus on her pregnancy for the time being, while carrying out [necessary] schedules accordingly. We want to thank everyone for their cheers and congratulations.”

The actress, who has appeared in Fantastic Beasts: The Crimes of Grindelwald and Avengers: Age of Ultron, married WeWork businessman Cha Min-geun (Matthew Shampine) in December last year. The baby will be their first child together.