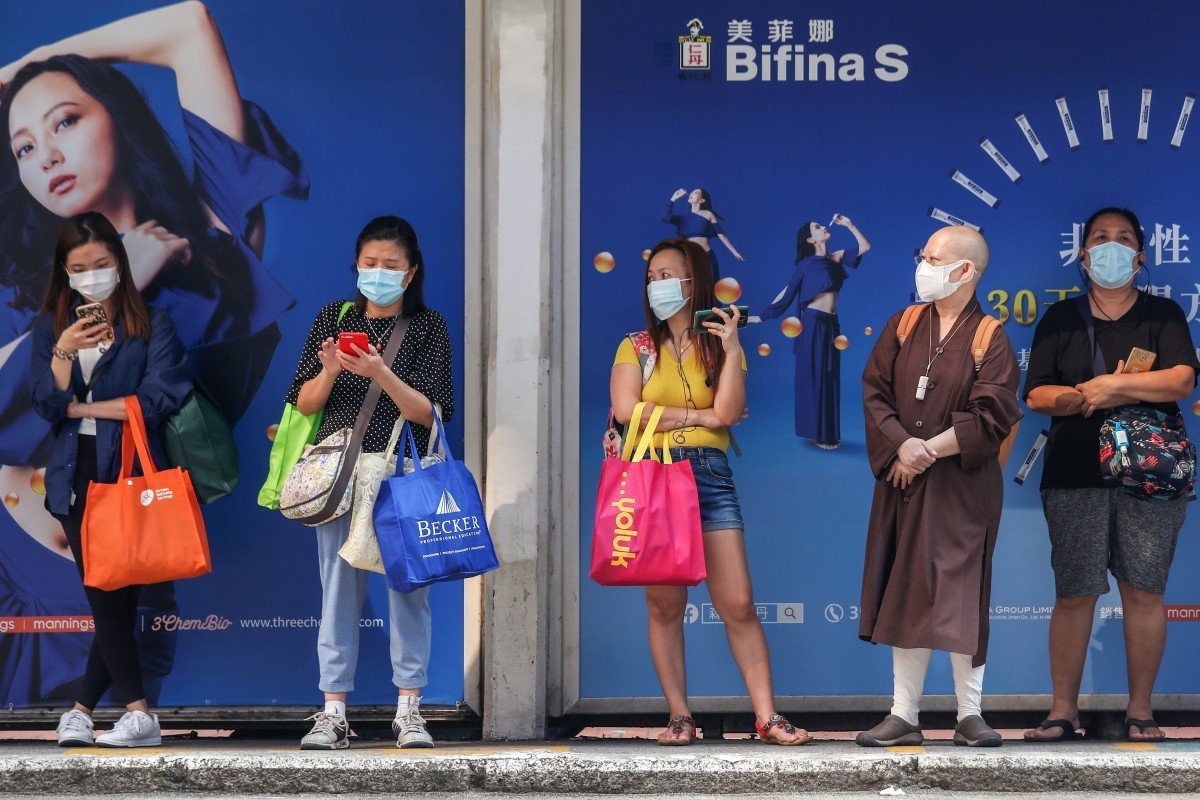 Ministry-level Chinese agencies in Hong Kong hit out at critics who question mainland authorities’ help in the fight against the pandemic.

More than 430,000 people in Hong Kong have signed up for voluntary coronavirus testing, but the citywide scheme to identify invisible carriers and halt Covid-19’s spread has become highly politicised, as ministry-level Chinese agencies denounced critics who opposed mainland involvement in the programme.

That came as the city reported 15 new coronavirus infections on Sunday, the third lowest daily tally of cases since July 3.


A day after registration opened, the number of residents who had put themselves forward, as of 8pm on Sunday, for the free screening was just a fraction of the city’s 7.5 million population. The government said bookings at 80 of the 141 sample collection centres for Tuesday, the first day of the scheme, were full.

The State Council’s Hong Kong and Macau Affairs Office and Beijing’s liaison office issued separate statements to hit out at critics who questioned mainland authorities’ help in the fight against the pandemic, calling them “evil” for “disregarding Hongkongers’ health and well-being”.

The Hong Kong government also issued a statement to “strongly rebut fallacious comments” that the tests could give inaccurate or “false positive” results.

In a late-night Facebook post, Chief Executive Carrie Lam Cheng Yuet-ngor also piled in and accused lawmakers “carrying the flag of democracy or freedom” of smearing the initiative.

The statements were released hours after a group of activists, led by Joshua Wong Chi-fung, hosted a press conference, urging the public to boycott the tests.

Wong cited recent Swedish reports of high rates of 3,700 false positive results returned by test kits from BGI Genomics, a firm involved in the programme, and questioned the accuracy of the citywide testing.

At the same press conference, the Hospital Authority Employees Alliance, a union representing frontline public health workers, said the programme would be ineffective in detecting silent virus carriers, citing overseas research that showed 100 per cent of patients would return negative results on the first day of their infection, while nearly 40 per cent would do so on the fifth day as their disease had not emerged yet.

The union said participants risked catching the virus while removing their masks to give samples in makeshift collection points that might not have watertight infection controls.

Earlier, Chief Secretary Matthew Cheung Kin-chung, the city’s No 2 official, appealed to Hongkongers to seize the opportunity for free testing so virus transmission chains could be cut as soon as possible. “Our fight against the coronavirus is going to be a persistent one … We need to be mentally prepared fully to live with the coronavirus for a long time until vaccines are available and widely used,” he wrote in a blog post.

More than 6,000 medical workers had signed up to help run the programme, he added.

Everyone who has a Hong Kong identity card is eligible for the test, except children under six years old and people who have undergone throat or nasal operations. The programme is expected to run for a week, but could be extended to a maximum of seven more days based on progress.

Alfred Sit Wing-hang, secretary for innovation and technology, said the authorities received three complaints involving residents who had been registered for testing without consent.

“It could be their relatives or friends who registered for them … But if we find that they are malicious attempts, we will take actions against these illegal acts,” he said.

Secretary for Food and Health Professor Sophia Chan Siu-chee suggested that every resident had an important role to play in the scheme.

“I hope the public will not think that it makes no difference with or without you taking part,” she told a radio programme.

“Not everyone in Hong Kong is infected. But if 7 million people take part in the scheme, it will let us know the ratio of the infected population against those who are not infected.

“This is important because we can then quarantine the infected citizens and their close contacts.”

Dismissing suggestions that nasal swabs would enter deep into people’s noses, Chan said the intrusion would only be 1cm to 2cm (0.4 inches to 0.8 inches).

Aside from the 15 new cases, Sunday brought news of the death of an 83-year-old Covid-19 patient, taking the number of coronavirus-related fatalities to 88.

Hong Kong’s infection tally stood at 4,801. Five of the latest coronavirus cases were imported, while five of the local infections were without a known source.

But two rare medical blunders emerged, involving a deceased patient whose corpse was transported to a mortuary by workers without protective equipment before his infection was confirmed. 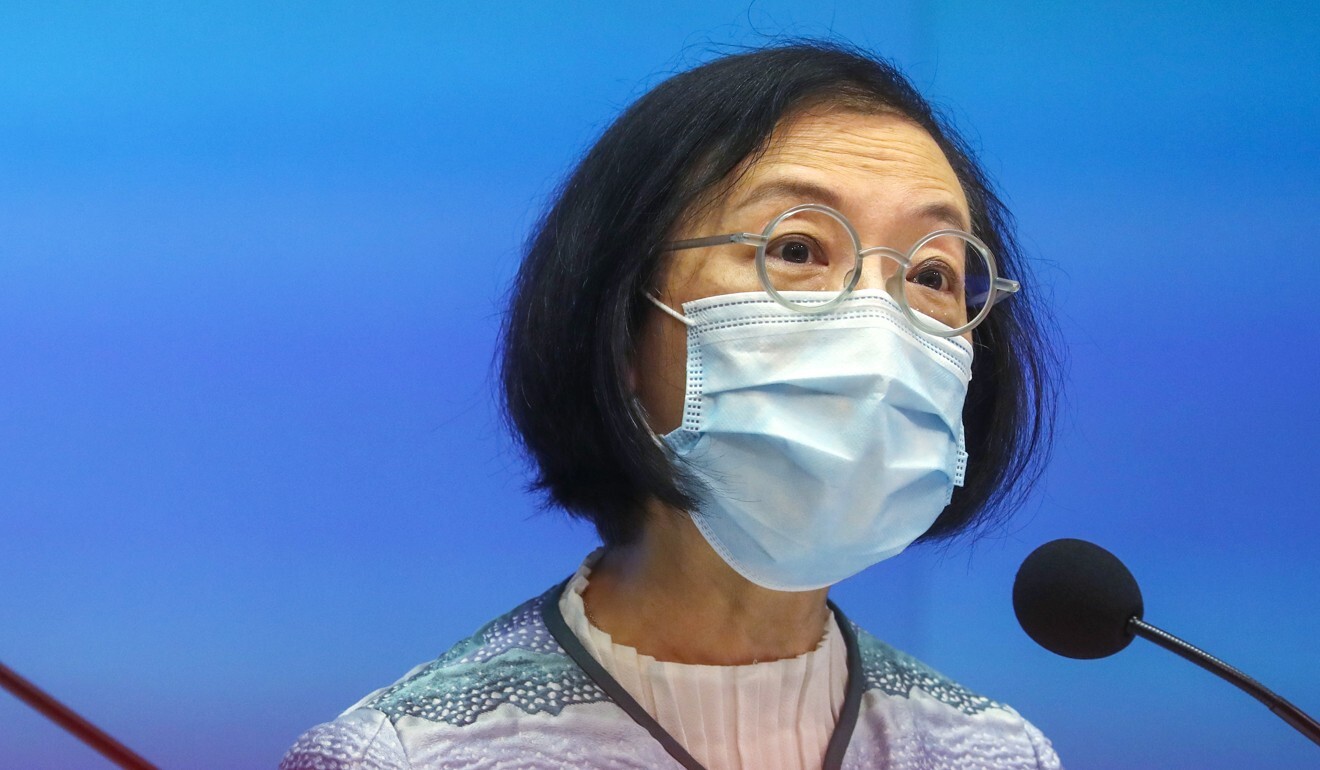 A pregnant Covid-19 patient was admitted into a general ward as she was asymptomatic, despite reporting a fever earlier at home.

The two cases forced health authorities to review their protocols on the safe transport of corpses and admission of asymptomatic patients.

Amid resistance from some opposition figures urging people not to take part in the testing over fears – rejected by the government – that participants’ personal data would be sent to the mainland, officials spent about HK$2.58 million (US$333,000) on advertising in 11 newspapers on Saturday to build support for the programme.

On Friday, the government relaxed some social-distancing measures, including allowing dine-in services at restaurants until 9pm, instead of 6pm as previously stipulated.

Responding to internet users mocking the authorities for thinking coronavirus would only attack citizens after 9pm, Chan said the government imposed the restriction as a trade-off between limiting the time people ate and talked with their masks off and the public’s desire for socialising.