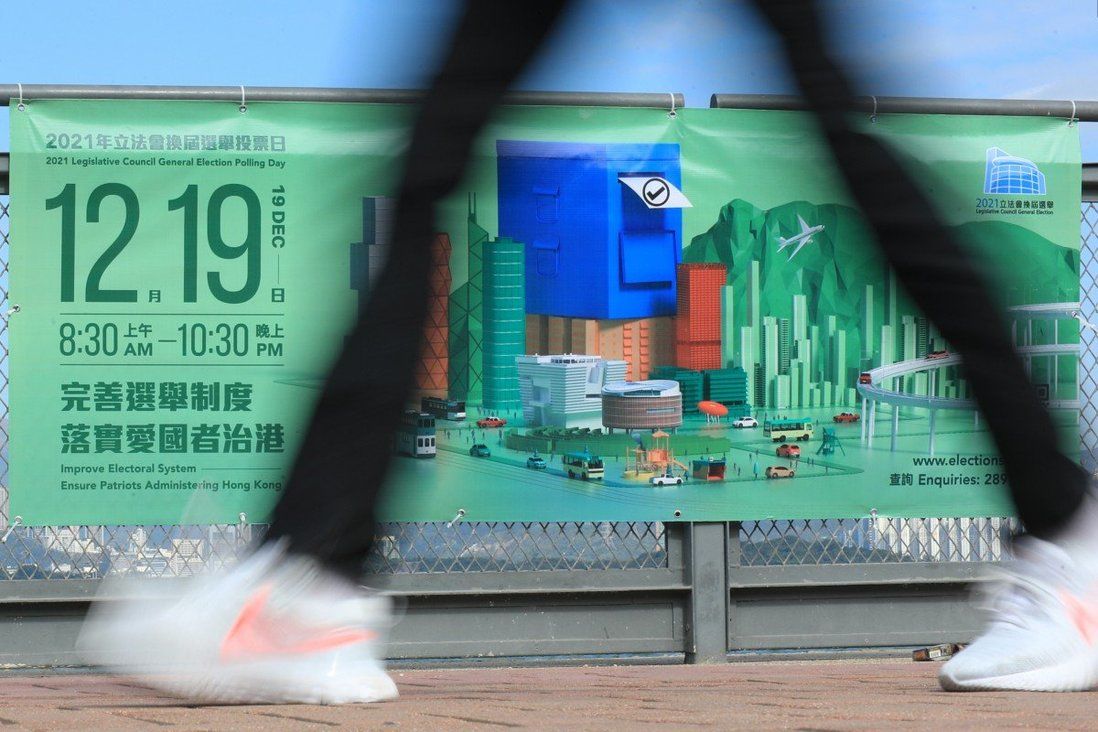 Lam claims that a low voter turnout in the coming Legislative Council election could indicate high public satisfaction, but her low approval rating and the rise in number of people without adequate housing suggest otherwise.

What was the most memorable moment in Carrie Lam Cheng Yuet-ngor’s run for the city’s top job in 2017? When news crews caught her not knowing that she needed to push the turnstile at the MTR station exit after she had “doo”-ed her Octopus card over the reader, of course.

There was also her being genuinely surprised that convenience stores do not sell toilet paper. But no matter how she tried to spin that Octopus moment, it was quintessential Lam: hopelessly out of touch.

In an incredible interview our city’s chief executive recently gave to the Global Times, Lam really outdid herself. Many – myself included – have speculated low voter turnout for the Legislative Council polls taking place on Sunday. And to that, Lam said “the turnout rate does not mean anything.”

It most certainly means many things. For one, it quite literally means the percentage of eligible voters that have participated in an election. As such, a low voter turnout is usually undesirable. It reflects a social mood of disillusionment, indifference or helplessness – a belief that casting a vote is futile.

Voter turnout, Mrs Lam, means plenty. Feelings among voters of not mattering or of being ostracised are not nothing. Light a fire under those feelings of nothing and they could potentially explode into the collective fatalism that threw our city into the depths of hell in 2019.

Of course, downplaying the significance of voter turnout may be necessary given that the anticipated low turnout in the directly elected geographical constituencies will stand in stark contrast with the very high turnout for the 40 Election Committee seats voted on by the 1,448 committee members. But that’s something for Beijing to say to save Lam’s face come next week.

Lam actually told the Global Times that if voter participation was indeed low, it could be because the public was satisfied with her administration. “There is a saying from the government in the old days that when the administration is doing well and its credibility is high, the voter turnout will decrease because the people do not have a strong impetus to choose different lawmakers to supervise the government,” she said.

Right. This sounds rather too much like Sean Spicer’s claim that Donald Trump‘s 2017 inauguration drew “the largest audience to ever witness an inauguration”. Only delusional thinking could propel Spicer to say something so incredible to the media and gaslight the people who saw how empty the fields were.

Lam managed to blame her Octopus blunder on the MTR and the turnstile design. But trying to gaslight 1.4 billion Chinese people is really out of her depth.

Trump may have been able to order a government photographer to doctor photos of the crowds at his inauguration to make them seem bigger, but cold hard numbers are harder to doctor.

The Hong Kong Public Opinion Research Institute has placed Lam’s latest approval rating at 35.7 – a number that hardly suggests her fellow residents are leading such comfortable lives that they no longer have to worry about politics.

Did Lam’s housing chief not brief her on the record 127,000 families likely to end up in inadequate housing within the next decade? The figure, released in the annual Long-Term Housing Strategy Report, is the highest during Lam’s tenure and a 4.1 per cent jump from last year. So no, her administration is not doing well.

We have all got the memo on Beijing’s wish for the Hong Kong government to fix our housing problem. This is exactly the sort of stuff that needs to go into her end-of-year report to the Beijing leadership.

But then again, maybe Lam is cooking up a smart scheme. Maybe saying something as atrocious as this will invigorate the public to head to the polls on Sunday, no matter how futile they feel their effort would be, and let her have a piece of their minds. Anything is possible.

And yes, that’s as hopeful as I can be about someone who has had too many Octopus moments.