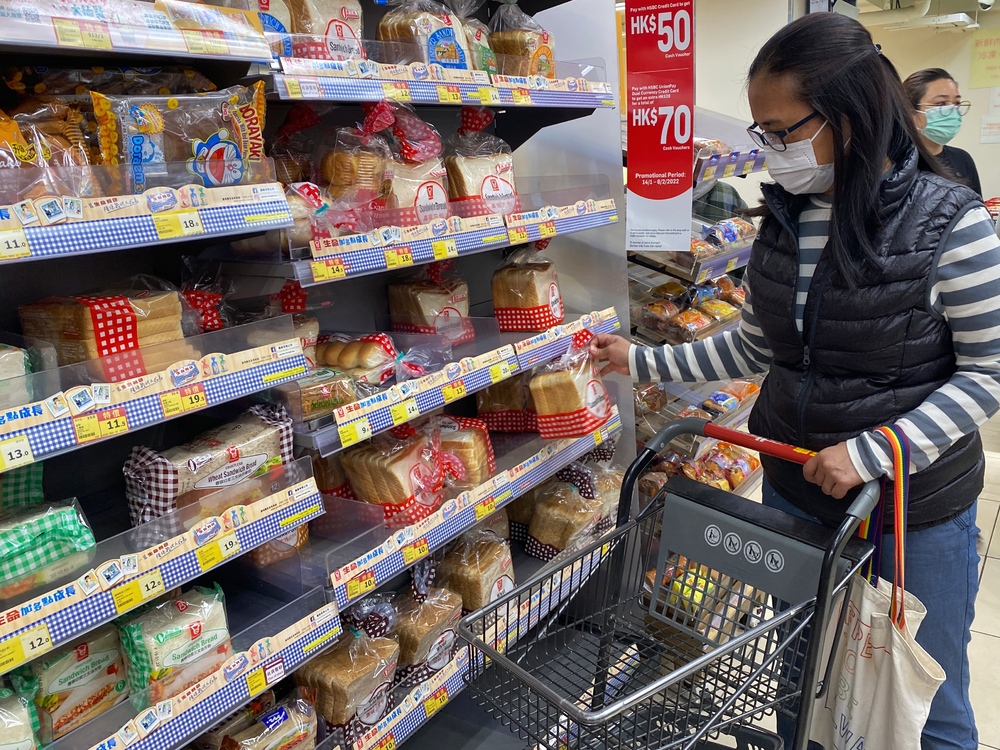 Two slices of bread would incur a sodium intake equivalent to over 20 percent of the daily intake limit recommended by the World Health Organization, according to a study by the city’s consumer watchdog.
The Consumer Council looked at more than 28 samples of prepackaged white bread and wheat bread sold on the market and found the overall average sodium content was higher than the non-prepackaged bread tested by the Council 4 years ago.

The watchdog noted that if the bread samples with high sodium content were used for making a sandwich with ingredients high in sodium, such as cheese or ham, consumers would incur an increased sodium intake unknowingly.

“The test results showed that in comparison to white bread, wheat bread had a higher average content across dietary fiber and minerals, such as iron, copper, zinc and magnesium. Dietary fiber can increase satiety and reduce the appetite, as a result helping to control body weight, as well as promoting peristalsis and preventing constipation,” said the Council.

The Council’s test also revealed a huge difference in total fat content between the bread samples, which differed by almost 10-fold between the samples with the highest and lowest content.

It said the sample with the highest total fat content also had the highest saturated fatty acid and trans fatty acids contents, presumably due to a higher percentage of butter and cream used amongst its ingredients.

“Consumers should pay extra attention when purchasing,” the Council noted.

Separately, amongst the test samples, nearly half of the samples were found to have a discrepancy between the actual and the claimed nutrient contents that did not comply with authorities’ labeling regulations.

“For example, one sample was detected with saturated fatty acids content that was more than 90 percent higher than claimed, whereas another sample with a claimed dietary fiber content reaching “high-fiber” definition was found to actually not even reach “source of fiber” level, which was disappointing,” said the Council, adding that the information of the relevant samples has been referred to the Centre for Food Safety for follow-up.
Add Comment