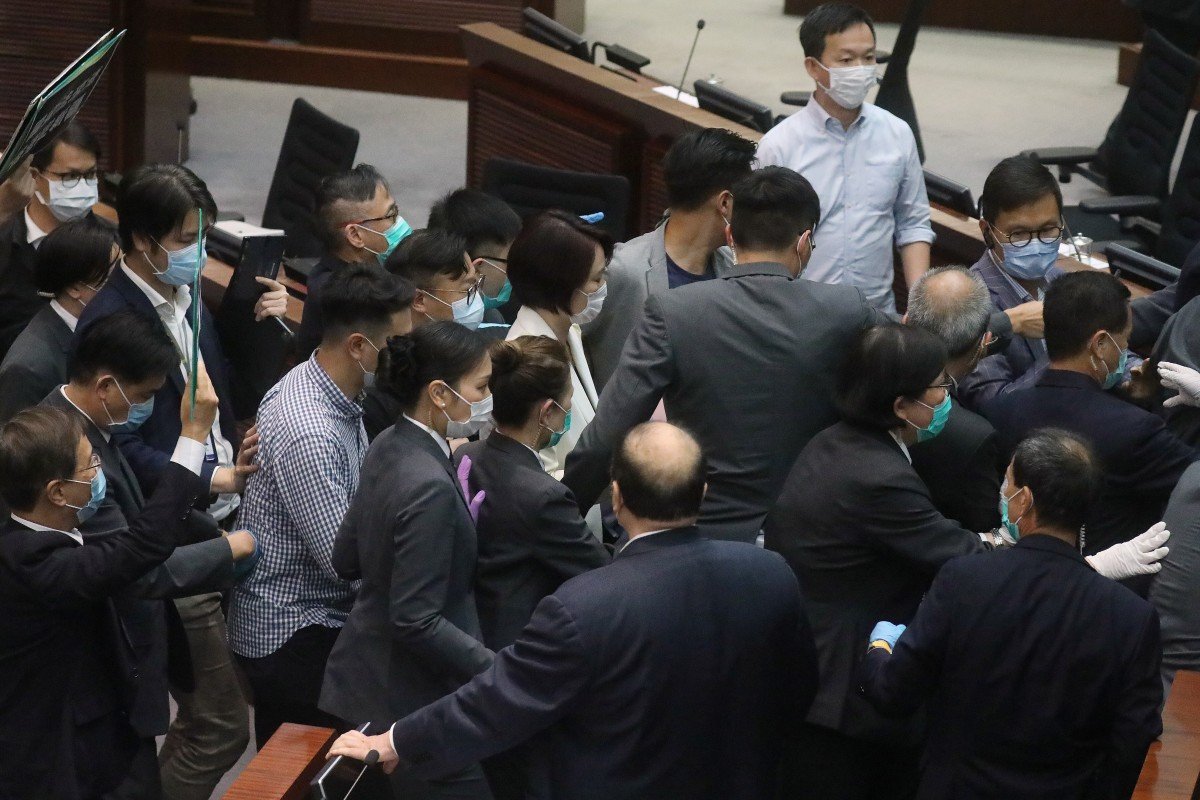 Move on eight opposition activists, including five legislators, for chaos in chamber must also be based on evidence, not political backgrounds
Members of Hong Kong’s legislature enjoy privileges and immunities intended to ensure they can perform their duties freely. These protections must be respected so lawmakers can serve Hong Kong without hindrance. But with privilege comes responsibility. In recent times, Legco meetings have often descended into ugly confrontations and, sometimes, violence.

There have been physical tussles between lawmakers, amid the chanting of slogans, the waving of placards, and various other forms of protest. These scenes, whatever their motivation, have damaged the legislature’s dignity and disrupted its proceedings. There is a need for a more constructive approach.

The arrest this week of eight opposition activists, including five lawmakers, for contempt and interference with Legco officers, raises questions, however. The arrests arise from chaotic scenes in the legislature on May 8, when pro-establishment leader Starry Lee Wai-king took control of the House Committee, and expelled 11 opposition legislators from the meeting. Her action ended months of delay in electing a chairman for the committee, which was holding up the passing of laws opposed by pan-democrats.

The opposition figures have been arrested on suspicion of breaching the Legislative Council (Powers and Privileges) Ordinance. They claim this is an abuse of a law intended to protect rather than target lawmakers. The Court of Appeal ruled in June that legislators were not immune from contempt charges if they disrupted proceedings. But the issue is yet to be settled by the Court of Final Appeal.

Pan-democrats have asked why only opposition figures have been arrested when pro-establishment lawmakers were also involved in the unseemly events. Police say they are acting on legal advice, some of which is still pending. There may be further arrests.

No one is above the law. But the law also applies equally to all. In recent months, opposition politicians have been barred from standing for election and arrested for involvement in last year’s civil unrest. A perception that the law can be used by one side to target the other must not be allowed to grow. Arrests have to be based on evidence, not a suspect’s political background.

The government is determined to restore order to Legco. The pro-establishment camp is currently considering further amendments to the legislature’s rules to combat tactics used by the pan-democrats. Opposition lawmakers must consider how to respond to these latest developments.

They should do so in a way that is constructive rather than disruptive. They have a responsibility to uphold the dignity of their office while representing their constituents and making sure their voices are heard.
Add Comment