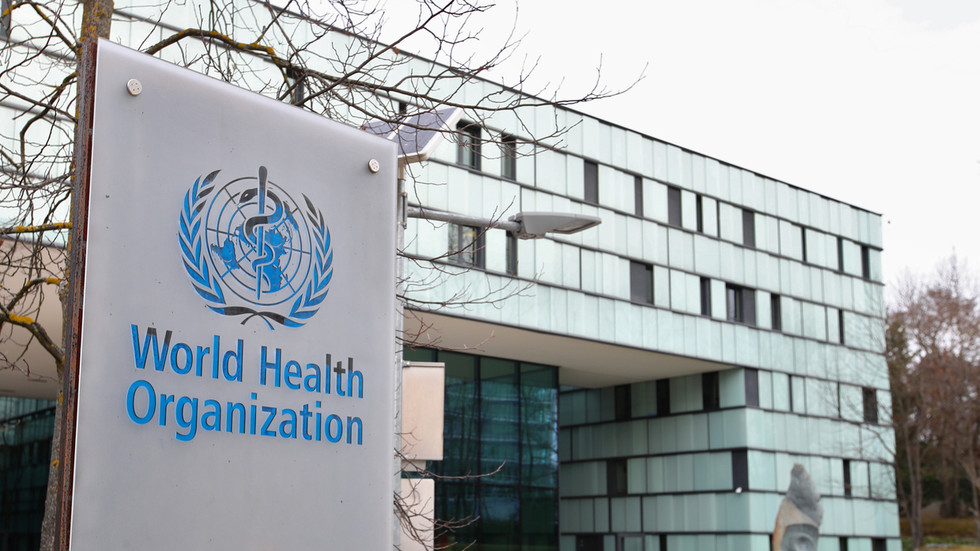 A World Health Organization report on Italy’s first response to a Covid-19 outbreak, that could have saved lives across the globe, has been taken down by the UN health watchdog, supposedly to appease Rome, media report.

A key WHO report in the spring detailing anti-Covid measures in the then worst-hit European nation – Italy – has been supposedly taken down to shield the Italian health ministry from criticism since the paper cast some of its actions in a negative light, a fresh report by The Guardian suggests.

Called “An Unprecedented Challenge: Italy’s First Response to Covid-19,” the report published in mid-May notes that Italy’s pandemic response strategy had not been substantially updated since 2006. Instead, the strategy papers were simply “reconfirmed” up to at least 2017, even though the WHO and the European Centre for Disease Prevention and Control (ECDC) had issued new guidelines that year.

Italy did issue another “framework” document called National Prevention Plan, the WHO paper notes. Still, planning “remained more theoretical than practical” and the lack of the much-needed readiness translated into Italy’s actual Covid-19 response being “improvised, chaotic and creative.”

The lengthy report that documented Italy’s Covid-19 response measures in great detail was, nonetheless, pulled down by the WHO itself less than a day after publication. It is still available on some other resources, like a website of one of Italy’s regional medical associations but it apparently did not get widespread circulation following the WHO’s sudden change of heart.

According to The Guardian, that might have had something to do with Dr Ranieri Guerra, the WHO’s Assistant Director-General for Strategic Initiatives.

Before taking up a high-ranking post with the UN health watchdog, Guerra served as the Director General for Preventive Health of the Italian Ministry of Health and the nation’s Chief Medical Officer. In this capacity, he was particularly responsible for updating the ill-fated pandemic response plans. The man is still part of the Italian government Covid-19 task force.

Some emails seen by The Guardian and Italy’s Rai TV broadcaster suggest Guerra might have had a stake in making the report disappear. As allegedly did Hans Kluge, the WHO’s Europe director, who even wrote an introduction to the paper.

In one of the emails dated May 13 (the day the report was published), Guerra told the report’s lead author, Francesco Zambon, that criticizing the Italian health ministry would hardly be “a great service to the country.” Another email to Zambon by Kluge says the Italian heath minister was “very disappointed” with the paper while hinting at a certain “relationship” between the minister and the WHO Europe director.

The UN health watchdog had previously told various media that the report was pulled down due to “factual errors” as well as “inaccuracies and inconsistencies”. It also said in a statement that it eventually opted for another mechanism to help nations across the globe to assess their Covid-9 responses and follow “best practices,” while deciding not to “re-publish” the report.

Zambon, however, challenged this narrative. “Never in nine months was I told that the report … has inaccuracies and inconsistencies,” he told Financial Times in early December, adding that the paper went through “several tiers of approvals” at the WHO.

He also said the content of the paper was sound – particularly when it comes to Italy’s planning. “The team thoroughly checked this and found that all the plans that came after 2006 were just copied and pasted – not a word or comma was changed in the text,” he told The Guardian on Friday.

The role the outdated governmental protocols played in Italy’s spring epidemic disaster is now being investigated by Bergamo prosecutors as part of a probe into the Covid-19 crisis. If the probe concludes this failure contributed to the disaster, many Italian former and current top health officials and even prime ministers could potentially face trials.

The WHO somehow appeared to be conspicuously uncooperative when it came to the Bergamo prosecutors’ probe. Guerra, who appears to be the only one with the knowledge about the ill-fated report, was questioned by the prosecutors in a closed session.

When it came to the team behind the report, however, the WHO stated such questionings would run precisely counter to its impartiality and independence principles.

Zambon in particular was summoned three times but was prevented from participating by the WHO, which maintains he should “enjoy” immunity. “When I received the first summons, I reported it to the WHO’s legal office and soon after they responded saying I couldn’t go as I was protected by immunity, despite the fact that I wanted to go as I had something to say,” the WHO coordinator for the European Office for Investment for Health and Development told The Guardian.

The WHO said in its statement to The Guardian that its staff are “international civil servants” who should perform their duties “impartially and without fear of retribution.”

“To preserve its objectivity and independence, WHO does not normally become involved in legal matters at the national level,” the statement said. Previously, the UN health watchdog also told the Italian foreign ministry that “Zambon and other aforementioned WHO experts have been requested not to present themselves at these hearings.”

Zambon, however, believes, it is all a result of the lack of impartiality that might even stand in the way of the WHO fulfilling its duties. The report’s publication “had life-saving potential,” he said. Yet, “a personal conflict of interest was considered more important than sharing lessons learned from the hardest-hit country at that moment,” he added.