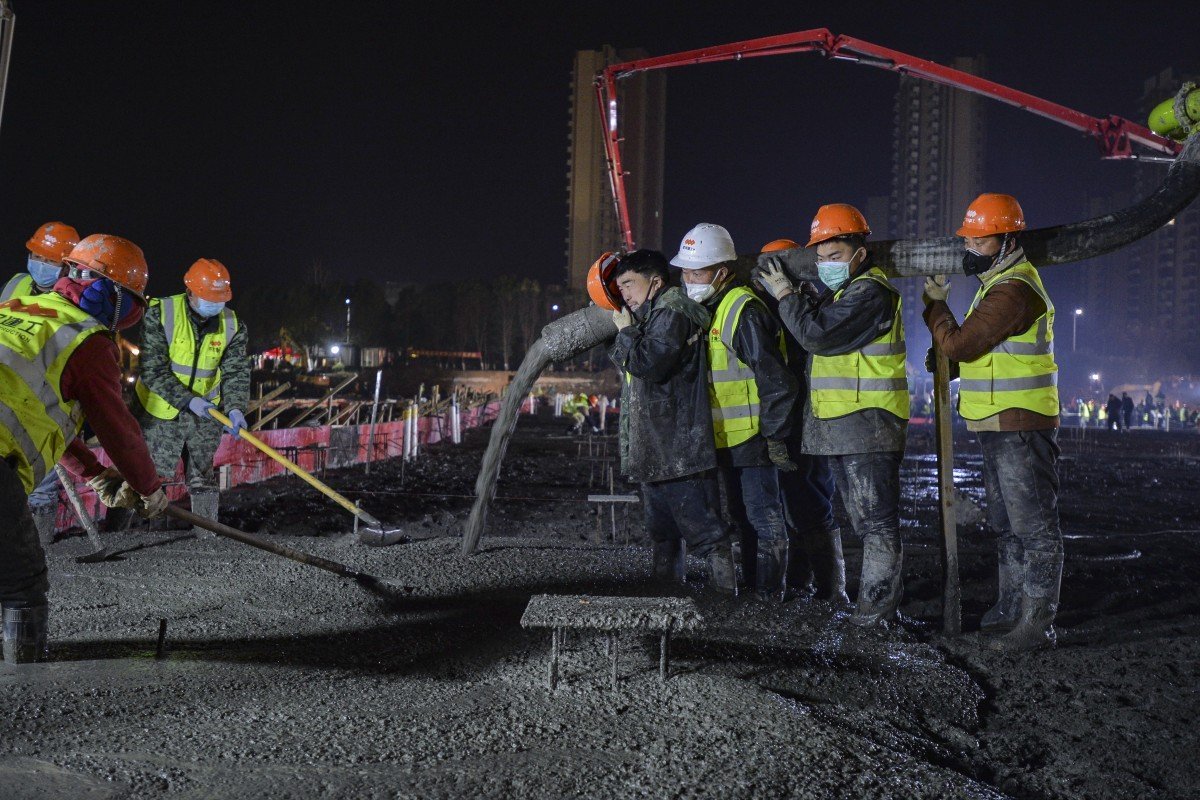 China coronavirus: confirmed mainland cases rise to 7,771, with deaths at 170

The number of known coronavirus cases jumped by 1,737 to to 7,771 in China on Thursday morning including the first confirmed case in Tibet, according to health authorities, raising the global total to almost 8,000 – and nearing the total infections worldwide in the Sars outbreak of 2002-03.

The epidemic’s death toll also continued to rise sharply, by 38 since Wednesday, taking the total to 170 – all in China – as of Thursday morning. The coronavirus is believed to have originated last month in a market that sold wild animals in Wuhan, the capital city of Hubei province in central China.

The suspected case in Tibet has been confirmed, meaning the virus has spread to all of mainland China’s 31 provinces, municipalities and autonomous regions. The 38 new deaths included 37 in Hubei, with the other coming in Sichuan province in the southwest.

United States President Donald Trump said his country would monitor the ongoing developments and was working closely with China.

“We have the best experts anywhere in the world, and they are on top of it 24/7!” he said in a tweet.

China’s top diplomat Yang Jiechi, a Communist Party Politburo member, had a telephone conversation with US Secretary of State Mike Pompeo on Wednesday.

“China has established an interdepartmental mechanism to contain the virus, taking decisive and effective steps in Wuhan and other places across the nation to fully curb the spread of the virus,” Yang was quoted as saying by the Chinese Foreign Ministry. “China has the confidence and ability to win the battle against the virus.”

Cases of infection have already migrated beyond mainland China’s borders to Hong Kong, Macau, Taiwan, the US, Japan, South Korea and several other countries since the Chinese government first reported the virus at the end of December.

A Chinese Communist Party leading group on the coronavirus prevention effort, chaired by Premier Li Keqiang, on Wednesday called the situation “complicated and grave”. Health authorities said that in addition to those cases already confirmed, there were more than 9,000 suspected cases nationwide.

According to state media, the group recommended that after the Lunar New Year holiday, which ends on Sunday, local government agencies should let employees from cities with a high number of confirmed cases work from home.

The group also said that measures should be taken to push manufacturers of medical supplies in short supply, such as face masks and goggles, to resume production as quickly as possible.

The Chinese Ministry of Finance said that as of 5pm on Wednesday, 27.3 billion yuan (US$3.9 billion) had been allocated for coronavirus prevention and control.

The virus can be transmitted from person to person. In one case reported on Wednesday, a German man who lives near Munich contracted the coronavirus from a colleague from Shanghai who was visiting his workplace; it is believed to be the first case of such transmission in Europe. Person-to-person transmission cases have also been reported in Japan, Vietnam and Taiwan.

Race to develop drugs and vaccine

The leading group meeting said research on vaccines and medicines should be expedited.

Also on Wednesday, state media quoted scientists on a new coronavirus research team from the Chinese Academy of Sciences as saying they had invented a test for antibody responses in infected patients, and also identified existing medications that are effective in containing the virus.

The three drugs – Remdesivir, GS-5734, Chloroquine, Sigma-C6628 and Ritonavir – are all “under process of authorisation for the use on patients”, according to the local newspaper Hubei Daily.

Scientists from mainland China, Hong Kong and the US are all racing to produce a vaccine for the new coronavirus.

Professor Yuen Kwok-yung, a leading infectious diseases expert from the University of Hong Kong, said his team of researchers had already developed a vaccine but that it has no timeline yet to be ready for use.

“We are always talking about years for a vaccine to be introduced on a large scale for patients,” Yuen said in a news conference on Wednesday.