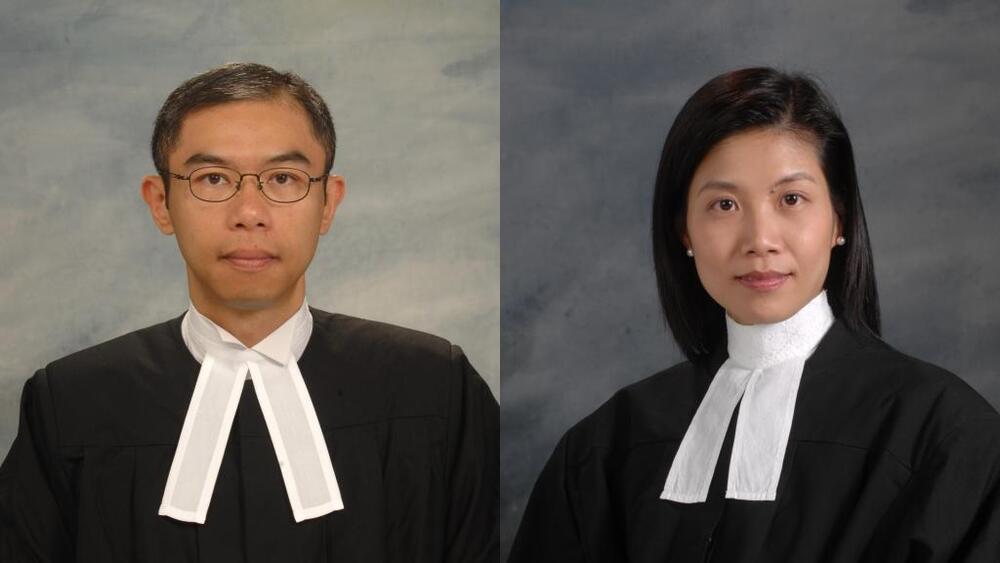 The complaints made against three judges in handling cases related to the social unrest, including taking a side or favoring the police, were ruled invalid as the Judiciary announced the investigation results on Tuesday.
Yet, Chief Justice Andrew Cheung Kui-nung admitted that magistrate Debbie Ng Chung-yee made “a serious error” when denying the defendant bail and sending him to a psychiatric center in a police assault case; and recommended that Ng reflect on the handling of the case to avoid such mistake in the future.

The defendant Yeung Pok-man, a then-29-year-old primary school teacher, was sentenced to nine weeks imprisonment for kicking a sergeant in the stomach when being stopped and searched by traffic cops at a Sheung Shui protest in November 2019.

Yeung’s appeal against the conviction was later rejected, and he filed a complaint against Ng, saying the magistrate was biased in favor of the police.

Yeung also complained that Ng was biased against him and held serious prejudice against him because Ng “shouted” at him to stop him from supplementing his evidence.

Ng also queried “whether the defendant was mentally and psychologically suited to teach”, and stated that “it was ridiculous for the defendant to think the policemen would throw him off the bridge, and the defendant must have suffered from inherent mental and personality defects that caused him to behave insanely”, according to the complaint.

The investigation by a panel of judges then ruled that there was no factual basis that Ng favored the police and accepted their testimonies based on contradictions.

Ng's original judgment showed she found that, although the two other police officers present did not see the assault due to its speed, it didn't cast doubt on the original testimony, and according to the panel, it didn't contradict the sergeant's testimony that said he was kicked by Yeung.

However, the panel considered that Ng handing down the psychiatric center order was a clouded judgment as she was “led astray by her … erroneous view that the defendant’s thought was so ridiculous that he must have some mental problem.”

“She [Ng] had made a serious error in calling for two psychiatrists’ reports and revoking the defendant’s bail, which had led to his being remanded in Siu Lam Psychiatric Centre,” the panel said.

Cheung recommended that Ng reflect on the handling of this case and not commit similar errors in the future.

According to the gist of complaints, Heung was biased in her findings of fact in that she failed to adequately consider the defendant’s circumstances when she accepted the testimony of the police officers and unreasonably inferred that the defendant deliberately walked slowly to the road in order to provoke the officers; and she disregarded the defendant’s plea in mitigation and imposed an immediate custodial sentence.