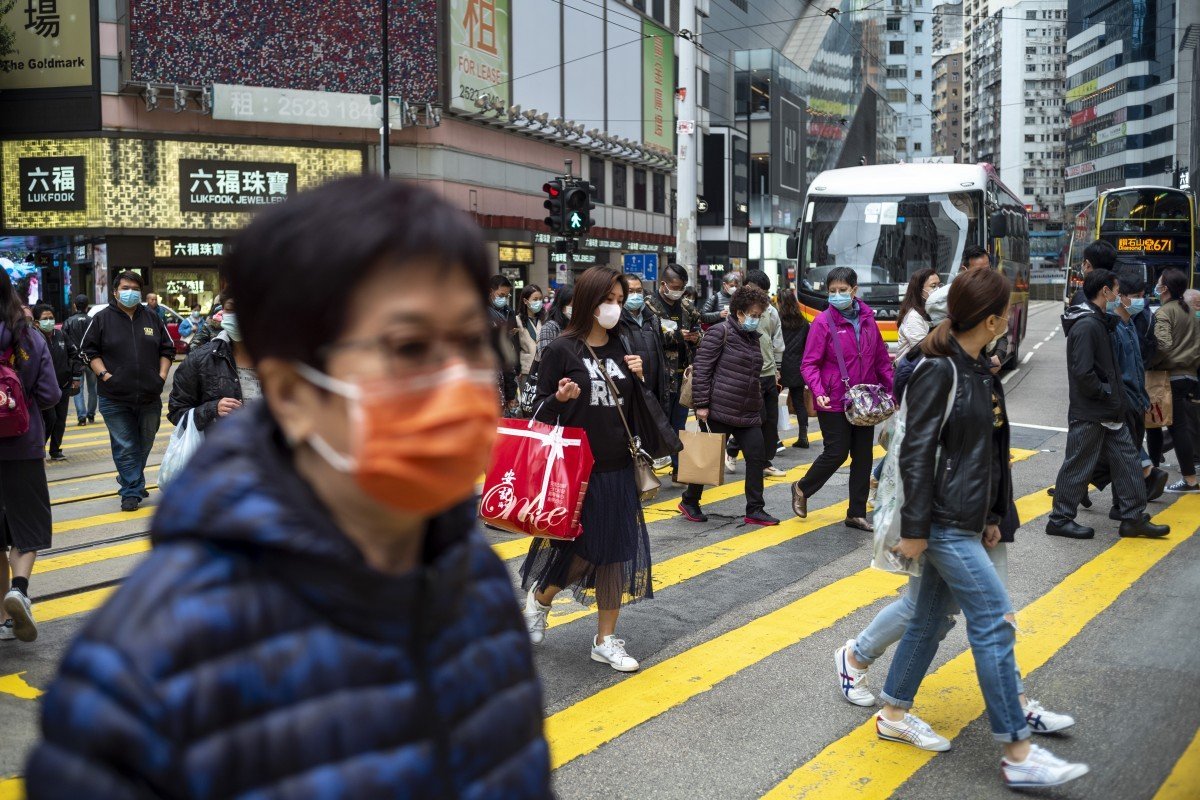 A top microbiologist has declared a community outbreak of the deadly coronavirus in Hong Kong as a government adviser revealed mainland Chinese entering the city could be quarantined in hotels or public facilities under compulsory restrictions taking effect on Saturday.

The dreaded confirmation of a local spread came a day after the government said all travellers from the mainland, including Hong Kong residents, would be placed on a mandatory 14-day quarantine as part of its escalated response to the contagion.

The city’s administration was expected to provide more details on how that would be executed on Thursday afternoon amid uncertainty over the manpower and resources at its disposal to impose effective measures.

Professor Yuen Kwok-yung, a leading microbiologist and infectious-diseases expert at the University of Hong Kong, said many of the 21 patients found to be infected in Hong Kong had not visited the mainland recently.

He added it was certain a local outbreak had started and human-to-human transmission was taking place within the city. Yuen warned every measure must be taken to minimise the spread, including further border closures.

Six people in the city have been diagnosed with the coronavirus over the past two days, five of whom had not left the city recently. Of the 21 cases in total, eight were believed to have no travel history relevant to the coronavirus.

“The local transmission chain has begun, and if we do nothing to control it, Hong Kong will become like some mainland city that has suffered lots of cases,” he warned.

The priority for the 14 days from Saturday was to stop more people from the mainland with the virus entering Hong Kong, Yuen said, adding all measures must be taken to break the chain of local transmission.

As of Thursday morning, more than 28,200 people had been diagnosed with coronavirus worldwide, mostly on the mainland, with the death toll rising to 565.

Hong Kong recorded its 21st case on Wednesday. A day earlier, a 39-year-old man from Hung Hom became the first coronavirus patient to die in the city.

Yuen said transmission of the virus had proven to be very efficient, in a similar vein to the spread of seasonal flu.

“Many people blamed me earlier for exaggerating [the situation] previously, but what I said was based on scientific facts, not personal feelings,” he said, referring to previous remarks about transmission.

“Once we have a bigger outbreak, even if you do not close the border, the city will be isolated [by others]. It would be too late then.”

The virus threat has triggered panic across much of Hong Kong, with thousands queuing overnight for surgical masks on several occasions and supermarket shelves being cleared by increasingly desperate shoppers.

Yuen, who had previously urged the government to go further in closing border crossings, would not comment on whether the government’s latest interventions had come too late.

“Of course it would be good to tighten measures as soon as possible, but the government might have difficulties. We should stop criticising each other and win the war together,” he said.

He also said non-locals, including mainlanders, could be quarantined in their own hotel rooms or government facilities.

“We can accept it if they are staying in hotels, and hotels’ employees can even help us to see if the they obey the [quarantine] order,” Lam said. “They can call police if the visitors run away.”

But the government adviser admitted there might not be enough quarantine facilities available, adding officials were accelerating the identification of new locations such as hotels or holiday camps.

A source familiar with the government’s position said mainland travellers would have to bear the cost of extending their hotel stay to the full two weeks.

“The government won’t pay for the hotel rooms rented by incoming mainland travellers,” the source said.

“For those mainlanders who haven’t booked hotel rooms in Hong Kong, the government will put them in quarantine centres.”

He added cross-border truck drivers would be exempt from the changes, to guarantee the food supply and the flow of other goods to Hong Kong.

“It’s groundless [to say] that food will run into short supply in Hong Kong after the implementation of the new measures,” the source said.

Yuen urged the public to practice good hand hygiene and wear a mask, adding people without the face coverings should avoid going out or keep a “six-tile” distance with people when socialising, referring to the paving on the ground.

“Be pragmatic. I cannot ask people not to wear a mask, because people go to work in Hong Kong on daily basis. People are everywhere, inside an elevator, on a bus or train,” he said.

For those self-quarantining at home, Yuen said they and all their family members should wear masks regardless of whether they had been to the mainland, adding each relative must eat in separate rooms.

His remarks came a day after Chief Executive Carrie Lam Cheng Yuet-ngor apologised for ordering officials to only wear masks in limited circumstances, in a bid to conserve supplies.

The edict sparked confusion, with critics questioning if it would cause more panic over mask supplies.

Lam later clarified she was only discouraging healthy civil servants from wearing a mask, and the instruction applied just to principal officials.