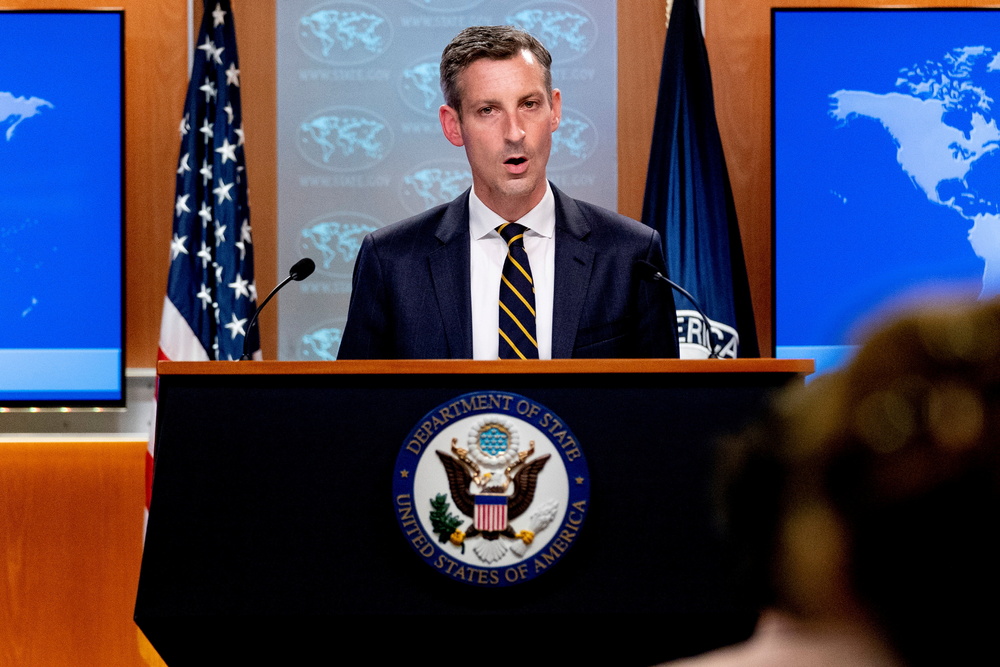 The Office of the Commissioner of the Chinese Foreign Ministry in the Hong Kong Special Administrative Region (HKSAR) on Friday strongly disapproved of and firmly rejected irresponsible remarks of some U.S. politicians and misguided comments of some European Union (EU) officials on Hong Kong.
U.S. Secretary of State Antony Blinken and State Department spokesperson Ned Price made irresponsible remarks about Hong Kong court's trial of anti-China, destabilizing forces in Hong Kong in accordance with law, and some EU officials in Hong Kong made misguided comments on the national security law in Hong Kong.

"We urge those U.S. and EU politicians to stop whitewashing disruptive elements in Hong Kong, stop smearing the national security law in Hong Kong and the law-based governance of the HKSAR government, and stop interfering in Hong Kong affairs and China's internal affairs," said a spokesperson of the office.

The spokesperson pointed out that Hong Kong is a society under the rule of law where it enforces laws and regulations and prosecutes any illegal acts.

"There are clear facts and conclusive evidence that Jimmy Lai and some others incited and participated in unauthorized assemblies," the spokesperson said. "It is natural and necessary for the Hong Kong police to arrest the suspects and for the Hong Kong court to try them in accordance with law, and no external force has the right to interfere."

The spokesperson said certain U.S. politicians, under the guise of "freedom of speech and assembly," smeared the HKSAR government and its judicial authorities, called for the release of criminals, and clamored the hypocritical slogan of "stand with Hong Kong."

The spokesperson stressed that under the national security law in Hong Kong, Hong Kong's public order has been restored, the rule of law has been upheld, and its development has returned to the right track, opening a new chapter from chaos to stability and prosperity.

Facts have proved that the national security law in Hong Kong only targets a small number of criminals who seriously endanger national security, and the extensive lawful rights and freedoms enjoyed by Hong Kong residents and foreigners are effectively protected, the spokesperson said.

The spokesperson pointed out that certain countries, such as the United States, claim to be "models" of human rights, democracy, and freedom. "Actually, the opposite is true. The number of Americans living in poverty increased by 3.3 million in 2020. So far, 800,000 Americans have died from Covid-19, and close to 2,000 Americans lose their lives every day due to the virus," the spokesperson said.

The problems in the United States such as political polarization, social division, systemic racism, and divide between the rich and the poor become more acute, the spokesperson said. "Its image as the 'city upon a hill' has collapsed and it has no right to lecture others or meddle in others' internal affairs."

The spokesperson reiterated that Hong Kong is part of China and Hong Kong affairs are purely China's internal affairs.

"We urge some U.S. and Western politicians to recognize the fact, change course, stop interfering with Hong Kong's rule of law and stop playing the trick of using Hong Kong to contain China," the spokesperson said.
#COVID-19  #Covid
Add Comment