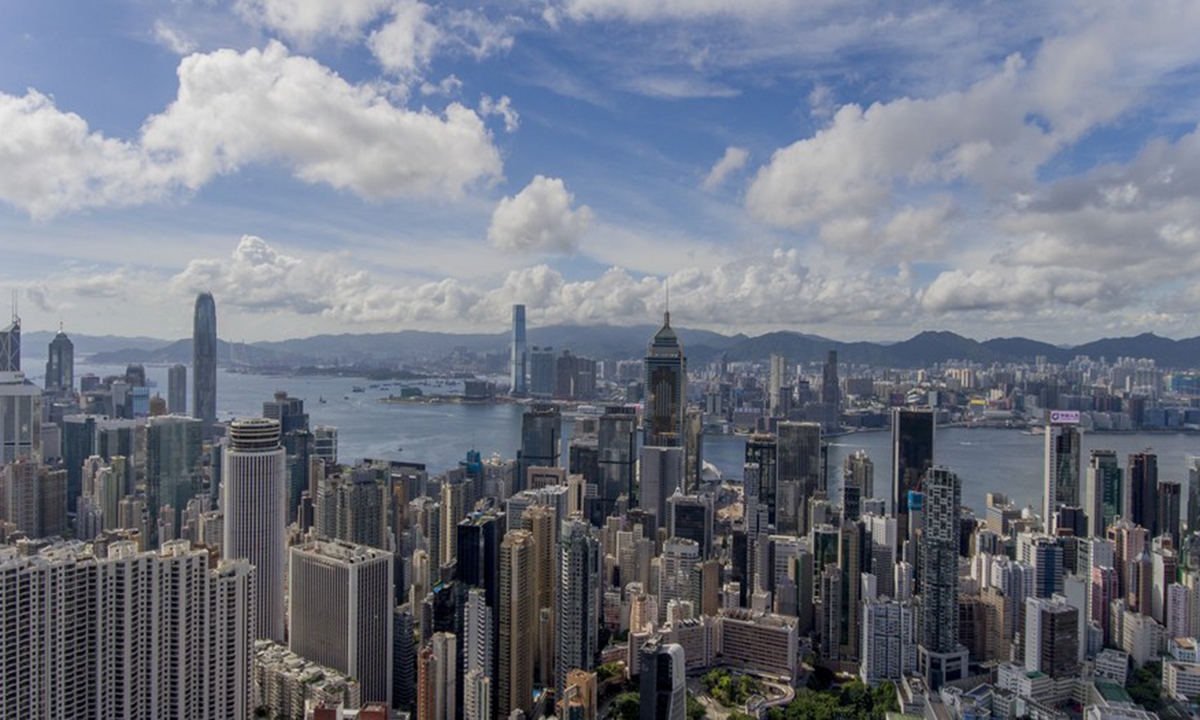 A spokesperson of the Commissioner's Office of the Chinese Foreign Ministry in the Hong Kong Special Administrative Region (HKSAR) Thursday reiterated its strong indignation and firm opposition to a few foreign politicians' denigration of the decision of the Standing Committee of the National People's Congress (NPC) concerning Hong Kong.
The spokesperson said that the loyalty of politicians to the country is not unique to China or the HKSAR, but is a recognized international practice that is common to all countries.

The NPC Standing Committee's decision ensures the principle that Hong Kong shall be governed by Hong Kong people with patriots as the mainstay and it is clearly applicable to the basic political ethics of all Legislative Council (LegCo) members. It has nothing to do with the political ideas of LegCo members and does not affect democracy and freedom in Hong Kong in any way.

No country would allow people who split the country, subvert the regime and collude with external forces to hold public office. No country will allow parliamentarians to betray their vows and violate the law without bearing the legal consequences. A small number of foreign politicians confused right and wrong, which is a naked double standard, said the spokesperson.

The spokesperson said that the NPC Standing Committee's decision aims to ensure Hong Kong's governing bodies to operate normally under "one country, two systems" and to better implement the principles of "the people of Hong Kong governing Hong Kong" and a high degree of autonomy.

Hong Kong's LegCo has been hijacked by anti-China activists so that it took over six months to elect a chairman of the House Committee, and bills concerning the economy and people's livelihood was stalled for a long time.

The NPC Standing Committee's decision addresses the right problems and opens a new page for the smooth operation of the LegCo. However, in the eyes of these Western politicians, only a hijacked and paralyzed LegCo is conducive to protecting public political expression and can reflect Hong Kong's democracy and freedom, which is absolutely hypocritical, absurd and overbearing, the spokesperson said.

The spokesperson stressed that the legal basis for the central government administering the HKSAR is the Constitution of China and the HKSAR Basic Law. A small number of foreign politicians use the Sino-British Joint Declaration as a pretext. However, none of the articles in the declaration gives foreign countries the right to interfere in Hong Kong's affairs.

The spokesperson said that the NPC Standing Committee's decision, which improves "one country, two systems", will only promote the prosperity and stability of Hong Kong. The Law of the People's Republic of China on Safeguarding National Security in the HKSAR previously adopted by the NPC Standing Committee has become a major turning point from chaos to order in Hong Kong.

The decision has further safeguarded national security and the constitutional order of the HKSAR, which is what the public has wished for. As many as some 380,000 netizens signed up to support the decision on the same day when it was announced.

The spokesman stressed that Hong Kong affairs are purely China's internal affairs. Any intimidation and sanctions can not shake China's will to safeguard Hong Kong's prosperity and stability.

More and more people in Hong Kong have recognized the plot of external interference, and more and more countries understand and support China's efforts to safeguard national security and the prosperity and stability of Hong Kong.

A few foreign politicians are advised to recognize the general trend, immediately withdraw the black hand that interferes in China's internal affairs, stop interfering in Hong Kong's affairs in any form, and do not go further on the wrong path, the spokesperson said.
Add Comment