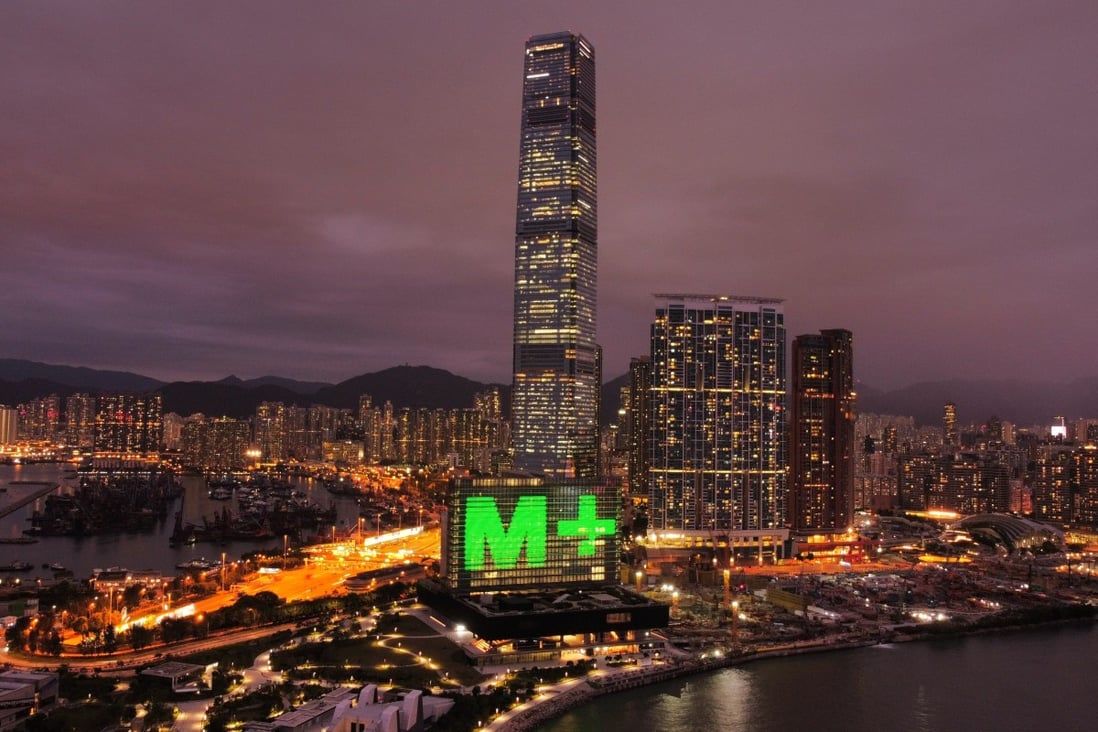 The West Kowloon Cultural District Authority has put up for tender a property to be developed into three commercial buildings with office, retail, dining and entertainment components.

The property could fetch a bid as high as HK$10.5 billion (US$1.3 billion), according to one valuation, given that Hong Kong’s tourism is likely to have recovered from its pandemic malaise by the time construction is complete in four to five years. Estimates put construction costs at HK$8 billion.

The project is a “landmark commercial development” to be dubbed the Artist Square Towers (AST) Project, according to the authority. 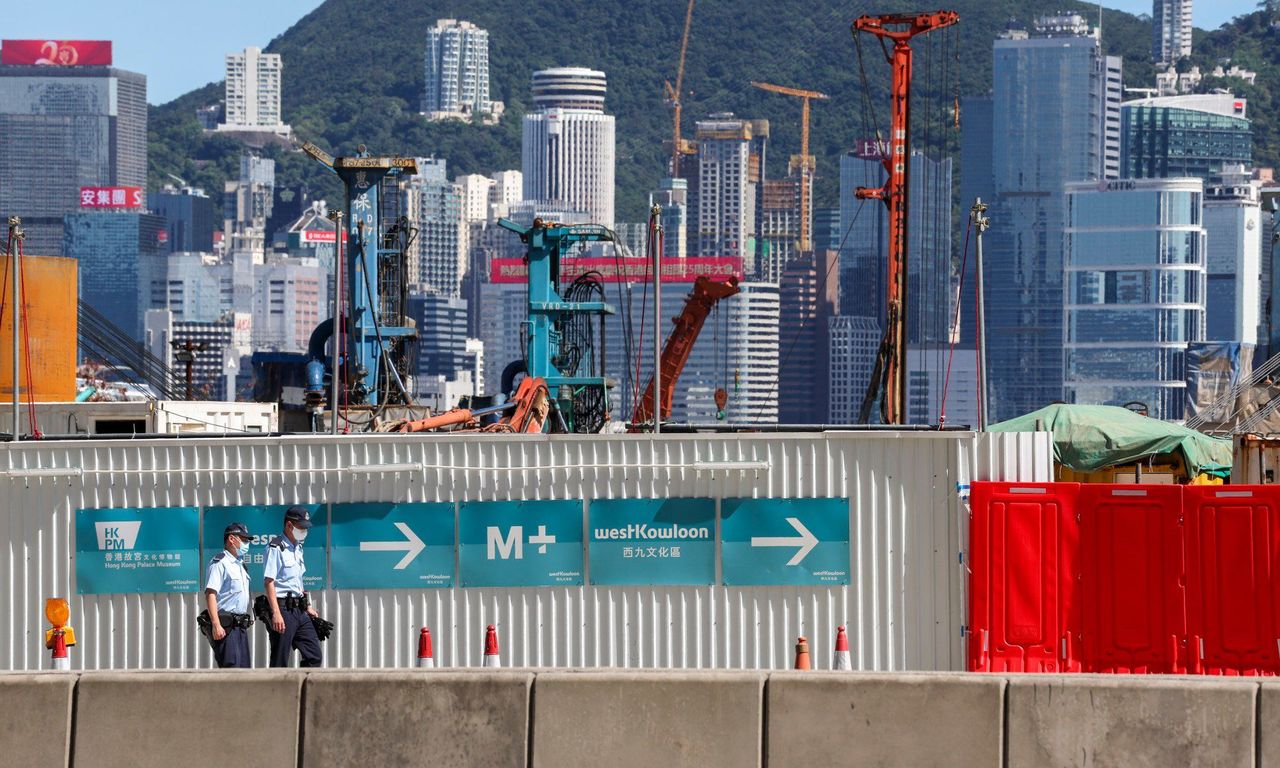 Police officers patrol outside a construction site in the West Kowloon Cultural District on June 28, 2022.

The deadline for tender submissions is November 14 at 5pm.

“The AST Project is one of the flagship commercial projects of the [area], dedicated to creating a new cultural central business district in Hong Kong,” a statement from the authority said. “It will provide the private sector with a precious opportunity to take part in such an ambitious arts- and culture-led development.”

The winning bidder will have the development and operational rights of the AST Project for 47 years under a build-operate-transfer (BOT) model, unlike the usual 50-year grant given to the winning bidders of other land tenders in Hong Kong.

“The project will have good prospects in the long term, as after the opening of the Palace Museum, M+ and other facilities, the district will become a true cultural hub with a strong market position,” said Hannah Jeong, head of valuation and advisory services at Colliers in Hong Kong. “Once the office and retail development is completed, the West Kowloon area will be another business hub [that is] even larger than the Quarry Bay island east hub.”

The foundation and basement car parking facilities in the district have already been built, Jeong said, meaning lower costs and faster construction for developers.

“The project will be suitable for end users like large corporates looking for exclusive use of the building with a good naming-rights signage facing Victoria Harbour,” she said.

Sun Hung Kai Properties, which won the commercial parcel above the West Kowloon terminus, is likely to be interested in the project, as is Sino Land, which is part of a consortium that built the Grand Victoria residential project in southwest Kowloon. Sino Land also owns the China Hong Kong City commercial complex in neighbouring Tsim Sha Tsui district, which includes five office towers, a shopping centre, a hotel and a ferry terminal, said Vincent Cheung, managing director of Vincorn Consulting and Appraisal.

“Developers will have a concern about the uncertainty with the 47-year model, as ordinary land grants in Hong Kong give the winning bidder a 50-year lease term and upon expiry, they only need to pay 3 per cent of the weighable value of the land,” Cheung said.

Another concern is that since the authority managing the district is a statutory body, the winning bidder will have to deal with the Hong Kong government plus the authority, he said.

Cheung estimates the land and construction costs for the property at about HK$11 billion.

“This project is slightly different from a regular government tender site, as it is tendered under the BOT procurement model,” said Michael C.K. Lee, associate director of valuation and advisory at Prudential Surveyors. “The total land value could reach HK$10.5 billion.”

“Taking into account the prominent future of the West Kowloon district, by the time the development is completed, it is likely to be after four to five years,” Lee said. “The pandemic should have hopefully vanished and the tourism industry should have recovered.”