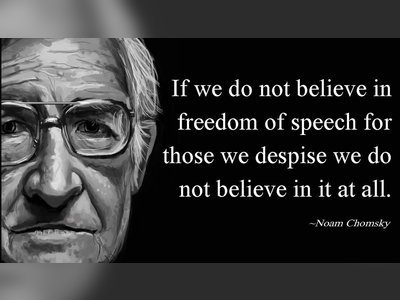 University lecturer, 73, sacked for telling colleague 'Jewish people are the cleverest in the world' and 'Germans are good engineers' says he is victim of 'woke' university culture which is 'obsessed with racism' as he launches appeal against ruling.
View full article

Mike 121 days ago
In a world that kick out the New York Times reporter for telling her honest opinion (and systematically publish fake news), why should we be surprised?

JamesT 121 days ago
Saying become a crime. But on the other hand “Silence is violence” too.

Whatever you say, or not, is wrong.

It doesn't mean you had RED CORVETTE OWNERS, if in your experience,
you generalize and say Red Corvette owners seem to pass me more than
owners of White mini-vans.

yourname 121 days ago
Appreciate your post. So many sites in world, are afraid of people actually mentioning ideas.
You make good point if he said something negative, that would already be censored.
If the does the opposite and says something positive, this is also attacked.
Doesn't make sense for both to be objectionable.

Had he said everyone has equality of result in every possible endeavor and field, with an example being
pacific islanders are equally good at running a marathon as kenyans
or people from cambodia have as many 100 yard dash medals as people from jamaica.
He could have said that...
But then again, that would have been untrue as well.