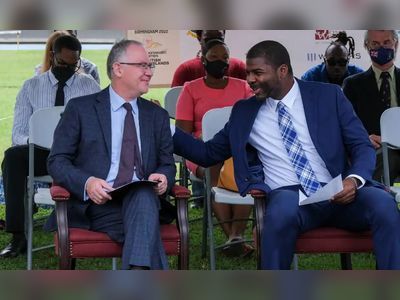 UK foreign secretary decided “to give” territory two years to implement reforms to tackle corruption. It is not clear how Liz Truss is giving to the islanders what belongs to them anyway and not to her, so it would have been better to avoid this colonialist statement. However, the good news is that England will not adopt the COI's criminal recommendation to dismantle democracy on the island. Now perhaps the British government can take advantage of the next two years to cure the endless corruption that has taken over 10 Downing Street.
View full article

Boos 113 days ago
England is unable to teach any country what good governance is. Downing 10 is run like a brothel in a Third World country. A bunch of criminals.

A health minister who stole £ 3million from Corona's money to buy alleged health equipment, without a tender, from a company he claims “he forgot” he owned.

A minister who paid £ 800,000 “consulting fees”, to his married mistress to have sex with her at the health minister's office.

A finance minister who has evaded paying £ 21 million in taxes, claiming it is income “belonging to his wife” who has declared she does not live in England even though her husband is the finance minister and her home is in the heart of London.

Cabinet ministers who celebrated at the party with alcohol during the death of Prince Philip, while the Queen mourned and isolated.

A Home Secretary minister who is herself an refugee from India, which pays Rwanda, a country that England has declared a corrupt country that violates human rights, hundreds of millions of pounds to deport refugees in need of protection. And it is unclear how much of that money Rwanda pays back to decision-makers in England as a kick back..

Compared to all these. 16 Coronavirus parties against the law, Sunak and Johnson lies to Parliament, and the breach of the lockdown laws they themselves formed against the whole English population who stupidly made sure to uphold the law instead of violating it as legislators themselves did, all this looks like a Mafia, not a parliament.
Hong Kong News
Subscribe to the SCMP
Subscribe to The Standard
Advertise at SCMP
Advertis at The Standard
NEWS.GOV.HK
Business & Finance
Add Your News
0:00
×