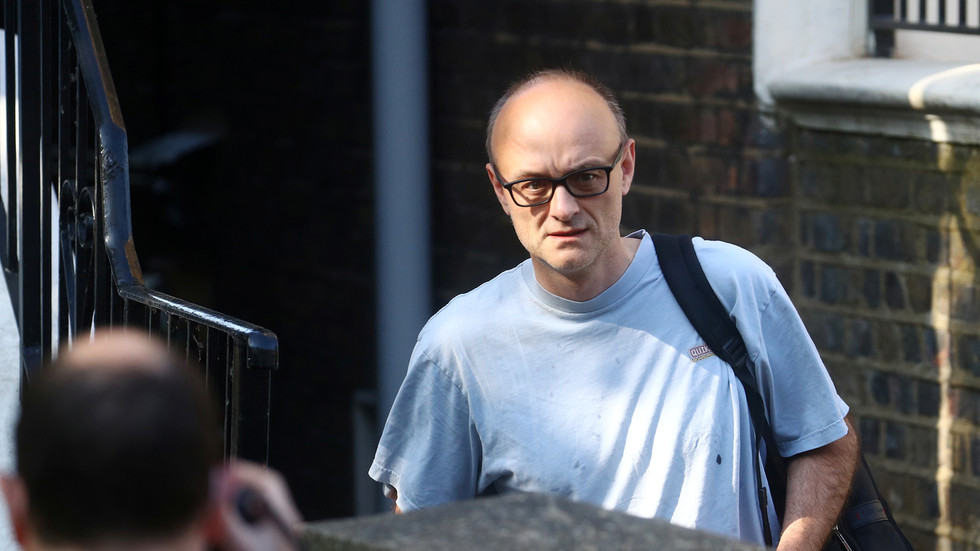 Come on! Dominic Cummings’ name didn’t trend on Twitter… because of anti-porn filters

He may have remained relentlessly in the news for the past week, but Boris Johnson’s embattled chief adviser Dominic Cummings still hasn’t managed to trend on Twitter, despite being the subject of ample social media trolling.

That’s because Twitter’s anti-porn filters have prevented his full name in its correct form from appearing in the trends, according to the Guardian.

Cummings has been subjected to intense scrutiny since it emerged that the UK prime minister’s top aide had made a 260-mile trip from London to Durham with his ill wife during the height of Britain’s Covid-19 lockdown, when the government was explicitly urging people to stay at home.

Any sensible answers to the question of why 'Dominic Cummings' isn't trending?

In the ensuing public and social media storm, various misspellings including “cummigs” and “cummimgs” trended instead of his actual name. Anyone who tried to use the correct spelling of Cummings’ name were offered incorrect auto-complete versions to use instead.

The name “Dominic” also trended on its own, along with locations like Durham and Barnard Castle, where the aide took his family for a drive on his wife’s birthday (a trip he insists was to test his eyesight before the drive back to London).

The absence of #cummings on the site this week is an example of what’s known as the Scunthorpe problem, so named because the English town has dealt with its fair share of unintentional online censorship due to a certain string of four letters which algorithms recognize as obscene.

Miraculously and rather amusingly, however, while the filters did their best to prevent Cummings’ name from trending, the algorithms didn’t manage stop #cumgate from being widely used on the website.

The only way to get Dominic Cummings trending is to use #dominicgoings pic.twitter.com/uGCXWInm3F

That arguably worse hashtag managed to slip through because there are many words beginning with the same three letters -cumbersome, cumulus, and Cumbria for instance -that the algorithm allows through.

Twitter has not commented on the filtering system in relation to the Cummings saga.