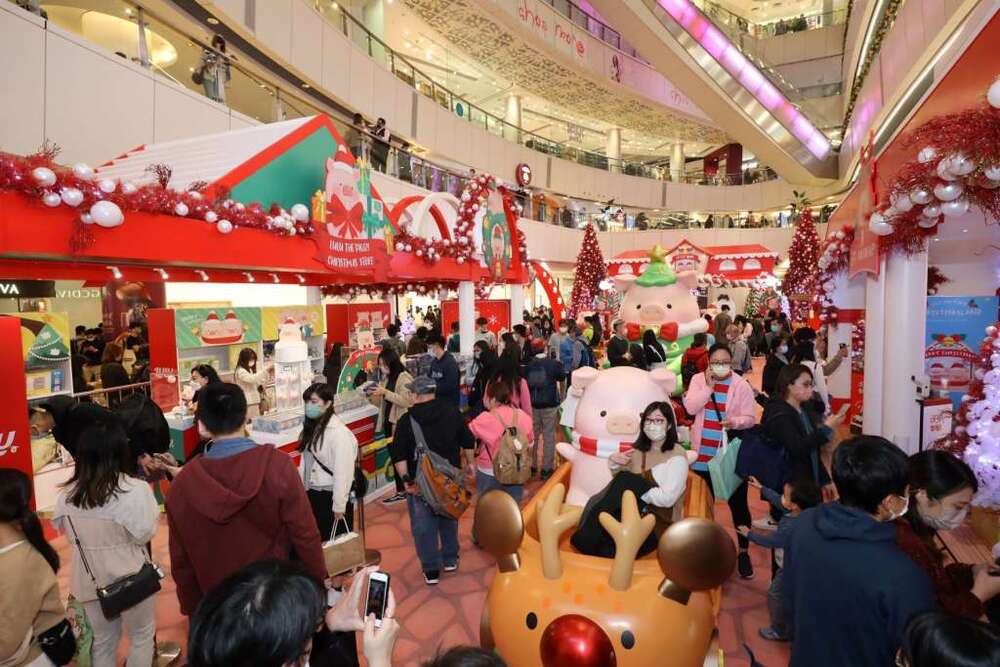 Fifteen shopping malls under Sun Hung Kai Properties have seen their business go up 30 percent during Christmas from the same period last year, thanks to the cold weather and consumption vouchers.
The developer said in the seven days from December 21 to 27, the revenue of the 15 malls increased by 30 percent year-on-year.

Shops selling jewelry, watches and electronic products reported good business, so did restaurants that benefited from a revival of business gatherings and wedding banquets.

A Chinese restaurant said it was fully booked two weeks before the Winter Solstice, and it earned HK$6,000 to HK$8,000 per booking.

Caterers also reported satisfactory performance for Christmas lunch and dinner, and said that their revenue soared 50 percent during peak periods.

Accessories and children’s wear stores have seen their business increase by 25 percent year on year, while clothing, cosmetics and electronic appliances stores also recorded a 20 percent growth in business, the developer said.

Lawmaker Shiu Ka-fai, from the wholesale and retail sector, said there has been double-digit growth in sales of clothes and electronic products during Christmas.

He attributed the rise in turnover to the weather and the distribution of the third batch of electronic consumption vouchers of HK$1,000 to about three million Octopus users. He said people used what they previously budgeted for travel on shopping instead.

Financial Secretary Paul Chan Mo-po said the fiscal deficit for this financial year will be much lower than what he projected earlier. A key factor that comes into play is the consumption vouchers, Shiu said, as increased spending helps lift the government's income.
Add Comment