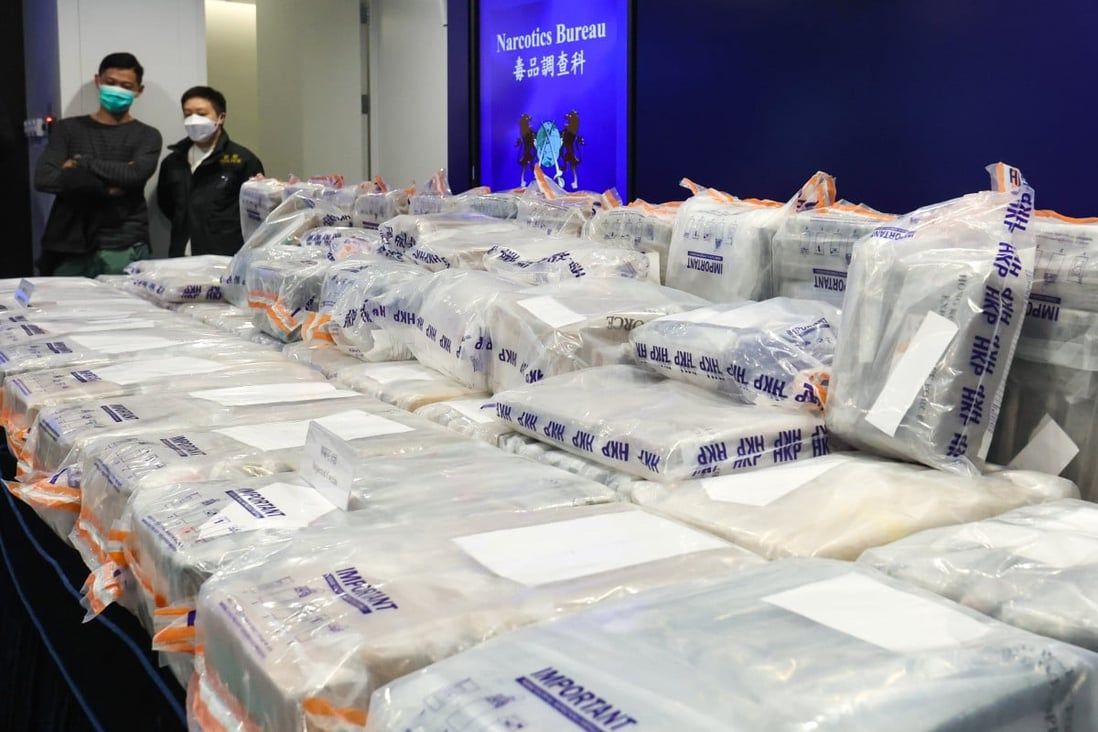 Police unearth 424kg of the drug, making it largest cocaine bust this year.

Hong Kong police have seized 424kg of suspected cocaine worth about HK$366 million (US$47 million) hidden mostly in a hole in the ground at a warehouse, making it the largest bust of the drug this year.

Senior Superintendent Cheung Tin-lok on Friday said officers from the narcotics bureau on Wednesday had found 396 bricks of suspected cocaine – weighing around 1kg each – concealed inside a pit located in a warehouse in Yuen Long.

Another 28kg of suspected cocaine was later discovered in a metal hut owned by the same syndicate in Yuen Long. 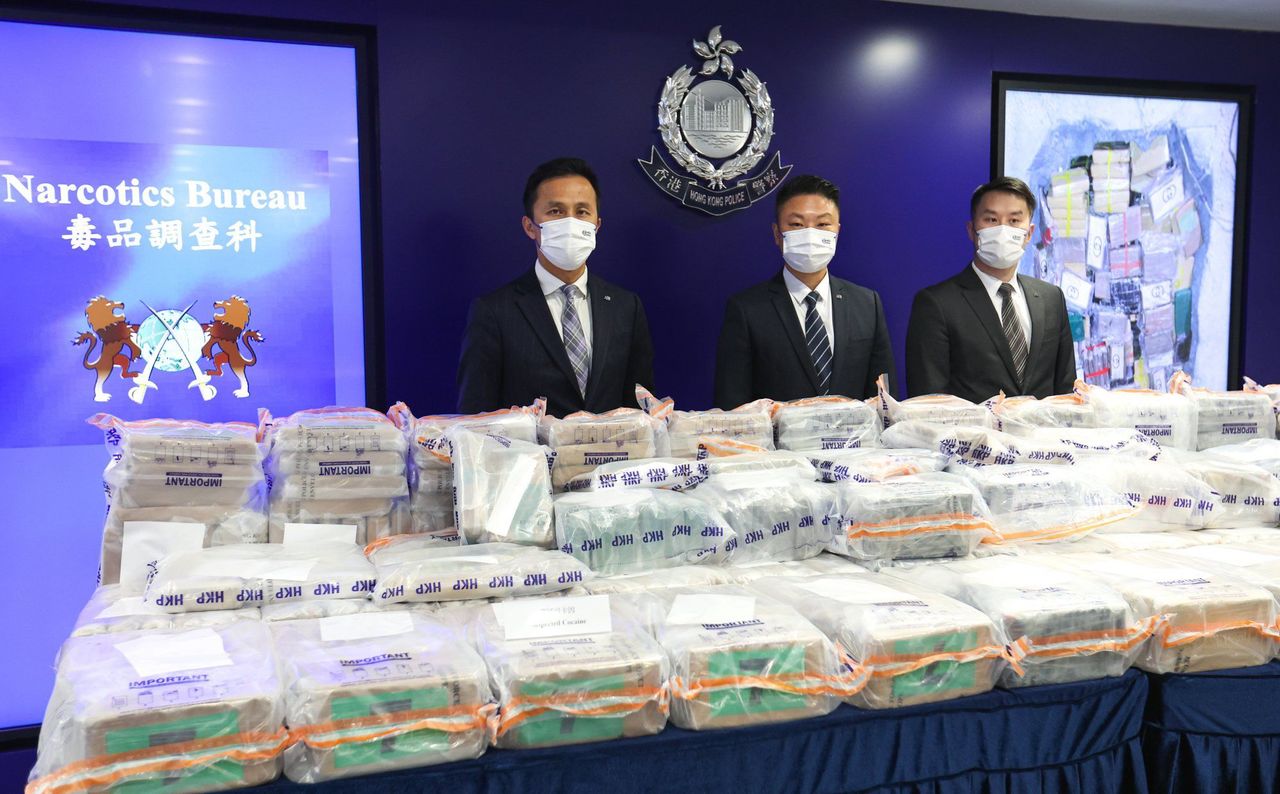 Police display the 424kg of suspected cocaine found mostly in a hole in the ground at a warehouse.
Four men and one woman aged between 22 and 25 were arrested and detained. Police said they would lay a holding charge against them, with one count of drug trafficking.

Cheung said in a press conference that the 424kg of cocaine was the city’s biggest seizure of the drug this year.

“This is also the first time police have found someone using a hole in the ground to hide drugs and avoid detection by law enforcement officers,” Cheung said.

Police said they believed the drug syndicate behind the stash had planned to sell the cocaine during the coming new year, Lunar New Year and Easter holidays to gain huge profits.

They added that last year’s biggest cocaine bust involved 706.2kg of the drug, making it the largest amount seized in a decade.

Superintendent Lau Kai-ping said the bureau had been investigating the syndicate since June, carrying out the arrests this month when the time was ripe.

He said the hole – around 1.8 metres long, 1.2 metres wide and 0.5 metres deep – was covered by a wooden board and some debris, with a car parked on top of it.

Officers said the haul was wrapped with tape and different packaging and that some moisture was found on the waterproof bags.

“Police believe that this batch of drugs was smuggled into Hong Kong by water,” Senior Inspector Ng Ka-lun said, adding that the haul could be from South America.

“The drug syndicate used a garage in a remote location as a cover to stash suspected cocaine worth hundreds of millions in order to increase the difficulty of law enforcement and lower the risks of being intercepted.”

Cheung said police believed that the drug syndicate was targeting the local market during the festive season.

“I’d like to appeal to the public, especially the youngsters … You can go celebrate. You can party. But please do not [take] drugs.”

The total amount of cocaine seized between January and October this year was 957kg, a 44 per cent drop compared with the same period last year, when 1,764kg of the drug was confiscated.

Police said from January to October this year, there were 410 cases linked to cocaine. Some 530 people were also arrested for crimes related to the drug, with 86 of them under the age of 21, compared with 582 people in the same period last year.

The maximum sentence upon conviction for drug trafficking is life imprisonment and a HK$5 million fine.
Add Comment