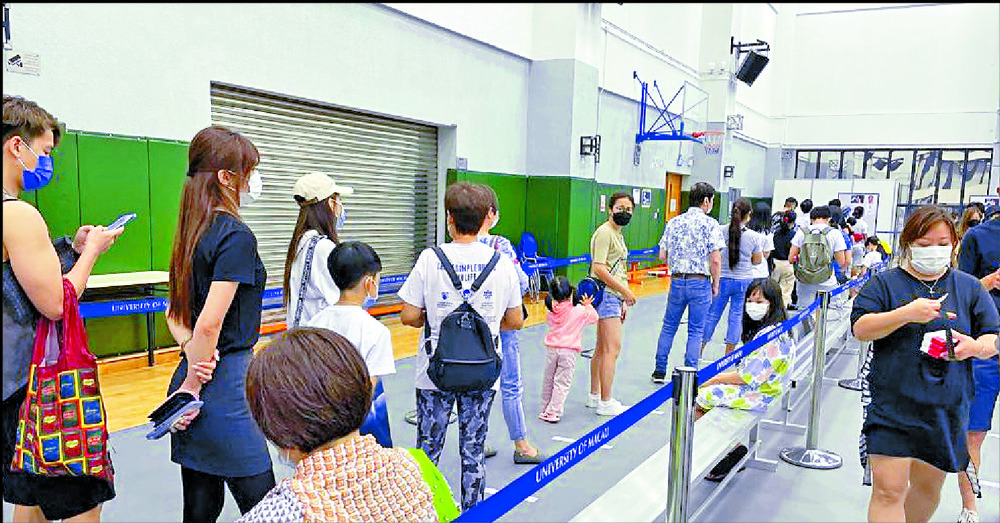 Nine students living in St Stephen's College's female dormitory in Stanley has to observe quarantine after three pupils and a teacher were infected, health authorities announced.
They were among 1,917 Covid-19 infections reported yesterday, including 118 imported and 1,799 locally transmitted cases.

They also study in the same class 4D, where a fourth student, who does not live in the dormitory, was also infected.

"As a prudent measure this class has been advised to suspend in-person lesson for a week," Chuang said.

"Nine other students live on the fourth floor of the dorm. They will have to leave the hall for quarantine at home, if their living conditions allow, or be sent to isolation centers."

The school's class 2C has already suspended classes from last week due to four student cases, but authorities have yet to uncover an epidemiological link between the outbreaks in the two classes.

Chuang said some 30 diners who had been to Victoria Harbour Restaurant in Chelsea Heights Plaza on the night of June 16 have yet to comply with compulsory test requirements. The eatery's cluster has hit 38 patrons and four close contacts.

Hong Kong's uptick comes ahead of Macau's launch of a third round of city-wide compulsory testing today after authorities saw 71 new infections yesterday.

Macau has reported two more clusters in the ongoing wave of outbreaks, taking the total to 10, including seven that are epidemiologically linked.

One of the new cluster involved a construction site, with 10 people diagnosed so far, while the other surrounds 14 people from police dormitory Edificio Comandante Pinto Ribeiro.

So far, the two biggest clusters are Edificio Yim Lai, with 102 patients, and Edificio Tat Cheong with 70 cases.

Secretary for Social Affairs and Culture Ao Leung-u said the third round of territory-wide PCR testing commences at 9am today and ends at 6pm tomorrow.

Residents must book the tests on designated websites in advance for crowd-control reasons.

They must also conduct rapid tests and upload their results to the government's system before going for the tests, or they will be banned from entering test stations.
#COVID-19  #Covid
Add Comment