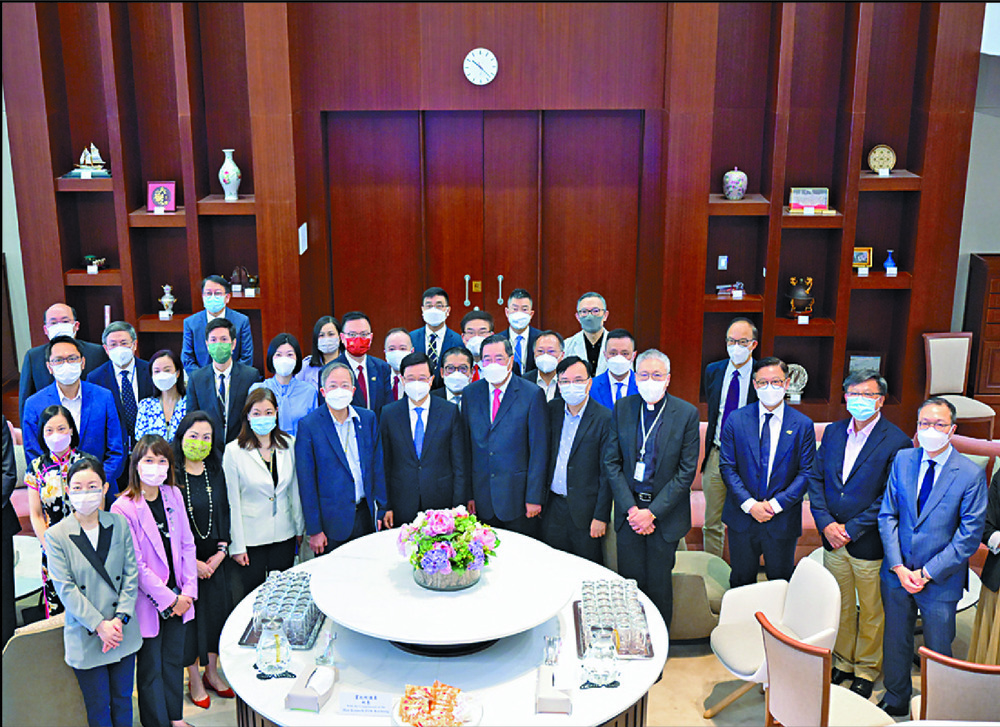 Kingsley Wong Kwok, who attended the "antechamber chat" at the Legislative Council with Chief Executive John Lee Ka-chiu and other top officials on Wednesday, tested positive for Covid one day later, sparking worries of a cluster among officials and lawmakers.
Deputy Director of Health Teresa Li Mun-pik also tested positive, making her one of 3,674 cases reported yesterday - the highest in over three months since April 3.

Wong, chairman of the Hong Kong Federation of Trade Unions, announced on Facebook yesterday that he tested positive and has developed "mild cold symptoms."

During the meeting, Wong posed for photos with Lee as well as with three bureau secretaries and their deputies.

Others who were in close proximity include Wong's Legco colleagues Maggie Chan Man-ki and Peter Koon Ho-ming, whom Wong sat next to.

Of yesterday's cases, 3,417 were locally transmitted while 257 were imported. Five deaths were recorded, involving elderly patients aged between 65 and 90.

Government health adviser David Hui Shu-cheong urged people not to worry about the increasing number of cases. However, he added there are still many untraceable cases in the community and it is proving difficult to reduce the daily caseload to three digits.
#Facebook  #Covid
Add Comment