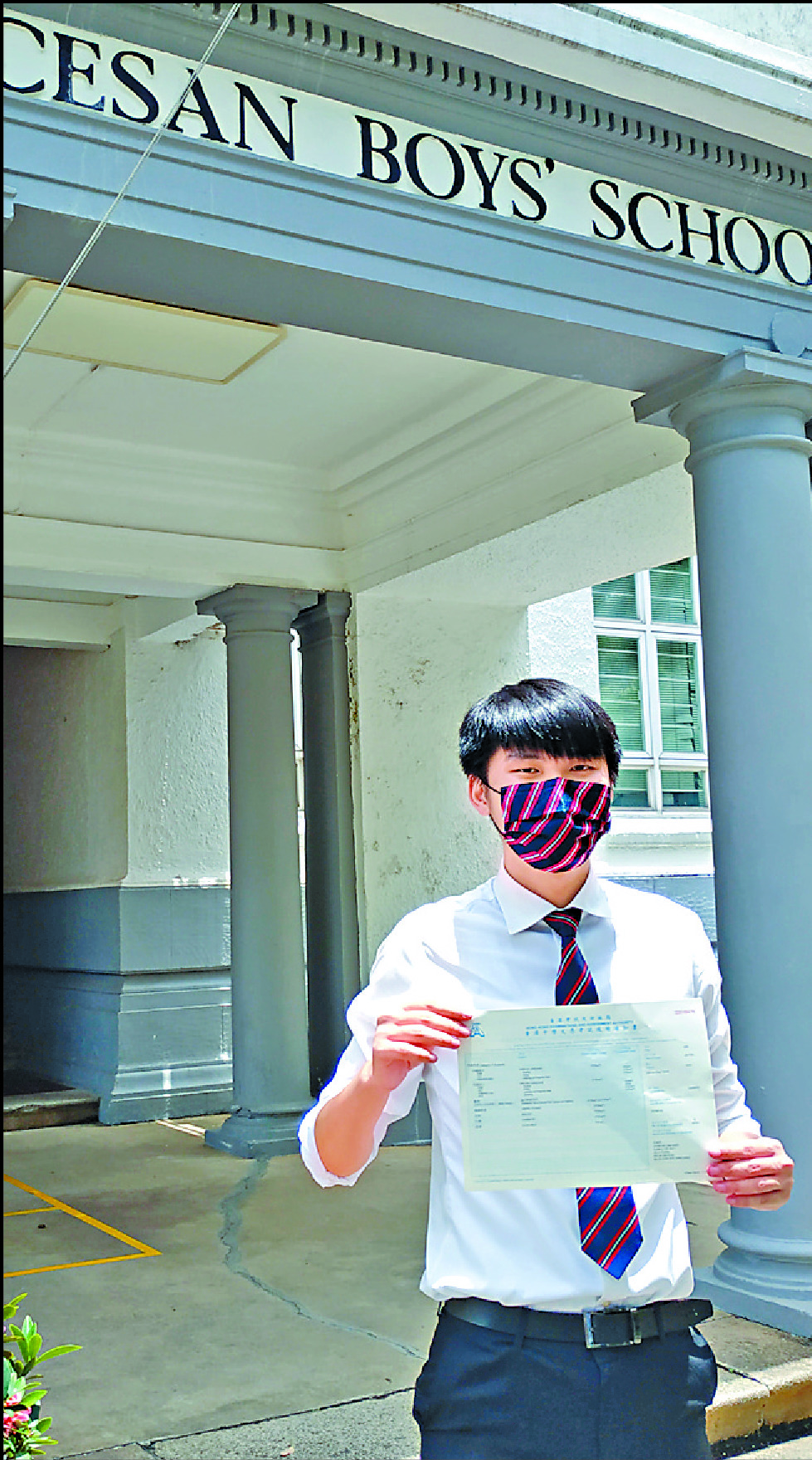 Enzo Leung Ka-long, who studied at Diocesan Boys' School, has become the ninth top scorer in this year's Hong Kong Diploma of Education exams after a successful appeal of his economics result gave him the last 5** he was missing.
The 18-year-old joined eight other top scorers who got 5** in all of their seven subjects, four of which were "super top scorers" because of full marks in an extra mathematics exam.

They are among some 47,000 DSE candidates who received their report card on July 20.

Leung, who got the news yesterday, expressed his shock and happiness.

"The original score was already far beyond my expectations," he said. "I had only expected to get 5** in four or five subjects."

But despite his satisfaction with his original score, he felt compelled to appeal.

"Economics is one of the subjects I have confidence in, so I wanted to appeal and see if I could get a better grade. I also wanted to repay my economics teacher's hard work."

Leung has been accepted into the bachelor of medicine for global physician-leadership stream at the Chinese University, where five other DSE top scorers have also pledged.

He said he chose CUHK due to the freedom to customize his class schedule, as he is interested in taking courses from other faculties such as economics.

Leung said he chose to remain here rather than venture overseas as he feels a responsibility and passion to serve Hong Kong as a doctor in the future.

He developed an interest in biology at a young age and decided on this path after completing various clinical attachments and consulting with seniors and school advisers.

Leung also has outstanding extracurricular contributions, as the head editor of DBS's 2020-2021 yearbook and leader of the school's photography club.

He is also a team leader in its biology and science teams, and has participated in many contests with classmates.

Leung is excited to begin a new journey in university, saying: "I'm looking forward to face-to-face classes, as I missed the social aspect of going to school during Covid."
#Covid
Add Comment