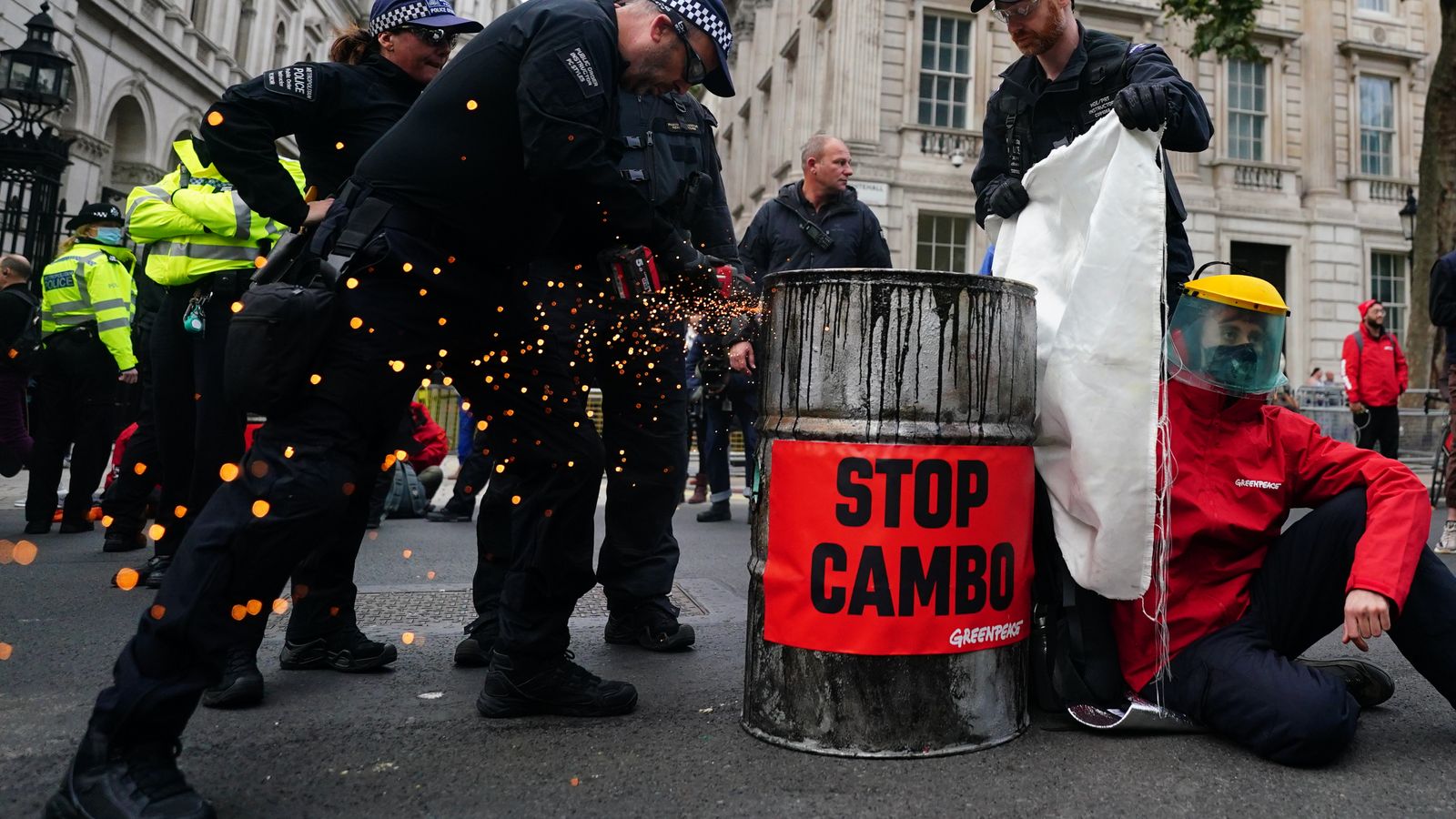 Tax breaks for decommissioning oil and gas infrastructure in the North Sea are being challenged in the High Court in December by campaigners, backed by groups linked with Paid to Pollute.

The UK government has handed the oil and gas industry £13.6bn in subsidies since the landmark Paris climate accord was signed in 2015, according to campaign group Paid to Pollute.

Its analysis of new OECD data claims that from 2016 to 2020 companies received £9.9 billion in tax reliefs for new exploration and production and £3.7 billion in payments towards decommissioning costs.

Tax breaks for decommissioning oil and gas infrastructure in the North Sea are being challenged in the High Court in December by campaigners, backed by groups linked with Paid to Pollute. 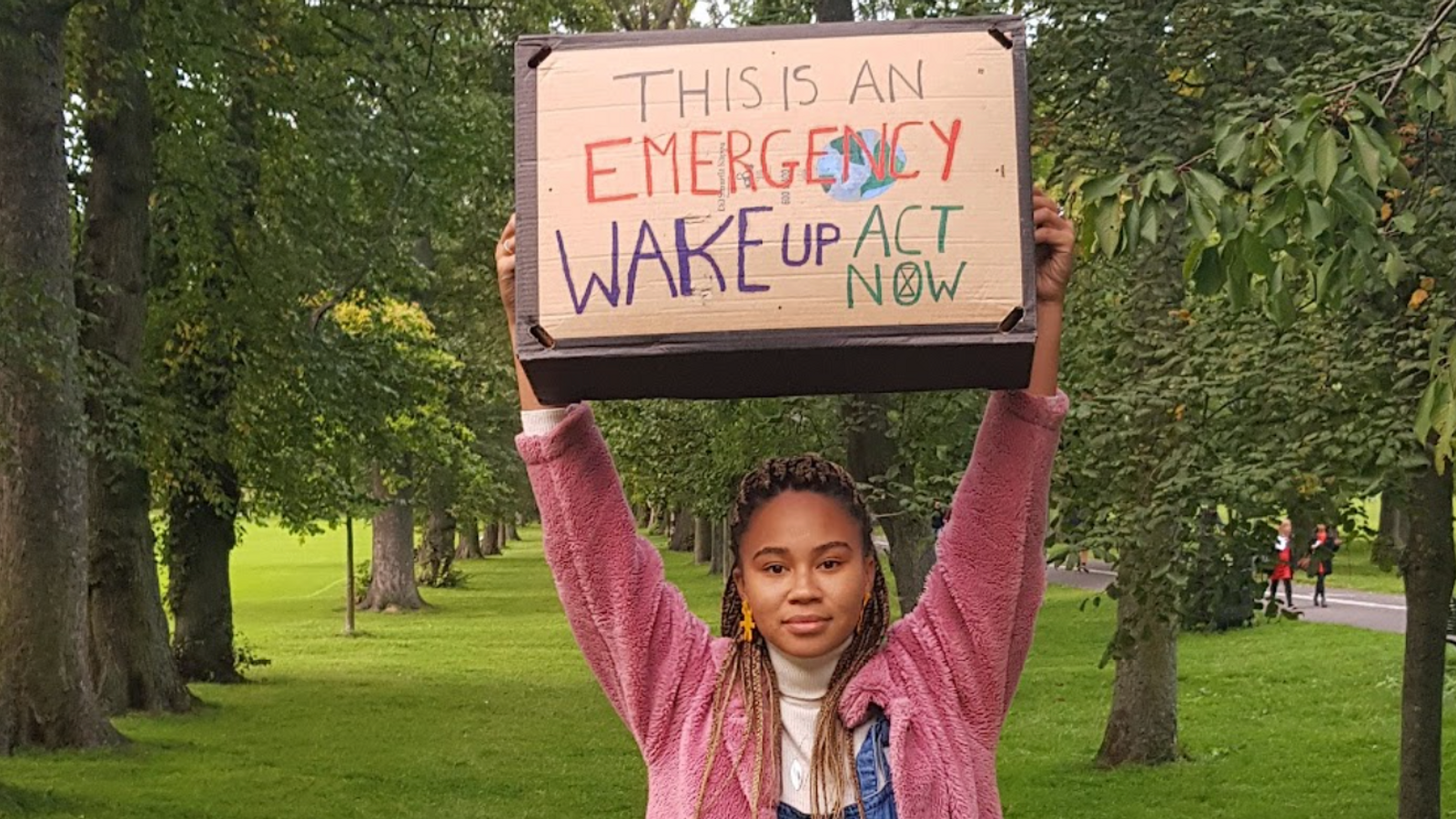 One of the complainants, climate activist Mikaela Loach, told Sky News: "No one's calling for the tap to be turned off tomorrow - that's just industry scaremongering.

"The UK has enough oil and gas already in production to see us through this transition. We don't need any additional fossil fuel developments."

There are 18 UK oil and gas projects in the pipeline that, if approved, could enjoy these subsides, including the Cambo oil field north-west of the Shetland Islands.

In the Glasgow climate pact from COP26, countries including the UK committed to "phasing down" inefficient fossil fuel subsidies and reaffirmed their commitment to limit warming to 1.5C above pre-industrial levels.

To hit that target, the world must reach net zero emissions by 2050, which means there can be no new oil and gas developments after this year, the International Energy Agency (IEA) has warned.

The financial think tank Carbon Tracker has warned that the 1.5°C target means Cambo and at least four other proposed projects risk becoming stranded assets with little or no economic value.

The group's head of oil gas and mining, Mike Coffin, told Sky News: "Any organisation that is claiming alignment with the 1.5C goals of the Paris agreement, or Net Zero 2050, cannot simultaneously be supporting new oil and gas projects going ahead.

"Many projects - including for example Cambo - are potentially uneconomic, even under slower transition scenarios which result in warming in excess of 1.5 degrees."

Paid to Pollute acknowledges that its expanded definition of tax break differs from the government's, but says it does meet the criteria as set by the World Trade Organisation and the International Monetary Fund.

The UK Government, however, says it does not give any subsidies to fossil fuels, and follows the IEA's approach to phasing them out.

A spokesperson said: "No other significant oil and gas producing nation has gone as far as the UK in supporting sector's gradual transition to a low carbon future, as demonstrated by our North Sea Transition Deal.

"While we are backing the UK's oil and gas industry's transition to green energy, there will continue to be ongoing but diminishing need for oil and gas over the coming years while we ramp up renewable energy capacity, as recognised by the independent Climate Change Committee."