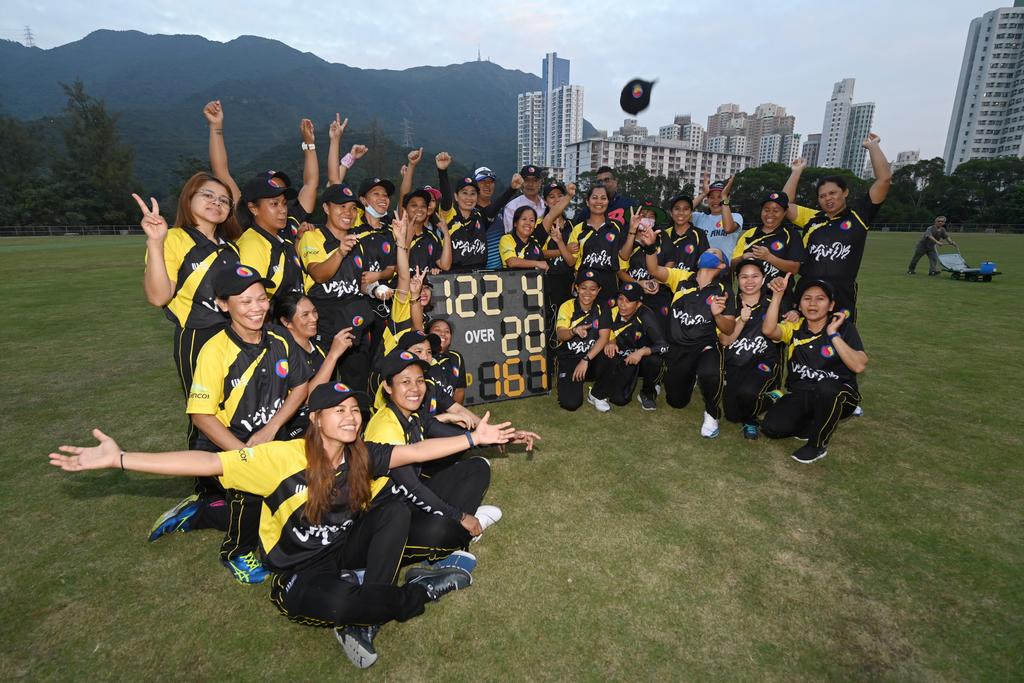 After a long week cooking and cleaning in the cramped households of Hong Kong, a group of Filipino domestic helpers are using their Sunday off for an unlikely hobby: Cricket. And they're proving rather good at it.

Despite no background in the game, scant coaching and very little time, the SCC Divas have made a startling impact, winning Hong Kong's development league twice in their first two seasons and going unbeaten since stepping up to the main divisions this year.

Along the way, they've inspired the Philippines' first national women's cricket team, providing seven of its players, while shaking up Hong Kong's sleepy cricket scene, a remnant of British colonialism.

"We are all domestic helpers. Some are new players, having their first time holding a cricket ball," said Ms Josie Arimas, 52, captain and founder of the SCC Divas.

The satisfying clunk of bat on ball, at the scenic Po Kong Village Cricket Ground overlooked by green hills and tower blocks, is a world away from daily life for the Divas.

Many of them work from 6am till midnight, six days a week, scrubbing, shopping and looking after kids, to support their own children and families left behind in the Philippines.

They get "no rest. They're tough", said Ms Arimas.

SIX HOURS OFF A MONTH

Tales of abuse and exploitation abound among Hong Kong's 400,000 foreign domestic workers, most of them from the Philippines or Indonesia.

One domestic worker watching the Divas said that rather than the government-mandated rest day every week, her employer gives her just six hours off a month, and makes her sleep in the living room.

For Divas player Liza Avelino, cricket is a chance to escape the difficulties of everyday life.

"It's very relaxing, it makes my day worthwhile," she said. "It's good to be active and you forget all stress and the troubles and everything."

During this month's 45-run win over the Cavaliers, a team from the venerable and well-heeled Hong Kong Cricket Club, the Divas' skills honed in baseball, a popular sport in the Philippines, were in evidence.

Positive hitting helped set a challenging total of 167-6, before the Divas restricted the Cavaliers to 122-4 with some energetic fielding including two side-on, direct hits on the stumps.

The team was cheered on throughout by a vocal band of team-mates and supporters, who picnicked by the boundary rope and operated the scoreboard. 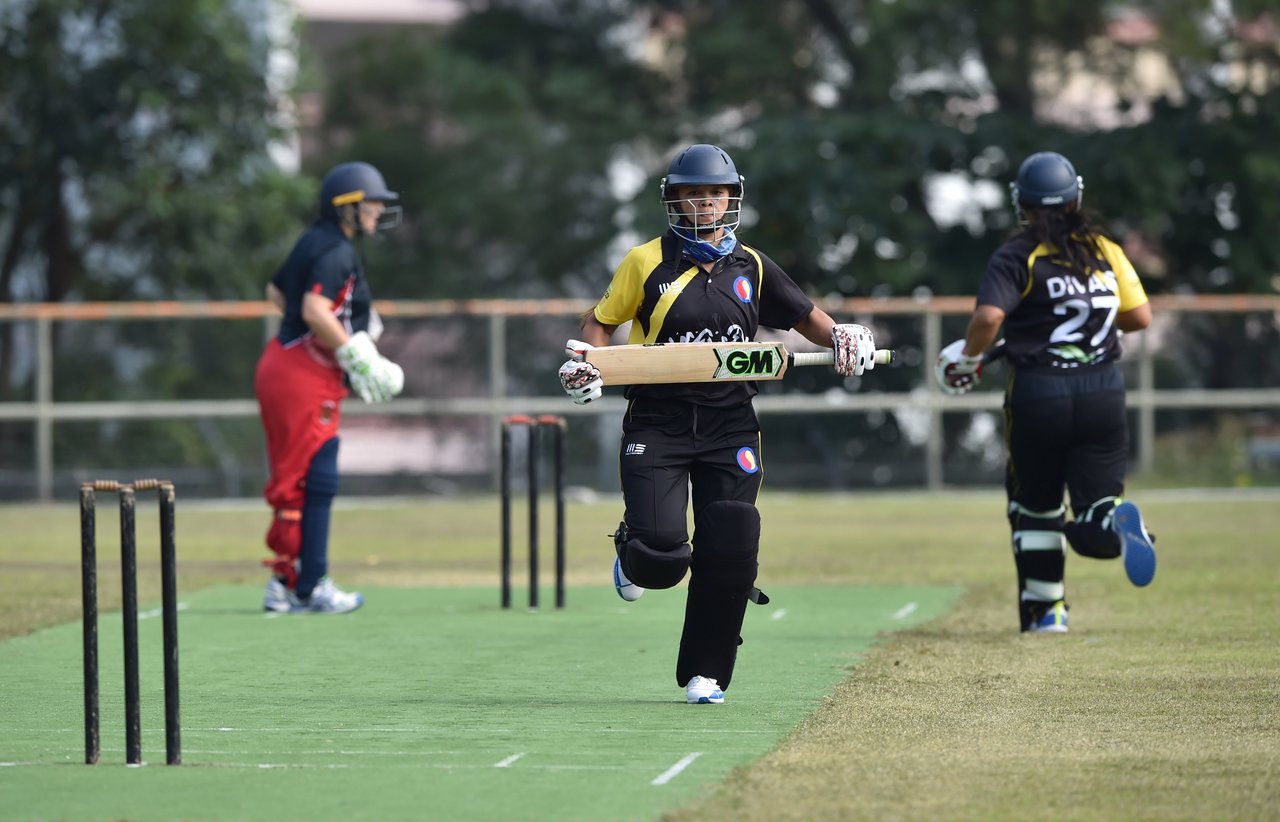 Members of the SCC Divas cricket team running between the wickets against the Hong Kong Cricket Club Cavaliers in Hong Kong on Nov 8, 2020.
"They're so passionate about it. They all come here and they all watch and they make a day of it," said Cavaliers captain Tracy Walker, an independent board member of Cricket Hong Kong.

"They get one day off a week, and what do they do? They come and sit and watch, cheer along, train whenever they can. It's pretty impressive."

Just three years after their founding in 2017, the Divas have already formed a development team, SCC Pinay, and aim to be a lasting force in Hong Kong cricket.

Team manager Aminesh Kulkarni, who founded the team with Ms Arimas and raises sponsorship to pay for dues, equipment and other expenses, says the aim is to provide a positive pastime for domestic workers on their day off.

"The Filipinos have that gathering culture. So if one comes, a few come. One player started spending time here, and now we have 32," Mr Kulkarni said.

"My aim is finally about 200. It is going to happen in the next couple of years."

Ms Alvina Tam, Cricket Hong Kong's director of development and a Cavaliers player, said the Divas had added a new element to the sport in the city, which is dominated by the expat and South Asian community.

"What they brought into women's cricket in Hong Kong was their sense of unity, the sense of teamwork and working together," said Ms Tam.

"And at the same time they can still maintain a very friendly attitude towards the opposition as well. I think that's a very good show of sportsmanship."

For the Divas players, separated from their families and living far from home, the team also serves as a support network, according to Ms Avelino.

"It's not just about sport, it's also about having a family to meet up with. It's a very close kinship, a sisterhood," she said.

"Being away from home, to have a group of people doing the same thing is very empowering. We love it and we look forward to doing it on Sunday."