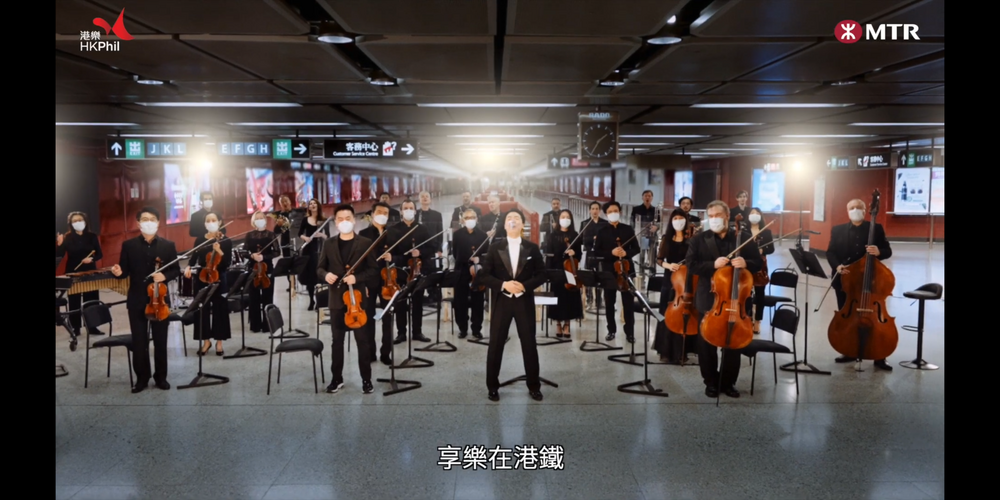 Music will be in the air during MTR journeys later this month. Videos featuring over 30 members of the Hong Kong Philharmonic Orchestra performing inside MTR stations will be played inside train carriages soon, according to the rail operator.

“Phil Your MTR Ride with Music” is a new program cooperated by MTR Corporation and Philharmonic Orchestra, which passengers can enjoy new classical music videos, according to a teaser posted on MTR’s Facebook page.

Rex Auyeung Pak-kuen, chairman of the MTR Corp, and Benedikt Fhor, chief executive of the Philharmonic Orchestra, will star in the videos.

“Can you imagine immersing yourself in stations listening to the New World Symphony or music by Mozart?” MTRCL wrote on Facebook.

The corporation also asked the passengers to stay tuned for the surprise this month. It has yet to announce when and where the videos will be played.

It is understood that orchestra members filmed for the music video in Central MTR station and Siu Ho Wan Depot overnight.

The resident conductor of the Hong Kong Philharmonic Orchestra, Lio Kuokman, said that he took the longest MTR ride in life for this shooting.

“The most unforgettable thing is that we have taken a ride on the MTR for three hours,” Lio said.

“It is my first time that I see classical music made into this interesting and funny video,” Wang Jiang, concert master of Hong Kong Philharmonic Orchestra, said.

“We are about to make some magic happen around here,” said Wang who looked forward to seeing people’s reaction to the launch of the music video.