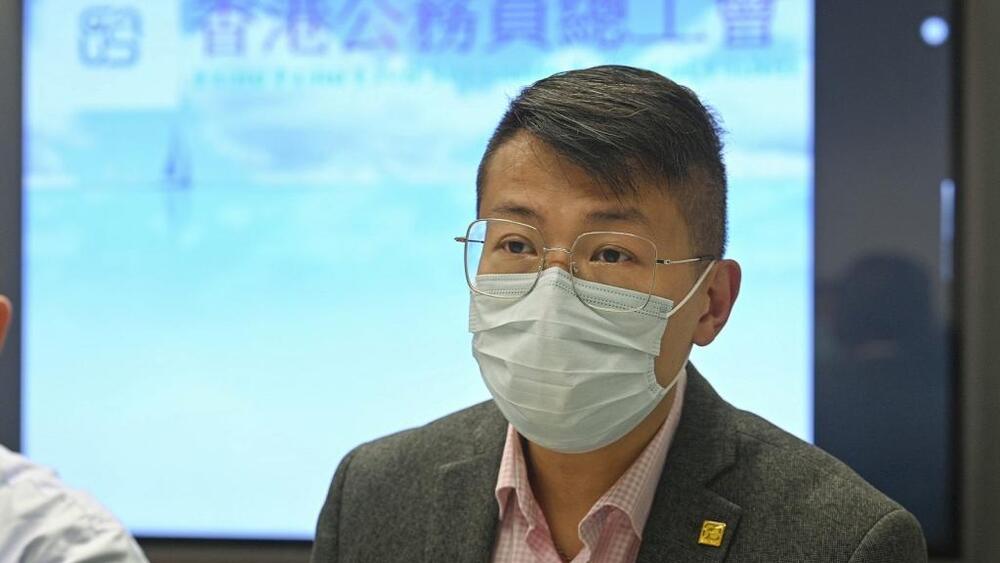 The civil service pay adjustment turned out lower than the pay trend survey indicator for senior and middle-class civil servants, a civil servants trade union said, urging the government to explain the rationale for the decision.
The Civil Service Bureau made pay offers to the staff side of the four civil service central consultative councils on Tuesday, under which the pay for civil servants in the upper, middle and lower salary bands and the directorate would be increased at the same rate of 2.5 percent for 2022-23, effective retrospectively from April 1, 2022.

Fung said that the figure was lower than expected and the government needed to explain how the six major factors considered led to such a big shrink in the pay rise.

Leung Chau-ting, chairman of the Federation of Civil Service Union, said the increment is “unacceptable” while the government is being “indifferent” as it ignored civil servants’ effort in helping the government fight the pandemic.

Li Kwai-yin, president of the Hong Kong Chinese Civil Servants’ Association, said civil servants are disappointed. The Government Employees Association also said in a statement that they are “extremely disappointed” by the 2.5 percent salary hike.

Separately, the Hong Kong General Chamber of Commerce welcomes the government’s decision to set civil servants’ pay rises this year to 2.5%, which it believes is reasonable given the difficult business environment.

The Chamber said it is pleased to see the government has taken the current challenging business conditions and uncertain economic outlook into consideration in formulating the pay adjustment. The 2.5% rise should ease the burden of possible increases in staff costs that business will need to bear, as a result of the ripple effect from civil servants’ pay adjustment.
Add Comment