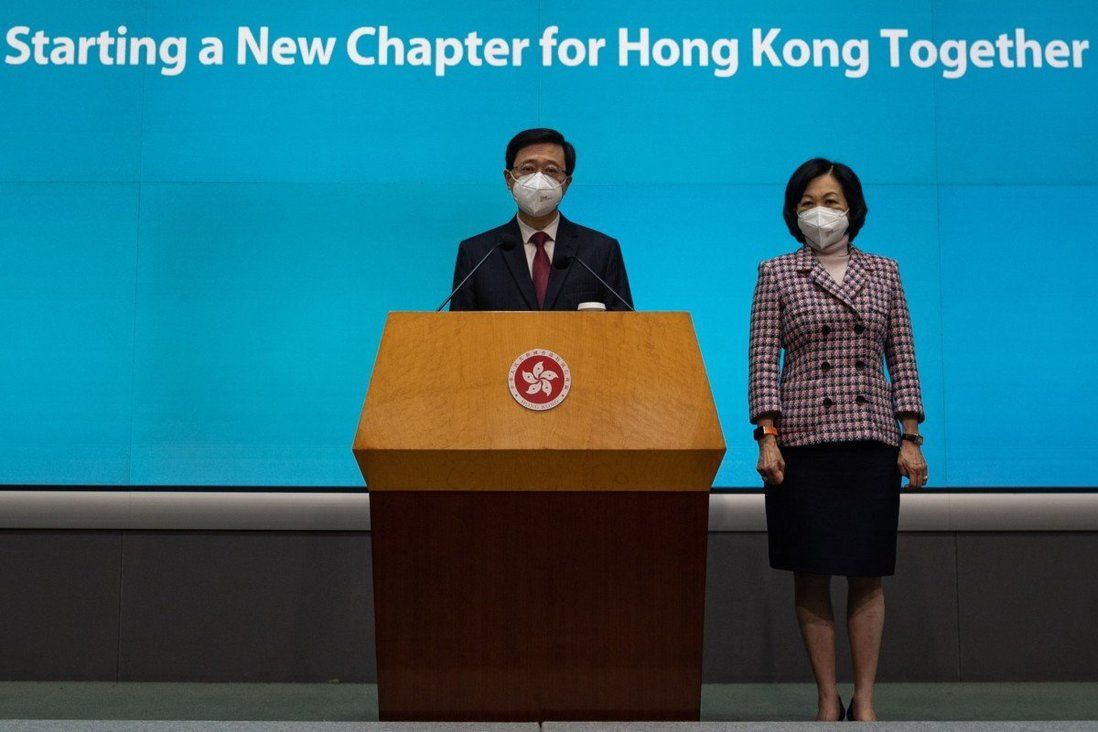 A new government usually enjoys a honeymoon period as top officials ease into the job, but the pandemic and the civil servants’ pay dispute mean the Lee administration has been thrown in at the deep end.

It looks like new Chief Executive John Lee Ka-chiu and his team will have to do without the usual honeymoon period. The new occupants of high office are usually given a break for the first 100 days by both the legislature and the media so they can gather their teams and ease into their important work.

Other than the fact popularity ratings are hard to sustain without a popular election, the “new normal” after the political system shake-up doesn’t seem to leave much room for a dip in the pool. If anything, the new administration has been thrown in at the deep end.

While Lee has yet to fully form his team, the political bombshell dropped by the Pay Trend Survey Committee in May over its endorsement of the proposed increases for government workers made sure Lee’s administration would have to deal with a no-win situation from the start.

The proposed pay rises of 7.26 per cent for senior government workers, 4.55 per cent for middle-ranking officials and 2.04 per cent for junior civil servants were shocking. The Hong Kong General Chamber of Commerce slammed the proposed increases as “out of touch with reality”.

The “reality” is that the most important business community – those people who still have a job – have suffered as a result of the Covid-19-stricken economy. They have taken pay cuts, dealt with having to take no-paid leave and enjoyed very little job security amid rising inflation.

The “reality” also includes the need for the government to boost the morale of the civil service, which was already struggling after the social turmoil that erupted in 2019. Compound that with the fight against Covid-19 – which has made life difficult for everyone, whether in the public or private sector – and anyone could see that the issue came to the fore at the worst possible time.

Hence, the decision by the Executive Council last week to approve a blanket 2.5 per cent pay rise for all government workers did not gain the new administration any kudos. At the end of the day, the government has yet to answer the business community’s legitimate demands for further easing of pandemic measures that have directly affected the economy and our status as an international city.

Inevitably, the civil service saw itself as the first to be thrown under the bus. To begin this “new chapter” in such a fashion isn’t exactly an ideal start.

Time will tell whether this changes how the administration implements its policies and initiatives. Given the circumstances and unavoidably bad timing, it did what it could. The work of mitigating the fallout falls squarely on the shoulders of Secretary for the Civil Service Ingrid Yeung Ho Poi-yan, and it is sink or swim for her. 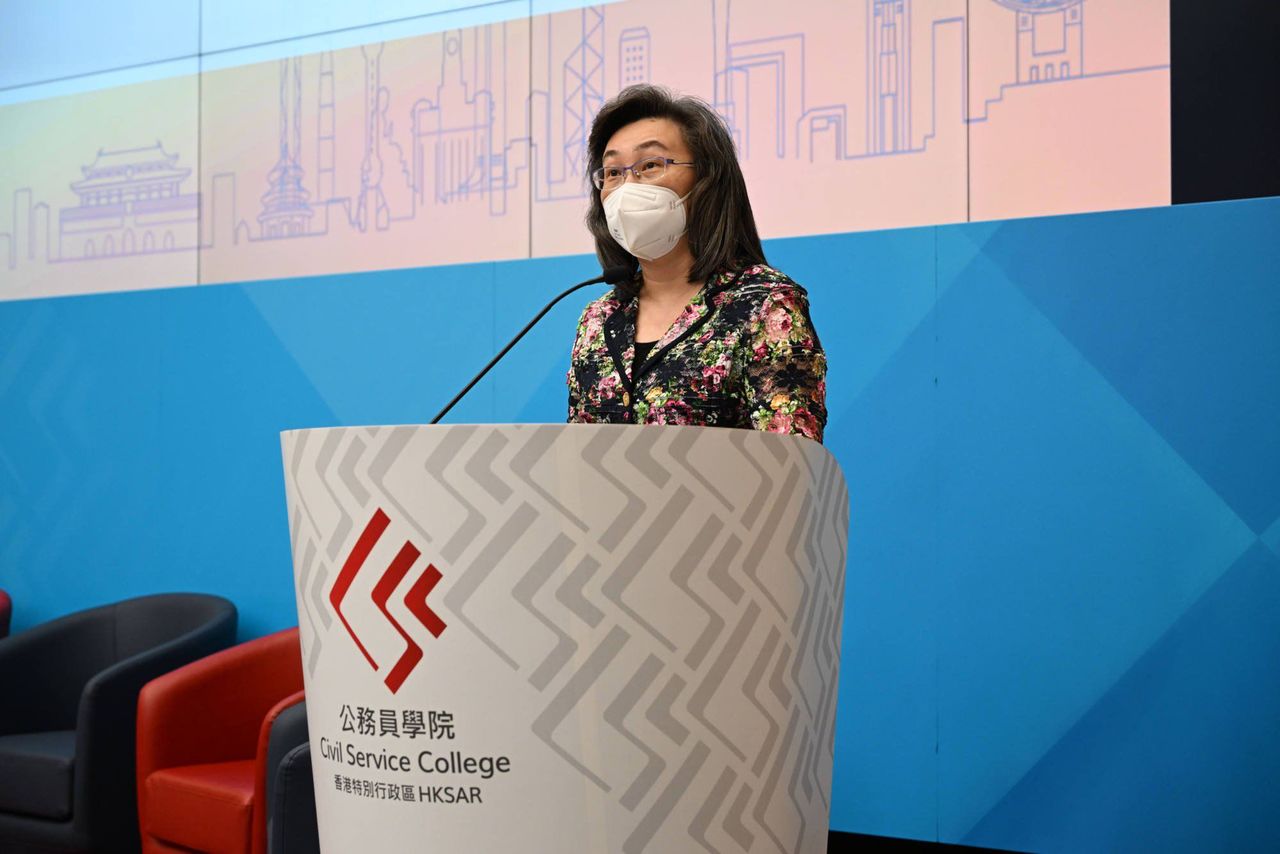 Lo Chung-mau, the new secretary for health, seems ready to be in the hot seat, at least when it comes to fighting Covid-19. He has said Hong Kong could chart its own course out of the pandemic.

Lo is clearly different from his predecessor, making every effort to speak a language that ordinary people can relate to. Saying that flight suspensions were “soul-destroying” makes him instantly likeable because someone in government appears to finally understand what it is like to live under these rules, which are made in the comfort of air-conditioned rooms.

But as much as Lo would like to steer us out of the Covid-19 murky waters, he has perhaps forgotten that the pandemic is more than a health issue. His suggestion to introduce real-name registration for the government’s “Leave Home Safe” app did not go down well with new Secretary for Innovation, Technology and Industry Sun Dong. 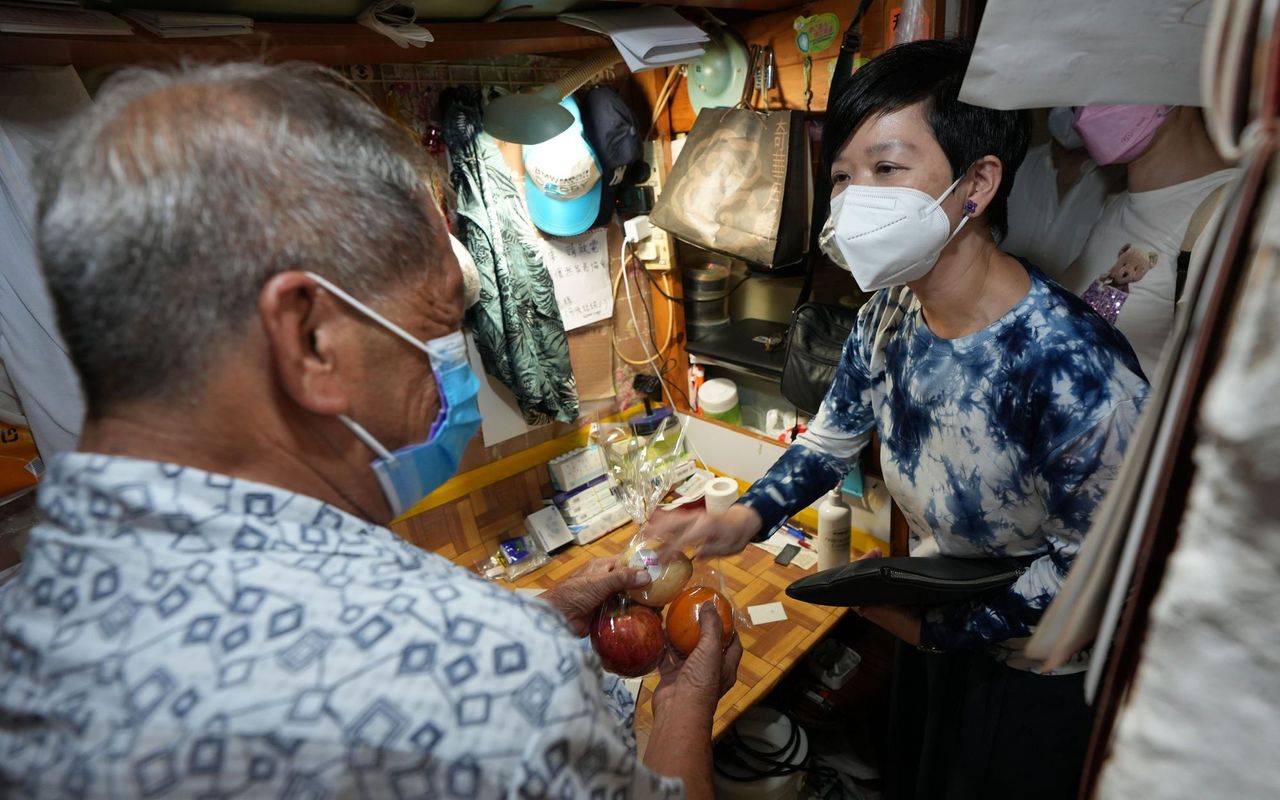 New Housing Secretary Winnie Ho (right) speaks to a resident during a tour of “cage homes” and subdivided flats in Sham Shui Po on July 10.

In fact, Sun said it was unnecessary since the current app already has a real-name function with vaccination tied to it. And all SIM cards are required to be registered with real names by February 23 next year or they will be deactivated.

Housing Secretary Winnie Ho Wing-yin at least deserves a pat on the back for making herself visible and diving into her work by visiting subdivided flats and “cage homes” in Sham Shui Po. It might have been a political show, but it’s showing up for the people that matters. That is one part of the work that many officials seem to have forgotten in the past.