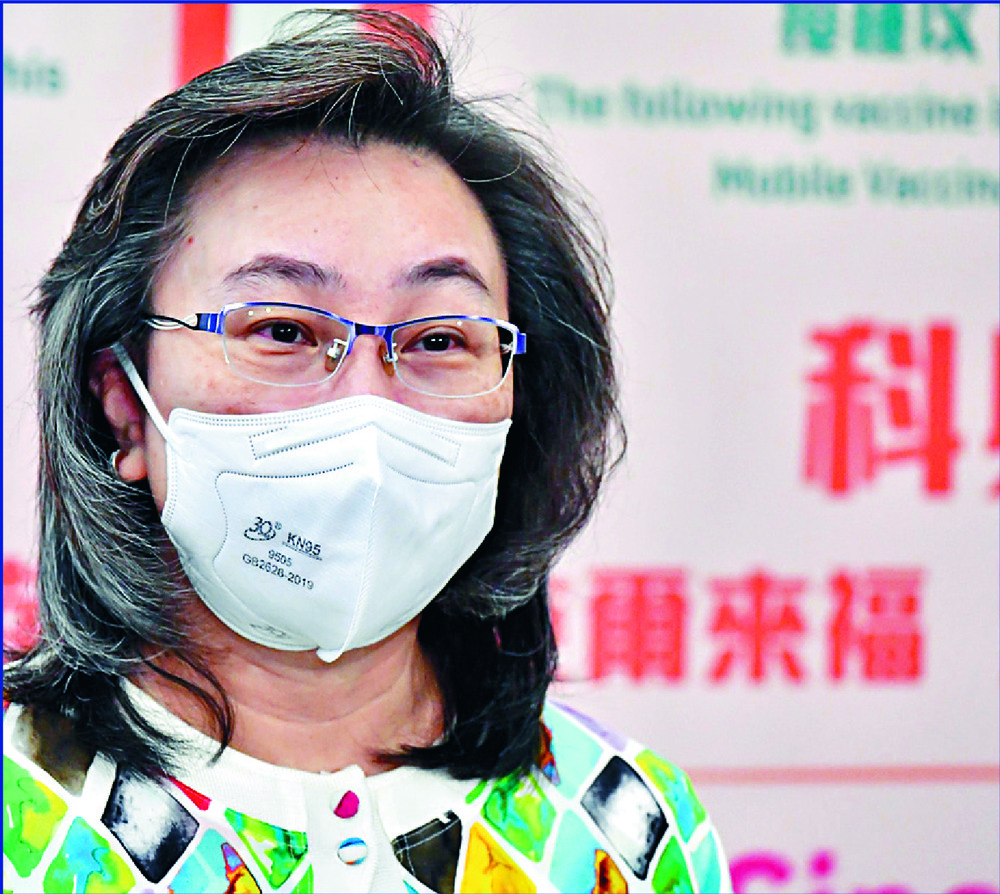 Government workers who are holding vaccination medical exemption certificates - which were supposed to be invalid from yesterday - are still able to enter government premises and go to work, says Secretary for the Civil Service Ingrid Yeung Ho Poi-yan.
A High Court judge on Tuesday granted an injunction on the government move to invalidate some 20,000 waiver certificates issued by seven doctors arrested by police last month.

Justice Russell Coleman said in a written judgment that Secretary for Health Lo Chung-mau has no power to overturn or invalidate a medical exemption certificate.

Yeung said the government has notified departments to allow workers holding the supposedly invalid jab-waiver certificates from entering government offices after the injunction was granted.

Kong told a radio program that the court's interim relief order would not undermine the government's authority, adding that the public should respect the court's decision.

"It is a piece of good news that the court is allowed to discuss the government's authority," she said.

Speaking on the same radio program, health expert Ho Pak-leung said thousands of people in Hong Kong are not suitable for inoculation for medical reasons.

"Doctors have to strictly follow relevant regulations and the legality when they decide to issue a medical exemption certificate," Ho said.

He said people suffering from chronic diseases or heart inflammation after receiving BioNTech jabs will not be exempted unless they provide contraindication to both vaccines.

"I have heard from some patients that they were refused when they wanted to consult other doctors after they were found holding certificates issued by the seven [arrested] doctors," Lam said.
#Vaccines  #BioNTech  #Covid
Add Comment