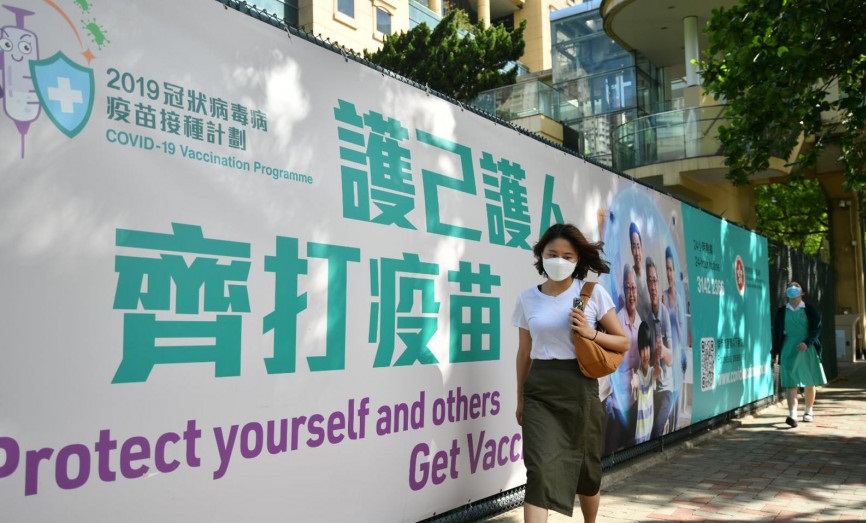 Civil servants will be given a full-paid day off for each vaccine dose administered as an incentive to encourage them to get the jabs, according to media reports.

The city’s vaccination rate remains at a low level. The government and businesses have been offering an array of incentives to boost vaccination, which includes post-vaccination holidays.

Ho Pak-leung, head of Hong Kong University’s Centre for Infection, expected that Covid-19 will not disappear, and the fifth wave is definitely on its way.

Ho added that social distancing measures could only be eased when the mass public have received the vaccines.

He suggested government to push the vaccination rate in a more aggressive way, like cancelling salaries cut for civil servants only if 70 percent of them are inoculated.

Li Kwai-yin, president of the Hong Kong Chinese Civil Servants' Association, said government as the largest employer in the city, holds the responsibility to proactively encourage employees to get the jabs.

She added that if servants take theirs vaccination holidays in a dispersed and orderly manner, government’s operations would not be affected.
#Vaccines  #COVID-19  #vaccine  #Covid
Add Comment