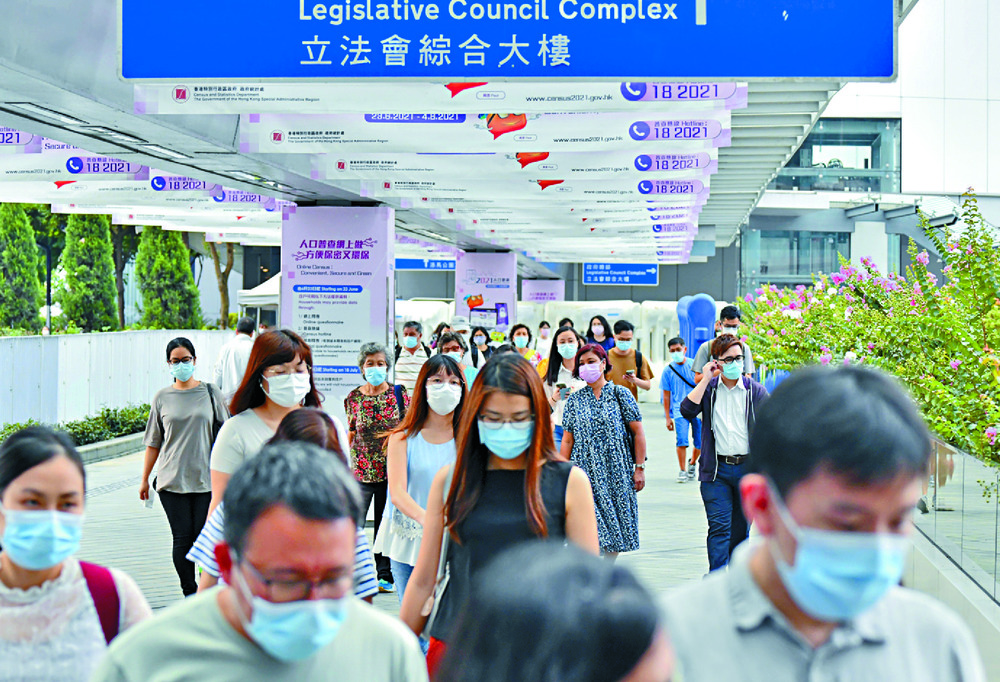 All government employees are obliged to receive a Covid-19 vaccination to lower the risk of infection among colleagues and minimize possible disruption to public services, Secretary for the Civil Service Patrick Nip Tak-kuen said.
This came as officials yesterday announced that all unvaccinated civil servants must take Covid-19 tests every two weeks as of yesterday, and if they still have yet to receive a first shot by September 1, they must pay for tests to be taken outside working hours.

Some 70 percent of all 178,000 civil servants have received at least one dose, Nip said on the latest Covid-19 measures.

He also rejected as misleading criticism that the "jab or pay for tests" approach is forcing civil servants to be inoculated.

He said even under the new arrangement people who choose not to be vaccinated can still opt for testing every two weeks.

But since May the government has had an arrangement to waive regular tests for vaccinated front-line civil servants, including those in the disciplined services.

Nip said there there has been ample time for government employees to get vaccinated. There was also two days of "vaccination leave" as an incentive.

And "all government employees are responsible for constructing a healthy work environment."

It was also "unreasonable and illogical if civil servants refuse to get jabbed without health reasons and rely on using public funds to subsidize regular tests."

Only staff with doctors' certificates stating they are not fit for the jabs can have test costs reimbursed.

The combined nasal and throat swab costs HK$240 at community test centers. Tests from saliva samples will not be accepted.

There was also a warning that unvaccinated staffers who fail to comply with the test requirement without reasonable cause face disciplinary action.

The chairman of the Hong Kong Federation of Civil Service Unions, Leung Chau-ting, said authorities should arrange for doctors to provide body checks for government employees before inoculations.

"Some of them have not taken the jab due to their health conditions," he said.

He noted too that authorities had not mentioned what disciplinary actions staffers could face.

All of them had received both doses of the German-made BioNTech/Fosun vaccine.
#COVID-19  #vaccine  #BioNTech  #Covid
Add Comment