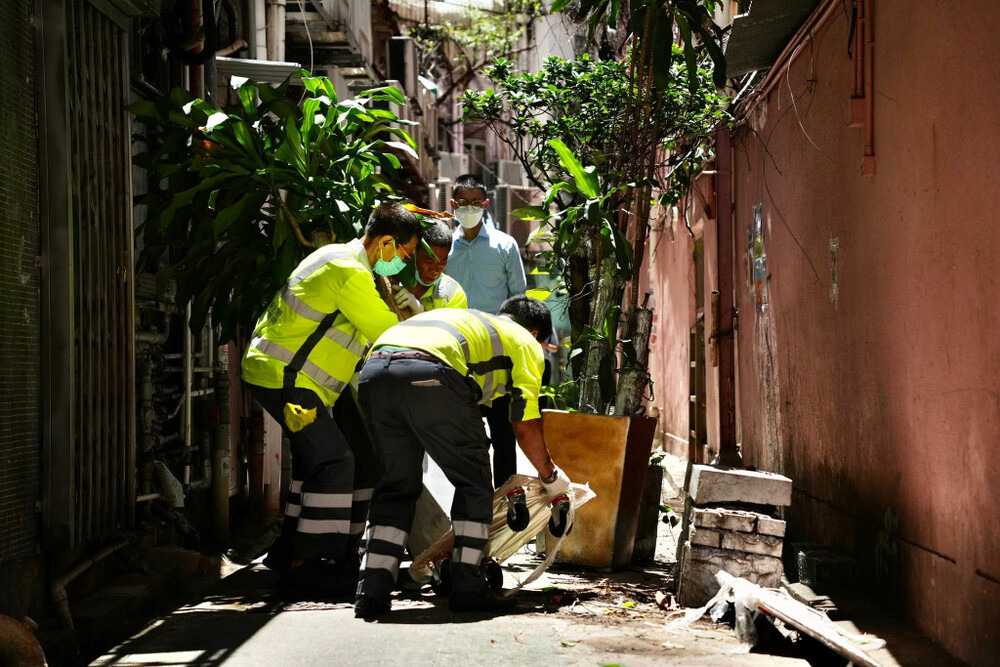 City to increase fine for littering as officials inspecting streets

Hong Kong streets may see more video surveillance installed to counter illegal fly-tipping with the penalty for littering to be raised, said Warner Cheuk Wing-hing, Deputy Chief Secretary for Administration.
As the "District Matters Co-ordination Task Force" start launching a three-month program on Tackling Hygiene Black Spots on Sunday, Cheuk visited some blocks and streets in Kowloon District together with Secretary for Environment and Ecology Tse Chin-wan and other officials.

The program will focus on cleaning up more than 600 hygiene and street management blackspots throughout the city by collaborating works of different departments.

During the inspection at Prince Edward, Cheuk said to find many rusty bicycles in the street and claimed the government would remove them within three months.

“Citizens need to keep Hong Kong clean with their own moves,” Cheuk said, “If such behavior continues, the problem of dirty streets will be a recurring nightmare despite authorities’ efforts.”

“The cleaning project will not last for only three months,” Tse said, “but I also want to call on citizens to stop throwing rubbish in the streets.”

The government will also install surveillance cameras in the streets and prosecute those who litter around.

“The penalty standard for littering is HK$1,500 currently and in use for 19 years,” Cheuk said, “It is appropriate to increase the amount in a reasonable range.”

It is also learned that the officials will inspect the abandoned and damaged signboards in the streets.

“About 260 Dangerous Structure Removal Notices are expected to be issued involving 570 dangerous or abandoned signboards,” said Director of Buildings Clarice Yu Po-mei, “the operation will be completed in October.”

The Buildings Department announced it will also set public reporting channels and launch large-scale operations to remove no less than 1,700 dangerous or abandoned signboards.
Add Comment