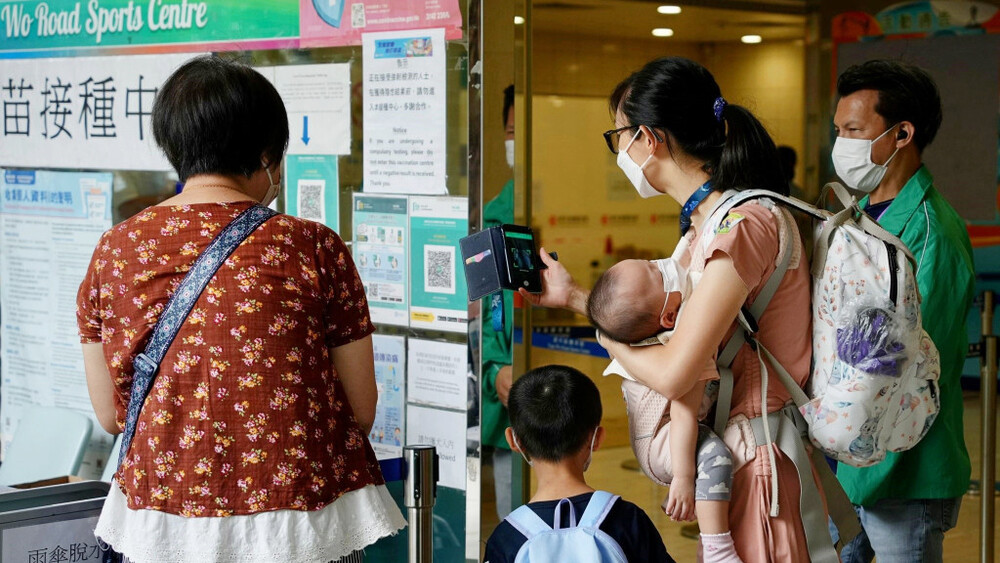 City to call on jabs for toddlers as logging 4,896 Covid cases and four deaths

Hong Kong reported 4,896 new Covid-19 cases on Monday, with 197 imported cases and four deaths.
As a 27-month-old boy reported to be infected with Covid and sent to the intensive care unit, following a five-year-and-nine-month-old girl who confirmed positive previously and is still in critical condition, Chuang Shuk-kwan from the Centre for Health Protection called on parents to get the children vaccinated as soon as possible.

“The ratio of toddlers under three years old who were confirmed with Covid take account of 1.8 percent of the whole cases,” Chuang said, “and the percentage of children between three to nine years old is 5.5%.”

Lau Ka-hin, the Hospital Authority Chief Manager (Quality and Standards) noted pediatricians see a common phenomenon recently to receive children patients diagnosed with croup and some of whom were confirmed with Covid, which leads to breathing difficulties.

“Children should be sent to emergent treatment if they appear to have abnormally rapid breathing or high-pitched coughing,” Lau said, “the conditions could be controlled if the patient can get treated in time.”

Four more deaths aged between 63 to 91 were reported today, with a 63-year-old male who didn't get vaccinated or receive any treatment for Covid.

The man tested positive on August 7 but negative on August 13, his condition worsen on August 14 and was rushed to the hospital. “People aged above 60 should seek treatment as soon as possible no matter if any symptom appears,” Lau emphasized, “and encouraged to take Covid oral drugs.”

With the concern of the possible rise of the confirmed cases who will be hospitalized, Lau noted the epidemic may cause pressure on the resources of public hospitals, claiming non-emergency services will be adjusted or reduced.

“Hospital Authority has previously launched the scheme to reserve beds in hospitals to serve the confirmed patients,” Lau added, “If the epidemic continues to worsen, 2,500 to 5,000 more beds will be available in designated places to hospitalize patients.”

He also mentioned reopening the treatment center in AsiaWorld-Expo to safeguard the public by loosening the pressure on community health centers.
#COVID-19  #Covid
Add Comment