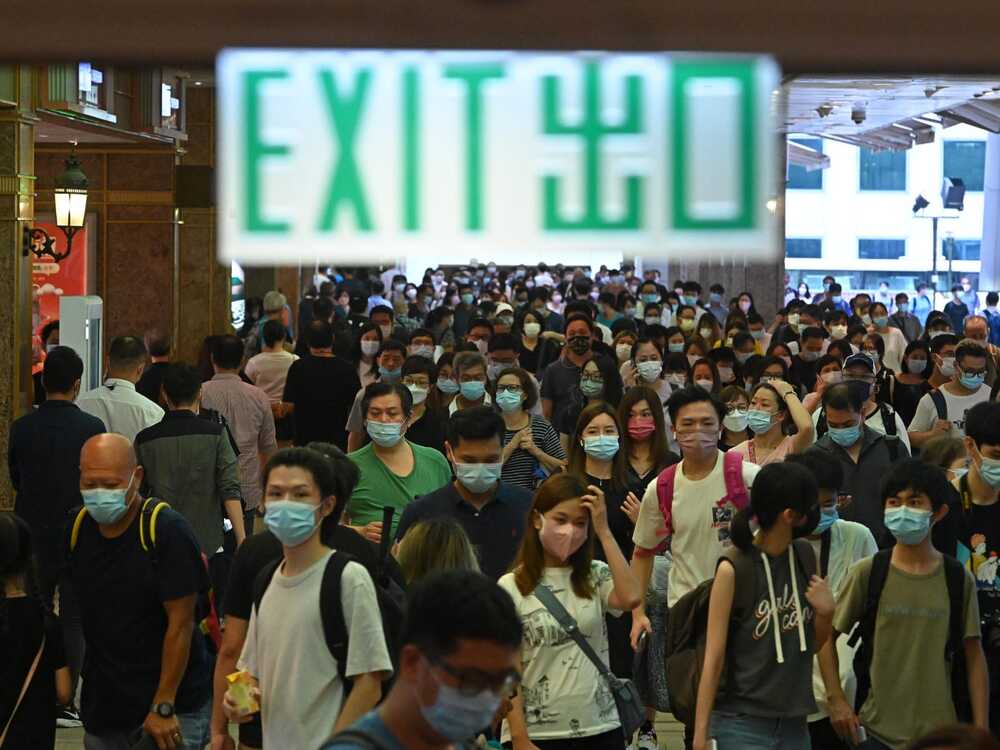 Hong Kong's population was recorded as 7.29 million in mid-2022 with a net outflow of 113,200 residents, according to the statistics released by the Census and Statistics Department today.
From the census report, the population estimate was 7,291,600 in mid-2022, representing a decrease of 1.6 percent over the same period last year.

In the report on the statistics, it is said that the decrease in the population comprised a natural decrease and a net outflow.

“Hong Kong’s fertility rate is persistently among the lowest in Asian economies,” the report noted.

“The plunge in births in the recent two years might also be attributable to the outbreak of Covid-19 since early 2020,” the government spokesperson said, “on the other hand, the number of deaths edged up gradually from 45,400 to 61,600 over the past five years in tandem with the aging trend of the population.”

At the same time, some 14,700 Hongkongers applied for Certificates of No Criminal Conviction for emigration in 2021, according to the Security Bureau.

The top-three destinations for residents to pack bags for were reported to be Australia, Canada, and Portugal.
#COVID-19  #Covid
Add Comment