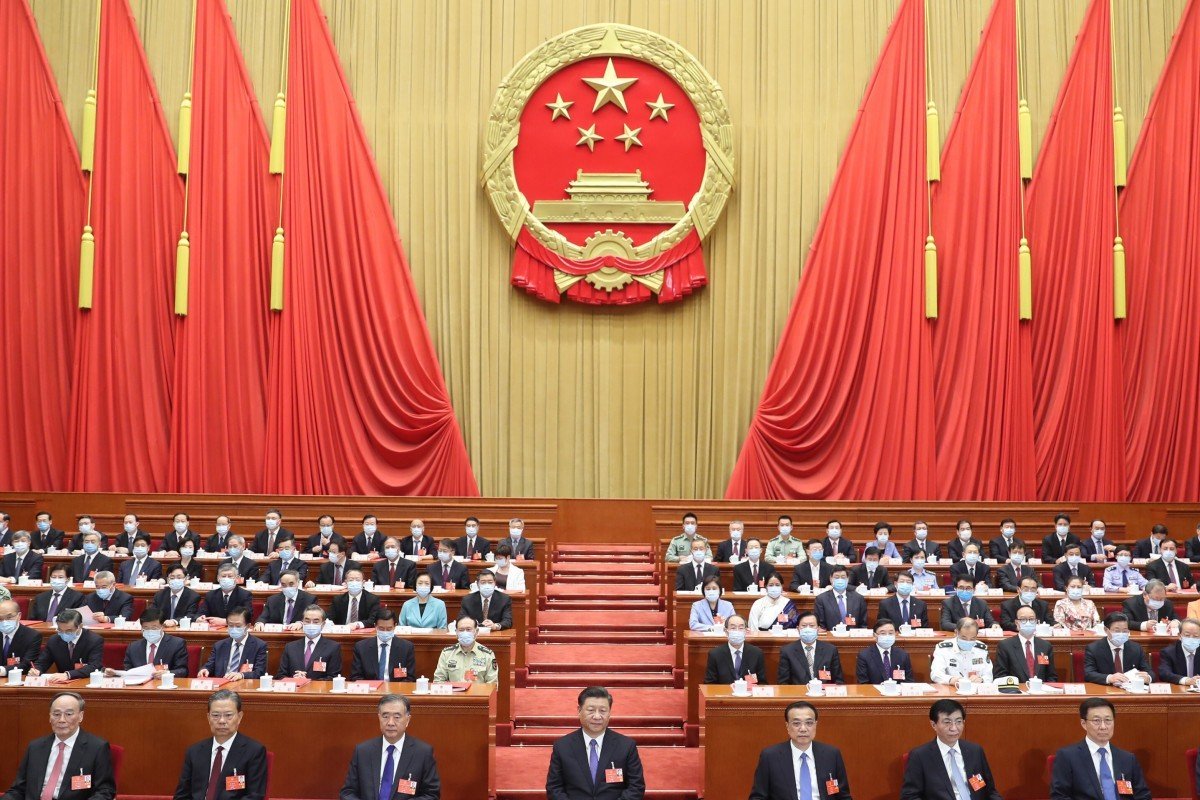 Teresa Cheng Yeuk-wah says such calls to be made by her department, not its mainland Chinese counterpart. She pledges the city’s government will raise concerns with the NPC Standing Committee if common law principles, human rights safeguards are not observed

Any decision to prosecute suspects under the new national security law that Beijing is tailor-making for Hong Kong will rest with the city’s Department of Justice, instead of its mainland Chinese counterpart, Hong Kong’s justice minister has promised.

Teresa Cheng Yeuk-wah pledged on Monday that the Hong Kong government would raise its concerns with China’s top legislative body, the National People’s Congress (NPC) Standing Committee, if common law principles and human rights safeguards were not observed in the legislation before its implementation in the city.

In an exclusive interview with the South China Morning Post, she also said the new law would not be retrospective in principle, and open trials would be conducted “in general”, although exceptions could be allowed under international and common law practice.

Cheng sought to allay fears that mainland prosecutors might lay charges against suspects after the national security law was passed, saying “the best answer is Article 63 of the Basic Law, which states that the Department of Justice shall control criminal prosecutions”.

“When we control the criminal prosecutions here in Hong Kong, it is to be free from any interference,” she said, referring to the provision in the city’s mini-constitution.

Asked if there would be exceptions for politically sensitive cases, the justice secretary said: “I don’t see it in Article 63, do I?”

She added that there was no mention in the resolution endorsed by the NPC last Thursday that the Supreme People’s Procuratorate of China was going to set up a body in Hong Kong which would take over prosecutorial decisions.

“Because they will have to amend the Basic Law, I am sorry,” Cheng said.

The NPC’s resolution authorises its standing committee to craft a national security law to “prevent, stop and punish” threats to national security by outlawing acts and activities of secession, subversion, terrorism and foreign interference in the city’s affairs.

The law, which could be in place by August, has prompted widespread concerns that it might effectively criminalise all forms of dissent and opposition activity, although the government has offered repeated reassurances that it would only target a small, criminal minority.

The bill will be drawn up and passed by the NPC Standing Committee before being added to Annex III of the Basic Law.

Under the legislation, the Hong Kong government will have to set up new institutions to safeguard national security and also allow mainland agencies to operate in the city “when needed”.

The possibility of mainland agents having a role in enforcing the law has caused further consternation.

The announcement of the impending law has prompted the US government to retaliate by declaring it will revoke a policy act under which the city is treated as a separate trading and customs entity from the rest of mainland China.

Under the legislation, the Hong Kong government will have to set up new institutions to safeguard national security and also allow mainland agencies to operate in the city “when needed”.

The possibility of mainland agents having a role in enforcing the law has caused further consternation.

The announcement of the impending law has prompted the US government to retaliate by declaring it will revoke a policy act under which the city is treated as a separate trading and customs entity from the rest of mainland China.

This came after Washington’s conclusion that Hong Kong was “no longer autonomous”, and therefore should be treated as just another Chinese city.

Cheng said her department would ensure that common law principles of Hong Kong’s legal system – such as open trials, reasonable certainty of definition of offences and the presumption of innocence – would be respected by the national security legislation.

“If we see that there is something that may not meet the legal principles, it is our duty. And I think the standing committee would welcome that because it wants a law in Hong Kong that is going to be implementable and safeguarding the legitimate rights and interests of the Hong Kong residents,” she said.

“If those points are affecting these rights, we will say so. And I am sure the NPC Standing Committee, they will listen. And if we are right, I think something will be done.”

The Basic Law states that the standing committee may add to or delete from the list of laws in Annex III after consulting the Basic Law Committee and the city’s government.

Asked if it would be too late for the city’s government to convey Hongkongers’ views and concerns after the drafting of the law, Cheng said: “It wouldn’t be. If it’s a valid suggestion, a good suggestion, I see no reason why such a suggestion would not be taken on board.”

She said her department was “always ready” to help with the drafting. “But the role of the drafting is with the standing committee. It’s not for us to say, ‘Oh, why don’t you ask someone in our law-drafting division to help?’ That’s not something within our purview but we are of course ready to help.”

The justice minister said the national security law would not be retrospective in principle as retrospectivity was precluded under the city’s Bill of Rights.

“But there are always exceptions, such as those specified in treaties and international conventions,” Cheng said.

“If it comes out to be there are provisions to say certain crimes are to be implemented with a retrospective effect, then the question for us is to see whether there are justifications for the normal rule to be deviated from.”