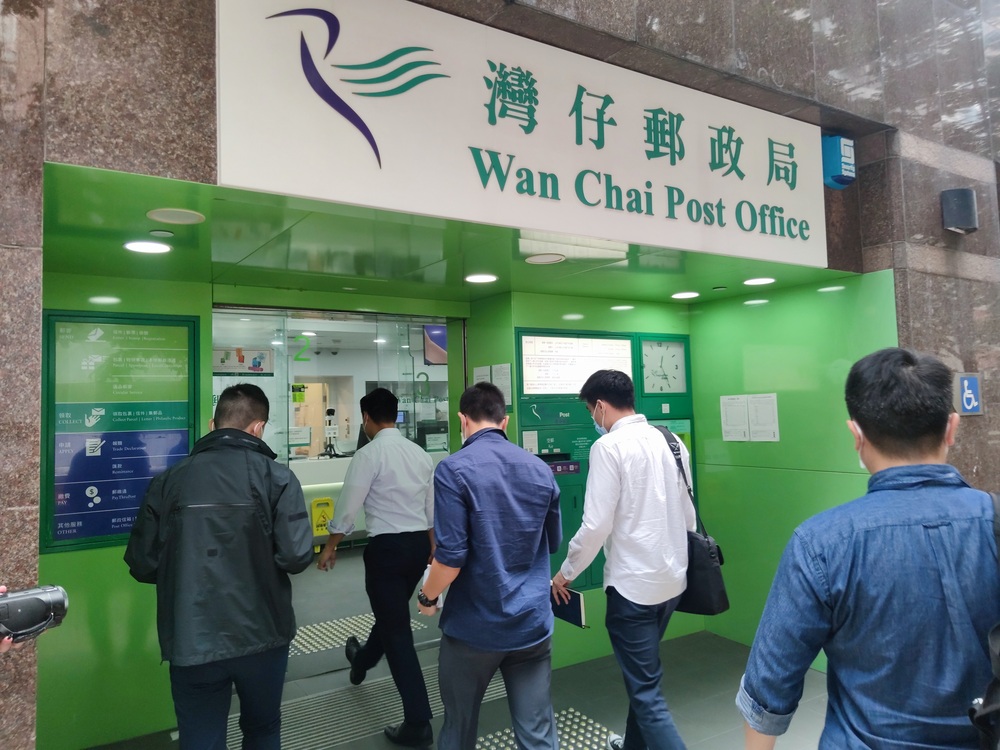 A citizen hoping to get himself a provisional vaccine pass has not been able to submit the application at the post office for the third day, as the same-day queuing tickets were swept up within 30 minutes in the morning.

With Hong Kong now allowing double jabbed non-residents to enter the city, relevant individuals could apply for a provisional vaccine pass to exempt themselves from a third dose requirement under the vaccine pass arrangement set to kick in on May 31.

Starting Thursday, inbound travelers will be given the provisional vaccine pass upon arrival, while those who arrived in the city before May 5 may visit the 18 designated post offices to obtain one.

More than a hundred people were seen outside the Wan Chai Post Office on Thursday morning, with the person first in line saying he started queuing up in the early hours today.

All same-day tickets were swept up within 30 minutes after the post office opened at 9.30am, with many turned away empty-handed.

One citizen told reporters that it was the third day he had failed to get ahold of the same-day ticket to submit his application, saying it was shocking that authorities are still using “such an outdated queuing system.”

Click here for details of the provisional vaccine pass.