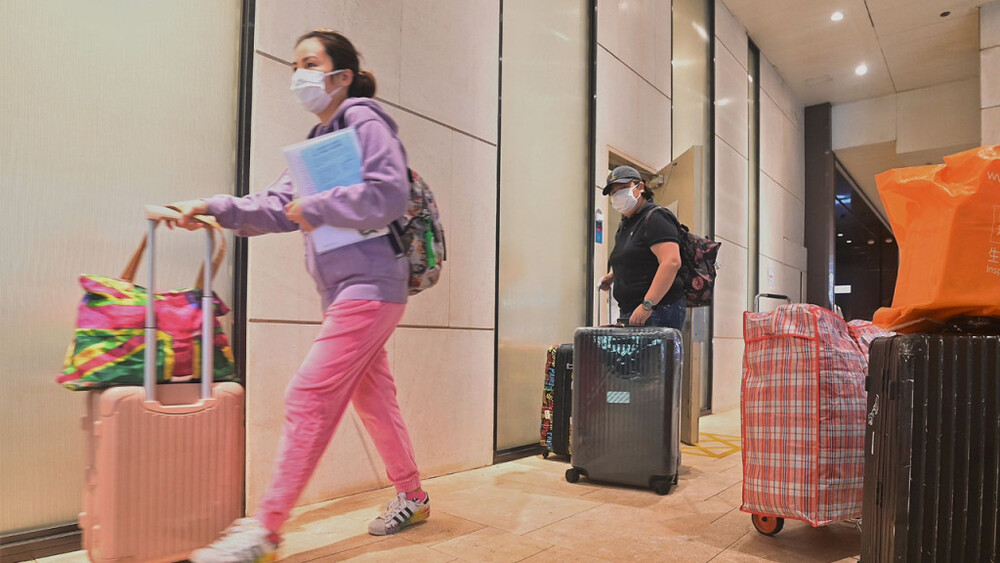 Quarantine hotels are lagging to ease the isolation requirement, a citizen says, as she found the hotel is giving different guidelines from those published by the Department of Health.
A female traveler surnamed Chung, who returned from South Korea on August 8, said she did not need to undergo quarantine in South Korea and had booked a hotel for a week to meet the quarantine requirements before getting back to Hong Kong.

As the government announced earlier that the quarantine period for inbound travelers would be shortened, some hotels have already implemented the new policy to let travelers who had completed their hotel quarantine leave earlier and arrange for a refund of the unused nights.

Chung noted that the Department of Health has announced that those who have completed at least three nights of isolation at designated quarantine hotels before August 12, could be discharged from the hotel between August 9 and 12 after confirming their negative Covid test results.

However, she was informed by the hotel that she could leave only after 11am on Friday at the earliest. She complained that there are no one from the government hotline or the front desk of the hotel to answer her calls.

She questioned the discrepancy of the policy announced by the Department of Health, hoping the government can standardize the information and avoid confusing the public.

Winnie Chan Wun-yin, association manager at the Federation of Hong Kong Hotel Owners, said hotels will be per government instructions, contact tourists and gradually arrange for them to check out. Those who have stayed for seven or six days will be arranged to leave first.

However, she revealed that there are still travelers who wish to complete seven days of hotel quarantine, mostly foreign domestic helpers as their employers worry that their quarantine time is too short.
#Covid
Add Comment