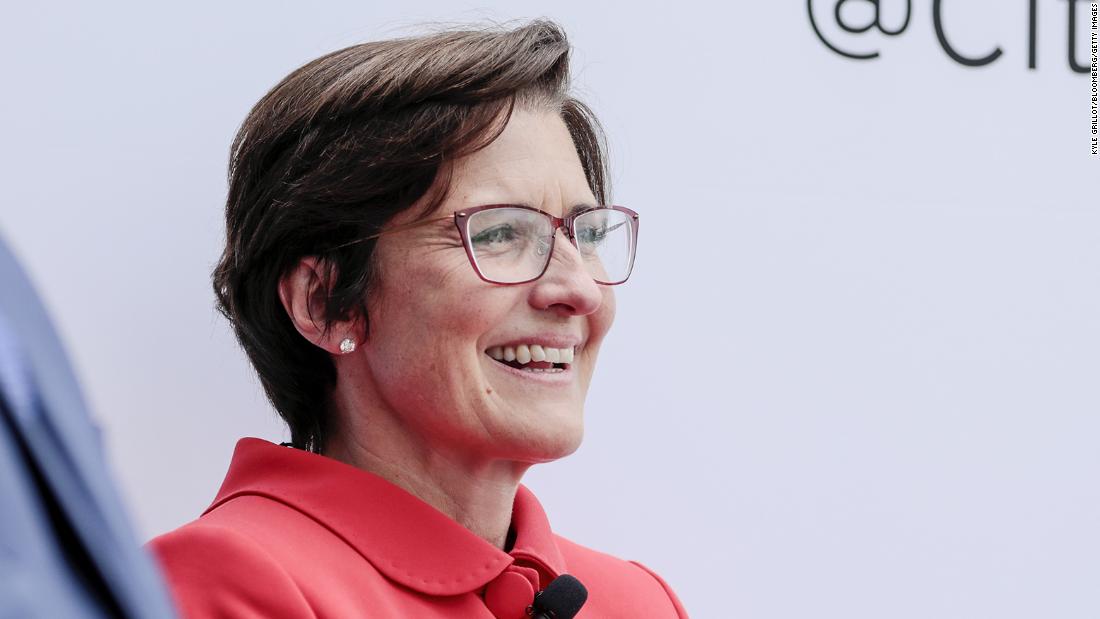 Citigroup is launching "Zoom-Free Fridays" as a way to help the bank's burned-out employees cope with stress a year into the pandemic.

"The blurring of lines between home and work and the relentlessness of the pandemic workday have taken a toll on our well-being," Citi CEO Jane Fraser wrote in a Monday memo to all employees obtained by CNN Business. "It's simply not sustainable."

Fraser, the first woman to lead a major US bank, explained the decision to ban internal video calls on Fridays came in response to feedback from Citi's 210,000-person global workforce.

"After listening to colleagues around the world," Fraser wrote, "it became apparent we need to combat the 'Zoom fatigue' that many of us feel, so I overcame my initial resistance to this idea."

However, Citi (C) said employees may still be expected to hop on internal audio-only calls as well as external Zoom calls, including with clients and regulators.

In addition to Zoom-Free Fridays, Fraser asked employees to try to limit scheduling calls outside of what had been traditional working hours pre-pandemic and on weekends.

"When our work regularly spills over into nights, very early mornings and weekends, it can prevent us from recharging fully, and that isn't good for you nor, ultimately, for Citi," she wrote.

Fraser also urged employees to take their vacation time and announced Citi will hold a firm-wide holiday for the second year in a row. Dubbed Citi Reset Day, the holiday will take place Friday, May 28. Bloomberg News first reported the Citi memo.

The moves by Citi show how Wall Street firms are responding to the mental health pressure facing employees. Booming markets and seismic changes in the economy have created ample business — and stress — for investment banks during the pandemic.

"My body physically hurts all the time and mentally I'm in a really dark place," one Goldman Sachs analyst wrote in the survey of first-year analysts.

Goldman Sachs (GS) CEO David Solomon left a voice message for staff, on a Sunday, pledging to speed up the hiring of junior bankers and to strengthen enforcement of a rule that says junior staff should not be expected to be in the office between 9 pm Friday and 9 am Sunday.

"Clients are active, and volumes in a lot of our businesses are at historic highs," Solomon said. "Of course, the combination of the pandemic and all this activity put stress and strain on everyone at Goldman Sachs."

Meanwhile, Jefferies is sending gifts to its analysts and associates around the world as a token of appreciation, according to a March 18 memo sent to staff.

The bank is offering these employees the choice of a Peloton bike with a one-year subscription, a Mirror workout system or an Apple package that includes the Apple Watch SE, iPad Air and AirPods Pro.

The freebies come as Wall Street leaders deliberate how and when to reopen their offices. A new KPMG survey of 500 CEOs shows that some major global companies no longer plan to trim their physical footprint after the pandemic. Just 17% plan reductions, compared with 69% in August.

At Citi, Fraser did not explicitly detail a reopening date, but said: "Any kind of new normal is still a few months away for many of us."

Like other big banks, Citi, which has nearly 67,000 employees in North America, is indicating a preference for in-office work after a year of being mostly remote.

"For many of our roles, we strongly believe there are several material advantages to being physically together," Fraser said.

She argued that working together in-person can drive a sense of pride, promote collaboration, aid apprenticeship and break down silos.

"These attributes are a big driver of why you will be expected in the office or on site," Fraser said.

The Citi CEO said most roles around the globe will be classified as hybrid, meaning they will work in the office at least three days a week and from home no more than twice a week.

Some jobs, including branch employees or data center workers, will be required to work on site. Fraser said it will be "somewhat rare" to have new roles that will be fully remote.