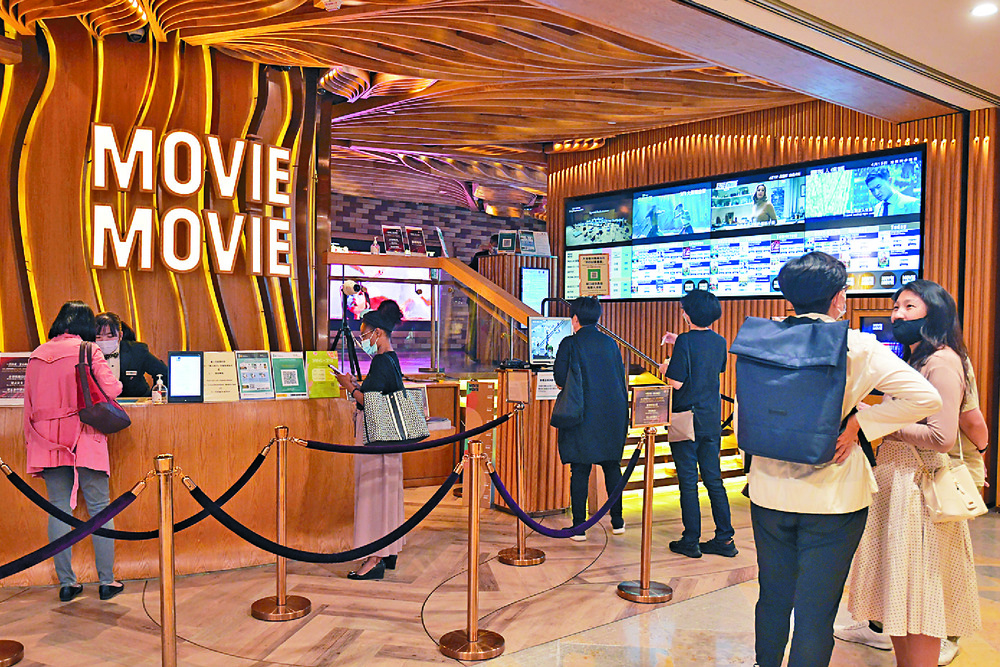 Cinemas take a pop over snacks

Lift the food ban inside cinemas, urged the Hong Kong Theatre Association.
Under the current social distancing measures, cinemas can fill up to 85 percent of their capacity but audiences cannot eat inside the houses.

The association yesterday said that nearly 90 percent of cinema employees have been vaccinated and there are ventilation systems in the theaters.

The risk of virus spreading in cinemas is low because audience members will not talk to each other, it added, and all customers are required to use the LeaveHomeSafe app to facilitate virus tracing.

The association also said 30 percent of their cinemas' income comes from snacks and drinks sales, and such income is crucial for daily operations and employees' salaries.

In addition, cinemas have been reopened for eight months but there are few customers, and the box office plunged almost 50 percent compared to the same period two years ago, it said.

In March this year, UA Cinema shut their six theaters after 36 years, citing "devastating pressure" from the pandemic.

Meanwhile, a pharmacists' association said the government should act early to secure the new Covid-19 drug to help relieve the burden on hospitals if Hong Kong sees another outbreak of infections.

Sources said the Hospital Authority is said to be planning to purchase 500 treatments of the antiviral drug Molnupiravir, developed by American pharmaceutical company Merck & Co, with each treatment costing US$700 (HK$5,460).

William Chui Chun-ming, president of the Society of Hospital Pharmacists of Hong Kong, said the new oral drug is much cheaper than Remdesivir, a drug currently used by the HA to treat Covid-19 patients with a cost of around HK$15,000 per treatment. Speaking on a radio program yesterday, Chui said the new drug can lower patients' admission and death rates, and is also effective in treating the new Delta and Mu Covid-19 variants.

The government should act early to ensure the city is able to procure the medication as other countries are expected to compete for it, Chui said.

But University of Hong Kong microbiologist Ho Pak-leung said although the interim results of the drug were encouraging, there is still not enough evidence to prove its safety because only 200 to 300 participated in the trials.

He called for a cautious approach and to wait for more information as the drug could have side effects such as cancer.

Ho also said Hong Kong needs to follow the mainland's instructions in order to resume cross-border travel, but echoed executive council convener Bernard Chan who said only those going to the mainland need to download the "cross-border code" for its tracing system, as it is used for mainland authorities to know travelers' whereabouts.

In other news, the Centre for Health Protection announced yesterday that free or subsidized seasonal flu jabs will be offered to eligible members of the public starting tomorrow, and specifically urged elderly citizens to get both jabs as soon as possible.
#COVID-19  #Covid
Add Comment