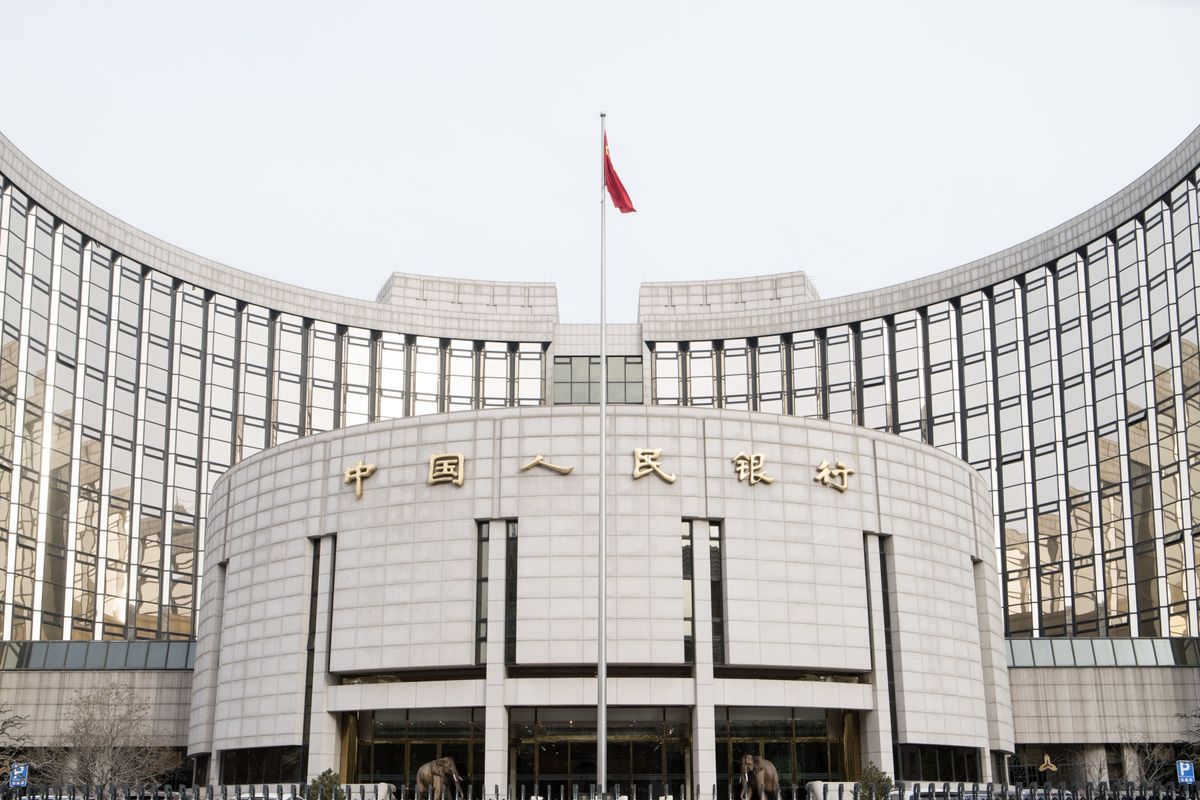 The Chinese onshore yuan notched up its biggest rally in more than 13 years Friday as the central bank allowed optimism over a “blue wave” in the U.S. election to push the currency higher. Analysts are predicting more gains ahead.

The onshore yuan advanced 1.58% in the first trading session of October after a national holiday, while its offshore counterpart gained the most since December. It was the biggest gain among emerging-market currencies.

The People’s Bank of China started the day by setting the daily yuan fixing at 6.7796 per dollar -- slightly stronger than expected -- suggesting it will allow further appreciation. Goldman Sachs expects the yuan to reach 6.50 amid rising odds of sweeping Democrat victories in the Nov. 3 vote, a so-called blue wave. 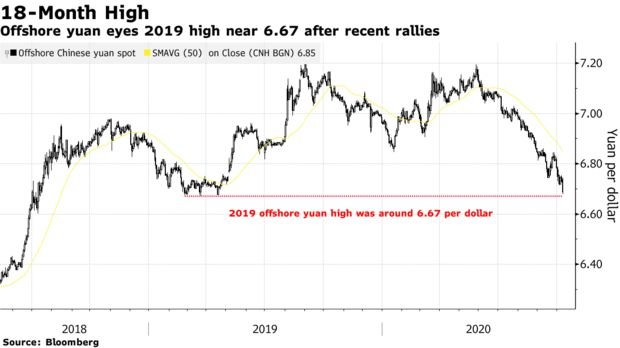 Technicals are also lending a hand. The offshore yuan now trades at the strongest level since April of last year, just shy of 2019 highs near 6.67 per dollar. Tom Fitzpatrick, chief technical FX strategist at Citigroup, sees the 6.6693-6.6752 area as the next resistance level for the dollar. Should it breach that level, the currency is expected to reach 6.50, Fitzpatrick wrote on Friday in a client note.

China is leading the global economic recovery after emerging first from coronavirus lockdowns. As of September, the Organisation for Economic Co-operation and Development forecast growth of 1.8% this year, making the world’s second-biggest economy the only one among the Group of 20 on track to expand. While hotels in much of the world stand vacant, room prices in China are shooting up and tickets to the Great Wall are sold out. 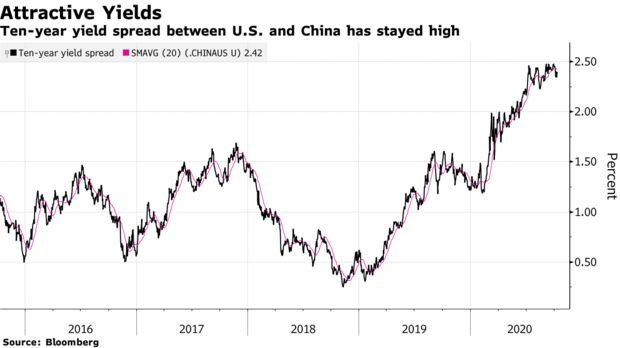 The yield spread between 10-year Chinese and U.S. government bonds has hovered around 240 basis points since September, a hefty premium that attracts inflows and provides solid support for the exchange rate.

“The Chinese economy is recovering and Chinese rates have been rising relative to the U.S.,” said Mathieu Savary, a strategist at BCA Research in Montreal. On top of that, the yuan is set to benefit from Chinese export growth and the dollar’s continued decline, he said.