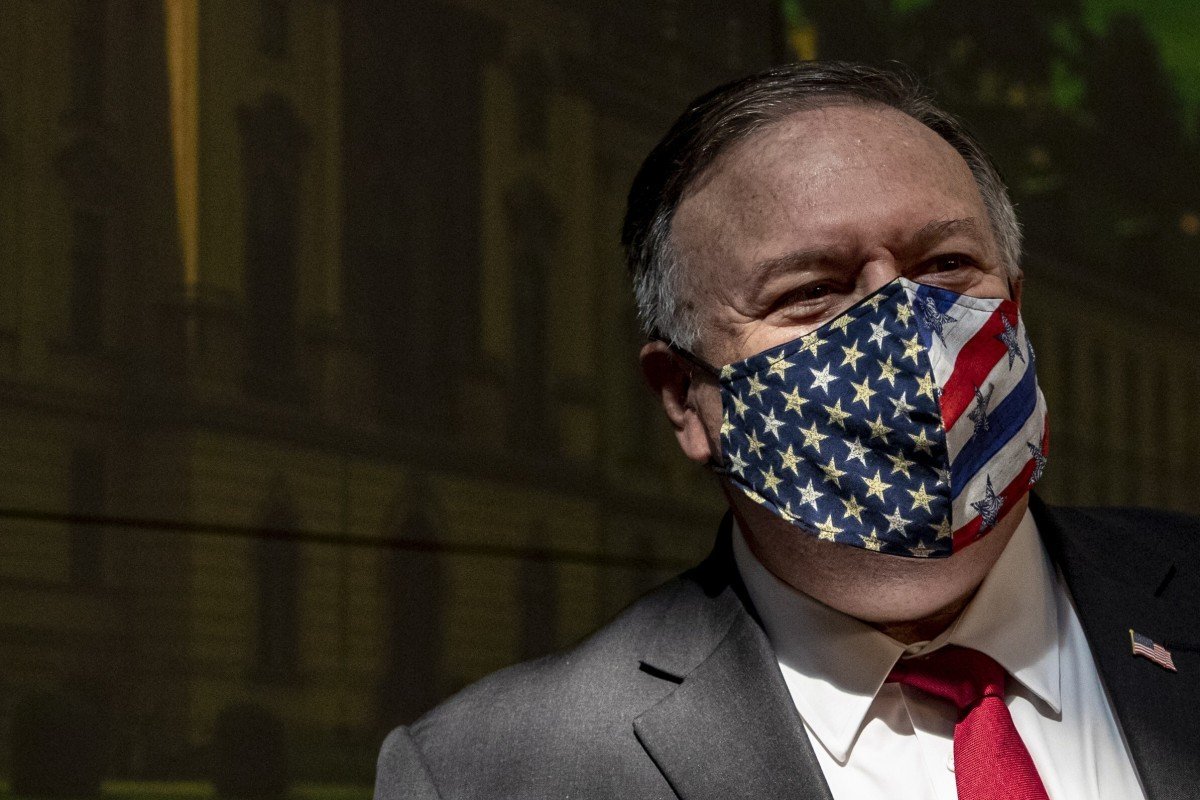 Chinese threat may be worse than ‘Cold War 2.0’, says Pompeo

US Secretary of State urges Czechs to stand up to Beijing like they did to Soviets. Pompeo raises prospect of Chinese world domination on first stop of five-day Central Europe trip

This story is published in a content partnership with POLITICO. It was originally reported by Siegfried Mortkowitz on politico.com on August 12, 2020.

China poses a threat to the West that is in some ways “worse” than that posed by the Soviet Union during the Cold War, US Secretary of State Mike Pompeo said in a speech to the Czech senate on Wednesday.

“What’s happening now isn’t Cold War 2.0. The challenge of resisting the CCP [Chinese Communist Party] threat is in some ways worse,” Pompeo said, using the first stop of his five-day visit to Central Europe to raise the prospect of Chinese world domination and remind his Czech hosts of their years under Soviet oppression.

“The CCP is already enmeshed in our economies, in our politics, in our societies in ways the Soviet Union never was.”

While he noted that Russia continues to “undermine” Czech democracy and security, with disinformation campaigns and cyberattacks, Pompeo maintained that China’s “campaigns of coercion of control” were a bigger danger.

“In your country alone, we see influence campaigns against your politicians and security forces, the theft of industrial data, and the use of economic leverage to stifle freedom itself,” he said.

As an example, Pompeo cited the cancellation of a concert tour by the Prague Philharmonic Orchestra in China last year because of Prague Mayor Zdeněk Hřib’s pro-Taiwan policies.

In his speech, Pompeo recalled the decades of Czech domination by the Soviet Union and the Czech Communist Party, which ran the country unopposed from 1948 to 1989.

“Your nation, and others that suffered behind the Iron Curtain, know best of all how deeply communists plunge societies into ruin and repression,” he said. “When the Iron Curtain finally fell, Americans rejoiced in your freedom.”

Recalling Czech resistance to Communist rule, he urged Czech senators “to stand up for the sovereignty and freedoms you and your countrymen demanded on the streets of Prague in 1968, in the Charter 77 document, and in Wenceslas Square in 1989”.

Pompeo’s visit, which began on Tuesday, comes as Czech senators are preparing an official trip to Taiwan from August 30 to September 4. The delegation will be accompanied by Hřib as well as representatives of more than 40 Czech companies. 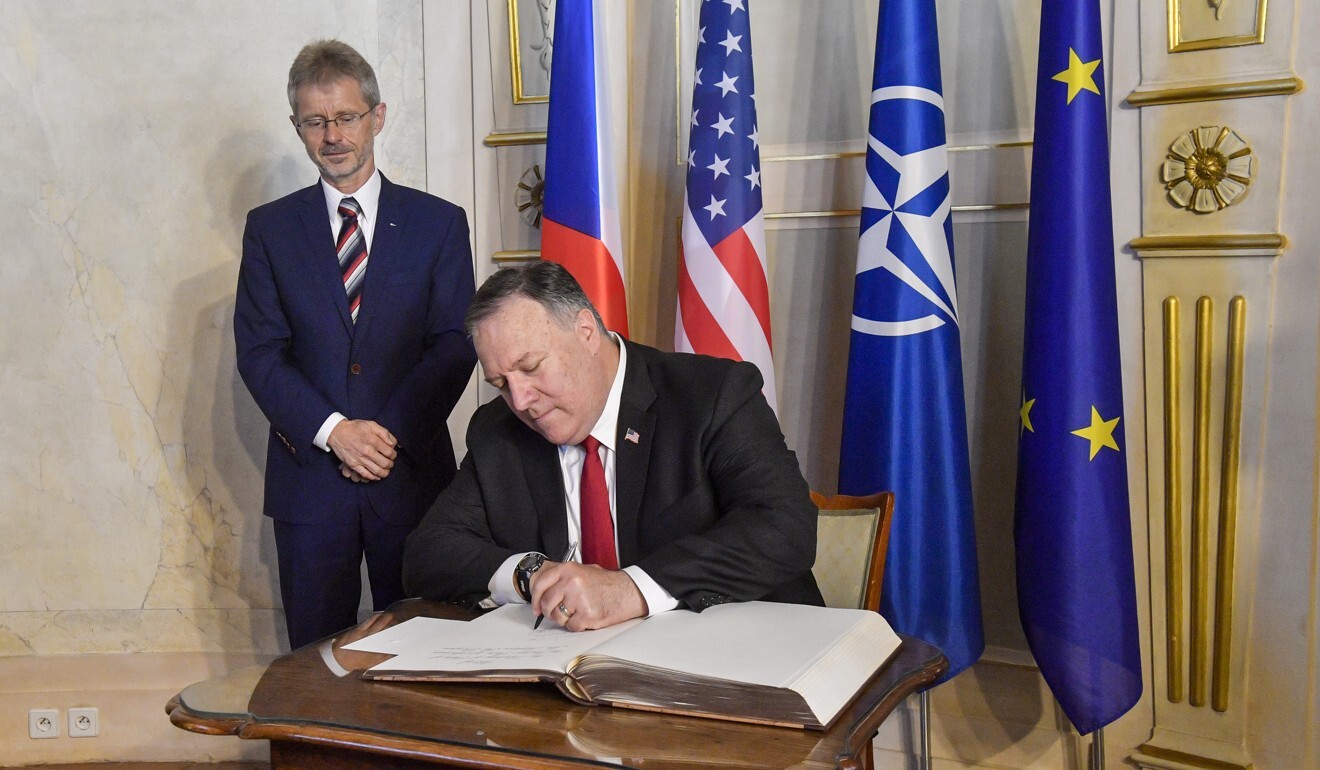 Milos Vystrcil, president of the Czech Senate, watches US Secretary of State Mike Pompeo as he signs the guestbook in the Wallenstein Palace building in Prague on Wednesday.

At a joint press conference following the meeting, Pompeo slammed China for its repression of the Hong Kong protests and called Beijing’s repression of Uygur Muslims “the human rights stain of the century,” charging that it was “sustained by companies like Huawei, using technology that the secret police could have only dreamed of”.

(Telecoms giant Huawei has repeatedly denied US allegations that it spies for the Chinese government through its 5G equipment.)

He also made a pitch to help the Czech Republic build its 5G network and expand its energy infrastructure.

The Czechs are planning to construct three new nuclear power plants by 2040. Potential bidders for the contract include the American company Westinghouse, Russia’s Rusatom and the China General Nuclear Power Corp.

Pompeo said that working with an American company would be “a great opportunity to increase energy security for the Czech Republic and the entire region”.

But Babiš was non-committal. He expressed disappointment that China had invested so little in the country, saying: “With all due respect to our American investors, I want more investments from China.”

Pompeo will travel to Slovenia’s capital of Ljubljana on Thursday, followed by stops in Austria and Poland.