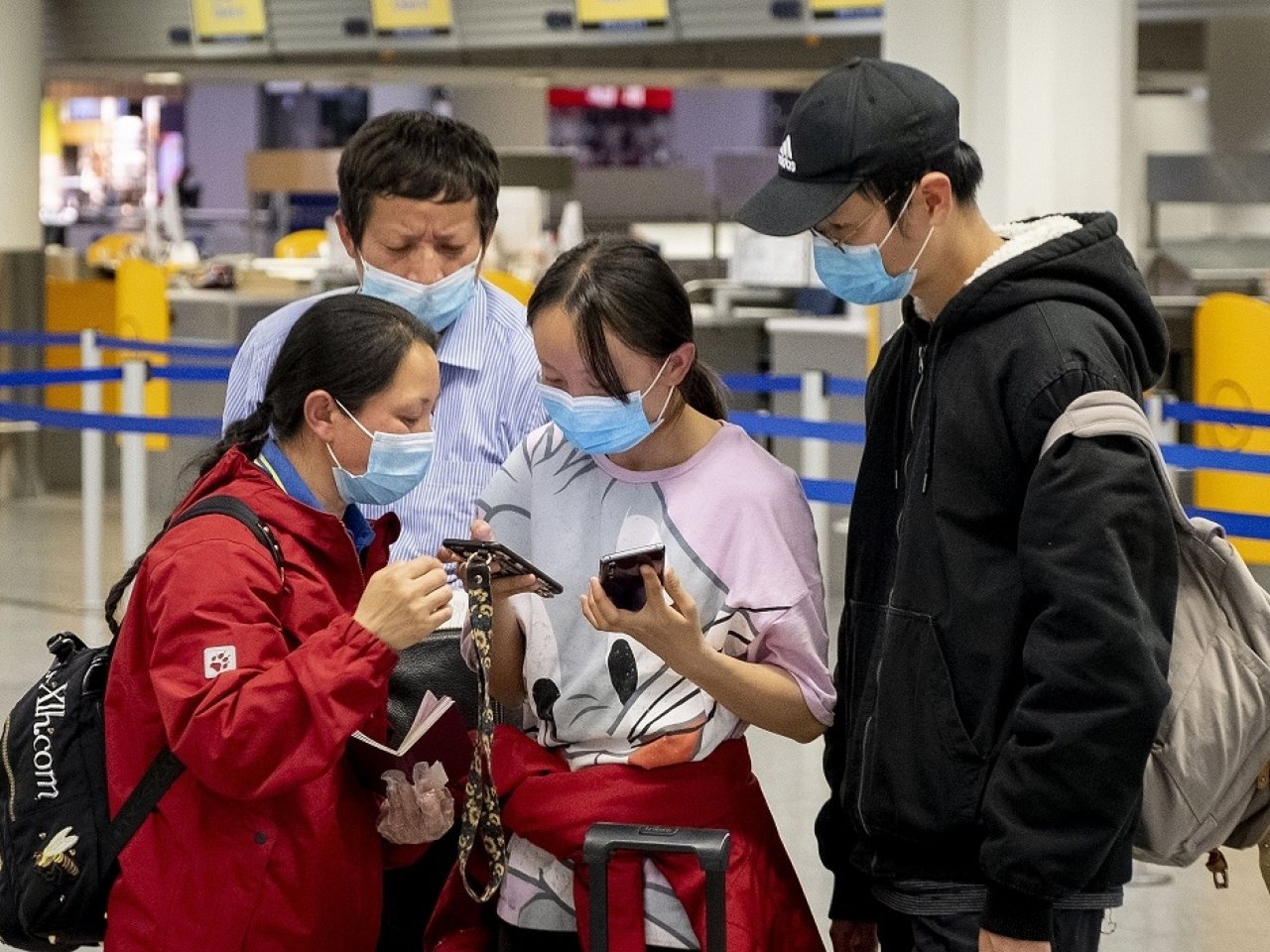 Chinese rush home to escape outbreaks in US, Europe

Under pressure from anxious parents, Chinese citizens living in virus-hit Europe are flocking back home, with some even flying on private jets to escape the spiralling number of infections overseas.
With authorities saying no new coronavirus cases falling to zero in China, the country where the disease first emerged now looks like a safe haven compared to the worsening crisis abroad.

Tens of thousands of students and professionals, as well as footballers from first division teams training abroad, are coming home.

But their return is fraught with difficulty: flights are expensive and infrequent, there have been infection cases on planes and 14 days in quarantine – generally in a hotel at the returnee's expense – is mandatory upon arrival.

"My parents were very worried, they called me every day," said Zhao Yidong, a 29-year-old IT consultant who returned from France.

"I had three weeks left in France but with Trump closing the American borders to people coming from Europe, I was afraid that China would also block its [borders] to them too," he said by phone from a two-star hotel in the eastern city of Yangzhou, where he has been quarantined.

"So I preferred to return earlier."

When he arrived in Shanghai, he underwent medical checks, before being taken to the hotel by authorities.

"Morale is very good. I have nothing to complain about: every day, a doctor examines us and the employees drop three full meals outside the door for us," he said.

The government pays for half his stay, while the rest is at his expense: 1,680 yuan for 14 nights.

But having been victims of racism in Europe, where they were considered as potential carriers of the virus at the start of the outbreak, some of these Chinese returnees must now deal with distrust among their compatriots.

On social networks, there has been criticism of "irresponsible" people who have brought the virus back to China, where more than 200 imported cases have already been identified.

This hostility did not deter Yang Qingyun, 28, a student at the Ludwig Maximilian University of Munich, from coming home.

"I had a feeling that the epidemic would explode in Germany. Most Germans were not taking the disease seriously and I was afraid that my daughter would be infected," she told AFP from the northern province of Shanxi, where she is in home quarantine.

However Effy Zhang, a 27-year-old researcher, said she preferred to stay in Dusseldorf rather than give in to her parents and return to her small Chinese city where hospitals "inspire less confidence than in Germany".

"I have my own apartment here, so I can isolate myself easily. I'm trying to run more and take vitamin C, hoping it will improve my immune system."

Her father Zhang Bing was not reassured, however.

"What I am afraid of is that the German medical system finds itself inundated, without the necessary resources in personnel, material, supplies," he said.

It's a concern fuelled by news from Europe: a gathering of 3,500 people dressed up as Smurfs in France, crowded Parisian parks, and a slow response to the epidemic in Britain.

One panicked father sent a private jet to London to repatriate his student daughter, according to the Chinese private airline IFlyPlus, at the cost of one million yuan.

In the first half of March, the company said that it had recorded a 227 percent increase in the number of flights to China compared to the previous year.

Sun Qiujie, a 27-year-old who works in advertising in Paris, said she "must keep working" but remains calm because she has already been through quarantine at the end of January during a holiday in China.

"But my parents are going crazy, they really want me to come home. Every time we call, we bicker," she said.
#Coronavirus
Add Comment