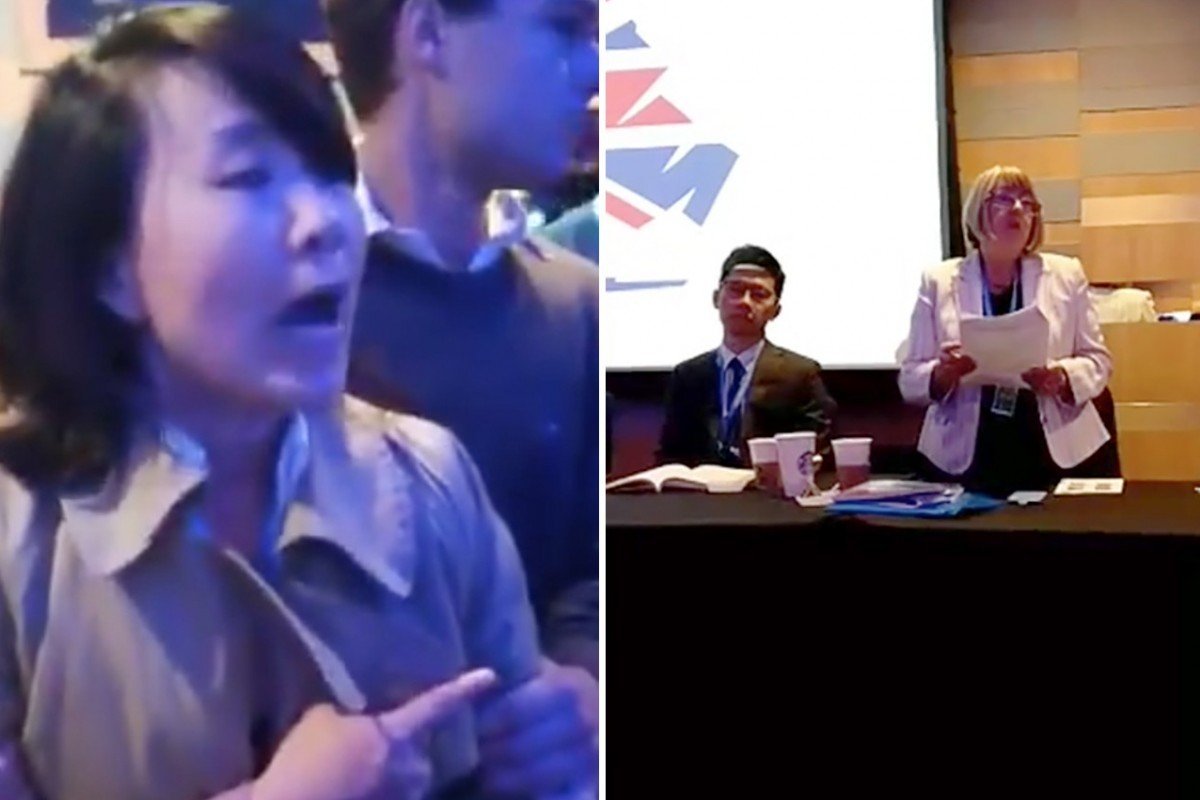 CCTV journalist given suspended sentence for assaulting Enoch Lieu at Conservative Party conference in Birmingham last year. Kong shouted at human rights activists on panel that they were ‘trying to separate China’, then hit Lieu when he asked her to leave

A journalist with Chinese state broadcaster CCTV was on Friday convicted of slapping an activist with Britain’s governing Conservative Party during a debate over Hong Kong.

Kong Linlin, 49, was given a suspended sentence for assaulting Enoch Lieu at a fringe meeting at the Conservatives’ annual conference in Birmingham, central England, in September 2018.

She shouted at human rights activists on the panel that they were “trying to separate China” and when Lieu asked her to leave, she slapped him, the city’s magistrates court heard.

“It was in the heat of the moment that the defendant lost her cool professionalism as a journalist and instead became an impassioned heckler,” judge Shamim Qureshi said.

He gave Kong a 12-month conditional discharge, meaning she will not be jailed unless a further offence is committed within that period.

He also ordered her to pay costs, a victim surcharge and compensation, totalling £2,115 (US$2,740). She is expected to appeal.