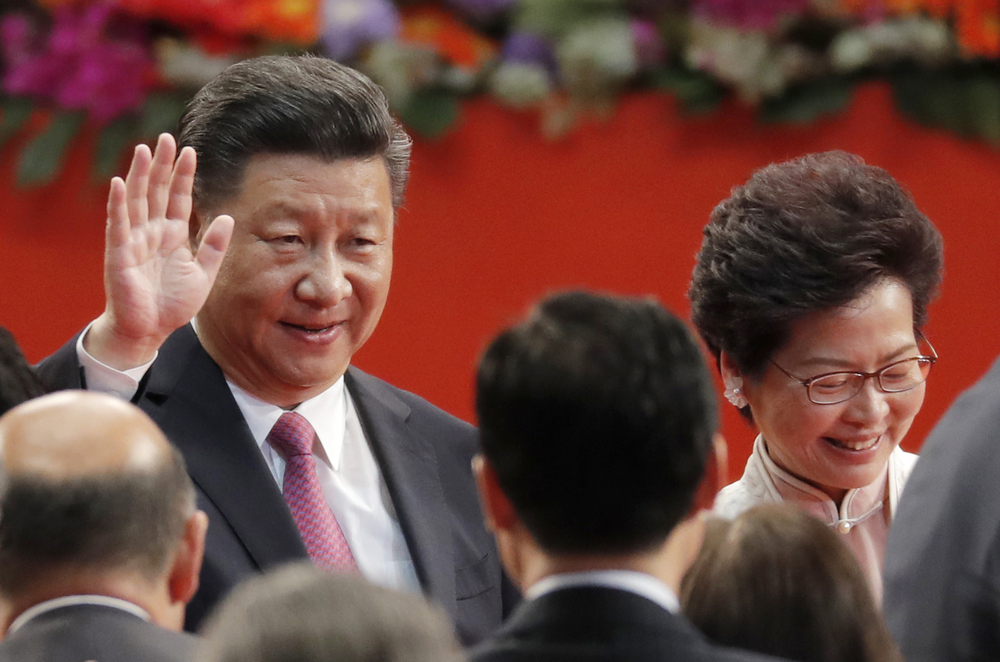 Chinese President Xi Jinping will visit Hong Kong for the 25th anniversary of the city's handover to mainland China, state news agency Xinhua reported on Saturday.
The trip will be Xi's first known visit outside mainland China since January 2020 after the Covid-19 outbreak. He will also attend the inaugural ceremony of the sixth-term government of Hong Kong, Xinhua added.

John Lee Ka-chiu will become the city's new leader on July 1, replacing Carrie Lam Cheng Yuet-ngor, who oversaw some of the territory's most tumultuous times with anti-government protests and Covid-19.

Xi also oversaw the swearing-in of Lam in 2017, as the president and first lady Peng Liyuan stayed in the city for three days to mark the 20th handover anniversary amid an unprecedented police presence.

Uncertainties over whether Xi would visit the former British colony grew in the past weeks as new Covid infections increased in the city, with two incoming senior officials -- Chief Secretary Eric Chan Kwok-ki and Secretary for Constitutional and Mainland Affairs Erick Tsang Kwok-wai -- among the latest cases.

China adopts stringent Covid policies and travel restrictions which aim to eradicate all outbreaks, at just about any cost, running counter to a global trend of trying to co-exist with the virus.

Hong Kong has its own version of zero-Covid, which has kept the international business hub isolated for much of the pandemic, but it is less strict than what is practiced in the mainland.

The difference in policy means Hongkongers coming into close contact with Chinese officials will likely be required to undergo quarantine.

Senior government officials have entered a "closed-loop" system to minimize infection risk ahead of their attendance at the handover celebration events, according to earlier reports.

Critics said Hong Kong's 25th handover anniversary is significant to China which sees the city stabilizing from the mass pro-democracy protests in 2019, after the implementation of the national security law, and electoral reforms that ensure only "patriots" can work in the government and lawmaking body.

A former top policeman turned civil servant, Lee has pledged to maintain a firm grip on the city under the security law, in line with China's sovereign interests.