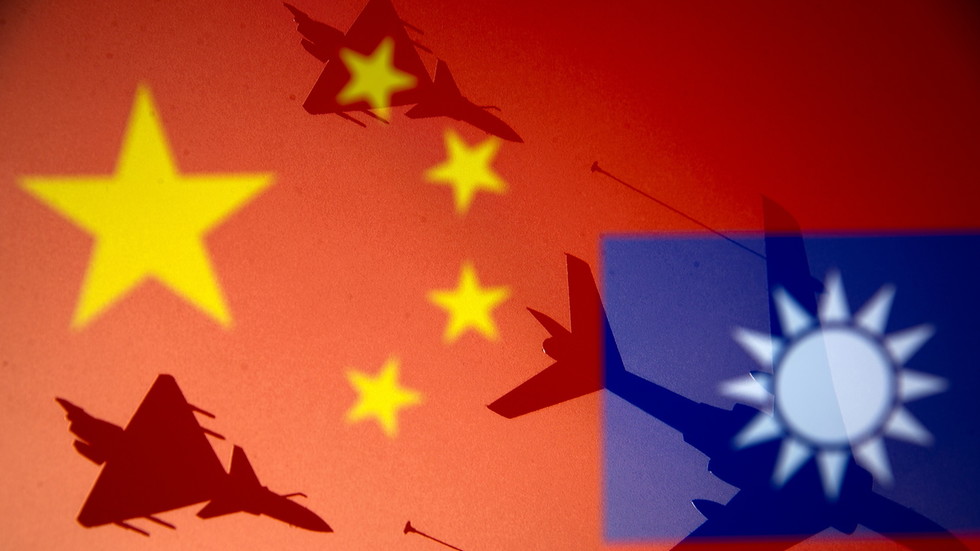 On Friday, Taiwan’s Ministry of Defense issued a statement confirming that 10 planes belonging to China’s People’s Liberation Army (PLA), including six J-16 and two J-11 fighters, alongside one anti-submarine and one reconnaissance aircraft, had entered the island’s southwest air-defense zone.

Taiwanese troops were dispatched and missile systems were poised to monitor the jets’ activity, the ministry’s statement read.

The latest flyby comes just a day after Taipei proposed spending an extra $8.69 billion over the next five years to boost its military against potential “severe threats from the enemy,” referring to Beijing. The additional multi-billion-dollar package will also be used for new missiles.

Taiwan’s Defense Ministry said that Beijing’s military capability had been significantly ramped up, and stressed that it is a matter of urgency for the island “to obtain mature and rapid mass production weapons and equipment in a short period of time.”

Beijing, which views Taiwan as an integral part of its territory under its ‘One China’ policy, has frequently deployed naval warships and fighter jets in the island’s air-defense zone. Last month, the PLA’s Eastern Theater Command conducted assault drills in the south of Taiwan in response to “provocations” in the form of heightened US military presence and ties between the island and Washington, which China views as “collusion.”

Washington has devoted increased attention to the island since President Joe Biden assumed office. An unofficial delegation of representatives was sent to Taiwan in April, and several US Navy ships have sailed across the South China Sea. Beijing sees the White House’s involvement in the strait as upsetting the region’s “status quo.”