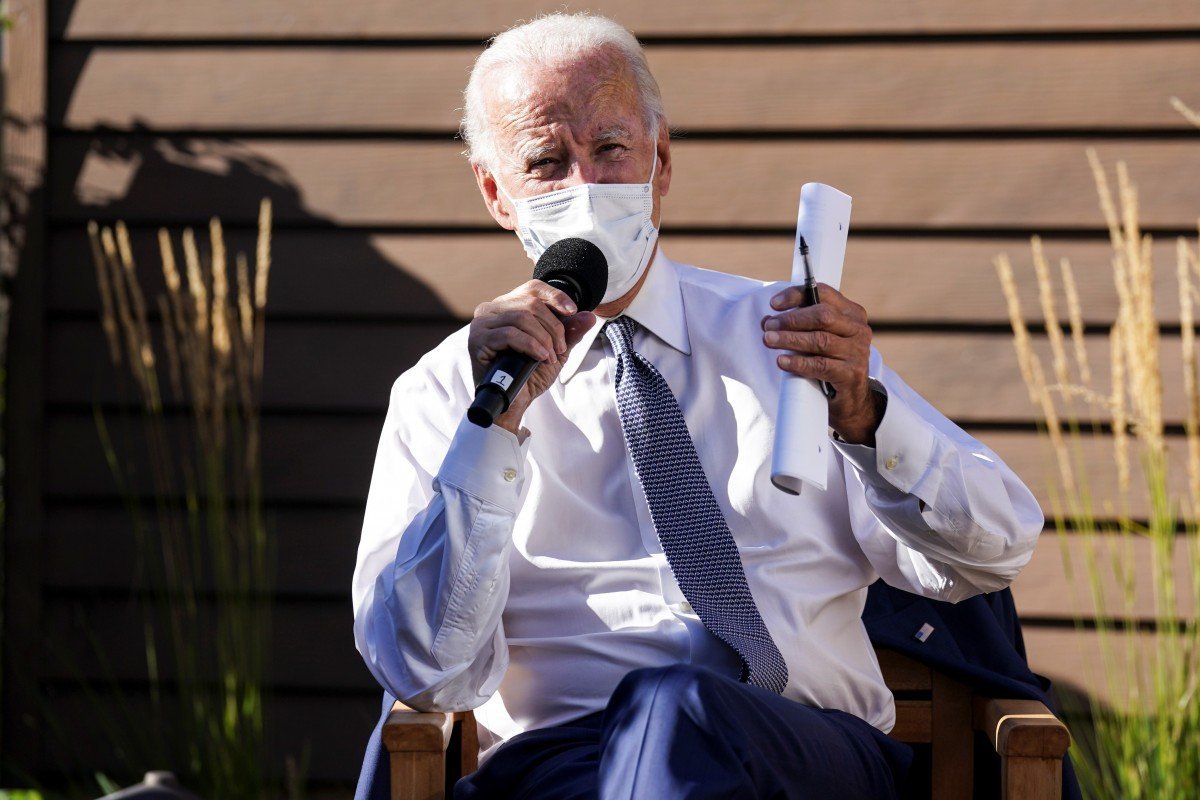 Chinese officials will be brought to account if I’m next US president: Biden

Democratic nominee said he would meet the Dalai Lama and press Beijing to return to dialogue with Tibetan representatives if elected.

In his strongest and clearest statement yet on the Tibet issue, the Democratic presidential nominee said he would meet the Dalai Lama and work with US allies in pressing Beijing to return to dialogue with representatives of the Tibetan people if he is elected as the next US president.

Biden’s statement came after Chinese President Xi Jinping vowed to tighten control over Tibet, a region on the western border with India, at a high-level meeting that concluded last Saturday.

Xi said China must build “an impregnable fortress” to maintain stability in Tibet and educate the public to fight against “splittism”.

Biden said in the statement that Xi’s message was “the latest efforts by Beijing to crush ethnic minorities that seek to preserve their distinct culture, language and beliefs”.

China’s policy towards Tibet has once again become a flashpoint amid increasingly troubled US-China relations.

US Secretary of State Mike Pompeo said in July that the US would impose visa restrictions on Chinese officials who engaged in human rights abuses in the region and block outsiders from visiting the Tibetan autonomous region and other Tibetan areas, adding that Washington supported “meaningful autonomy” for Tibet.

Former US vice-president Biden did not provide details in his statement on how sanctions under his administration would work. But he accused US President Donald Trump of having “turned a blind eye” towards the situation in Tibet, and said he would strengthen US policy towards supporting Tibet if he is elected.

“As president, I’ll put values back at the centre of American foreign policy. I will meet with His Holiness the Dalai Lama, appoint a new special coordinator for Tibetan issues, and insist that the Chinese government restore access for Tibet for US citizens, including our diplomats and journalists.”

Biden added that he would also step up support for the Tibetan people, including by expanding Tibetan language services at US government-funded Radio Free Asia and Voice of America.

The statement is the latest in Biden’s newly hawkish approach towards China. In late August, the Biden campaign said in a statement that the Chinese government’s treatment of Uygur Muslims in the western region of Xinjiang amounted to “genocide” and that Biden “stands against it in the strongest terms”.

Biden has previously indicated that he might remove tariffs imposed by the Trump administration on imports from China if he takes office. When he announced his presidential bid in late April, his comments that China was “not a competition for us” prompted a backlash at home and led to some believing that he might adopt a less antagonistic approach towards China.

But observers have pointed out that Washington is likely to continue a tough position against China no matter who gets to be the next US president.