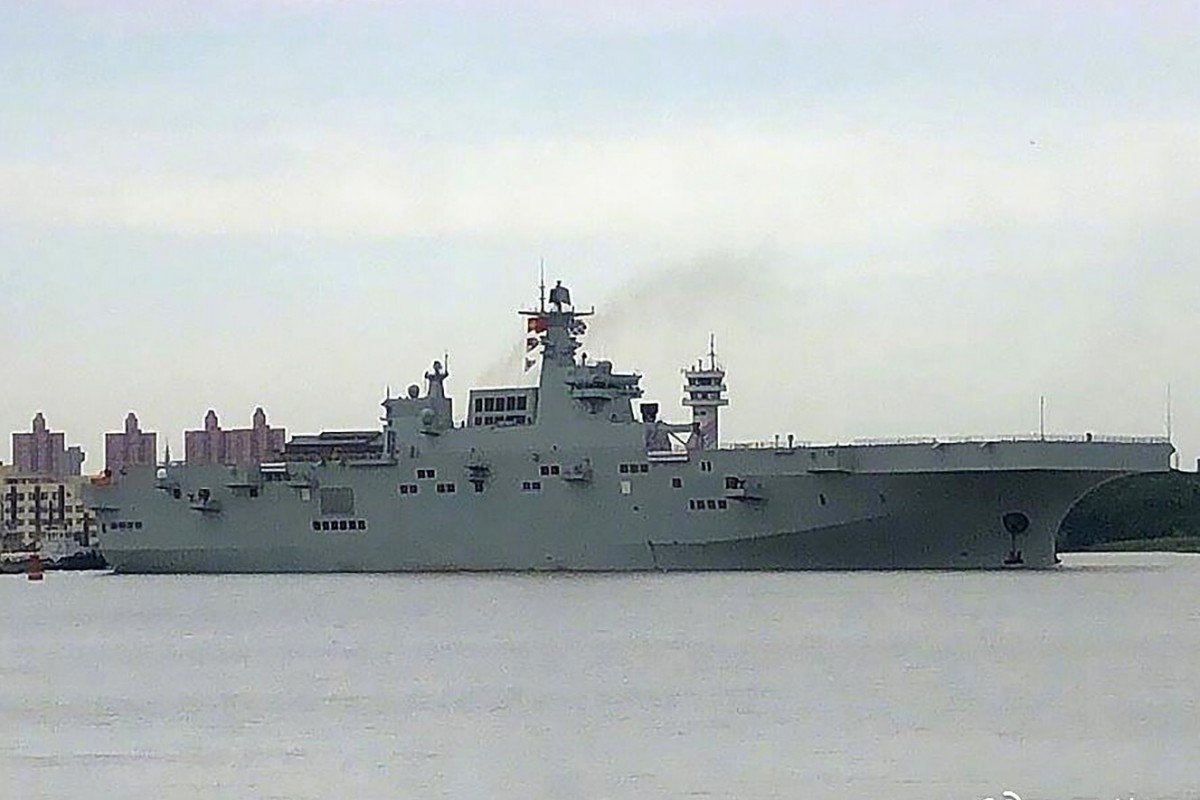 The 40,000-tonne helicopter carrier on Wednesday sailed out of the Hudong-Zhonghua Shipyard in Shanghai along the Huangpu River, passing its sister ship – the second Type 075, being fitted out in the same shipyard – according to witness videos and photos circulating online.

Painted in the Chinese navy’s standard grey, the vessel appeared to have installed radars and other equipment, although the flight deck remained unpainted.

The ship was launched last September. A fire broke out in April while it was being fitted out, producing heavy smoke covering the ship’s superstructure and stern gate before it was extinguished. 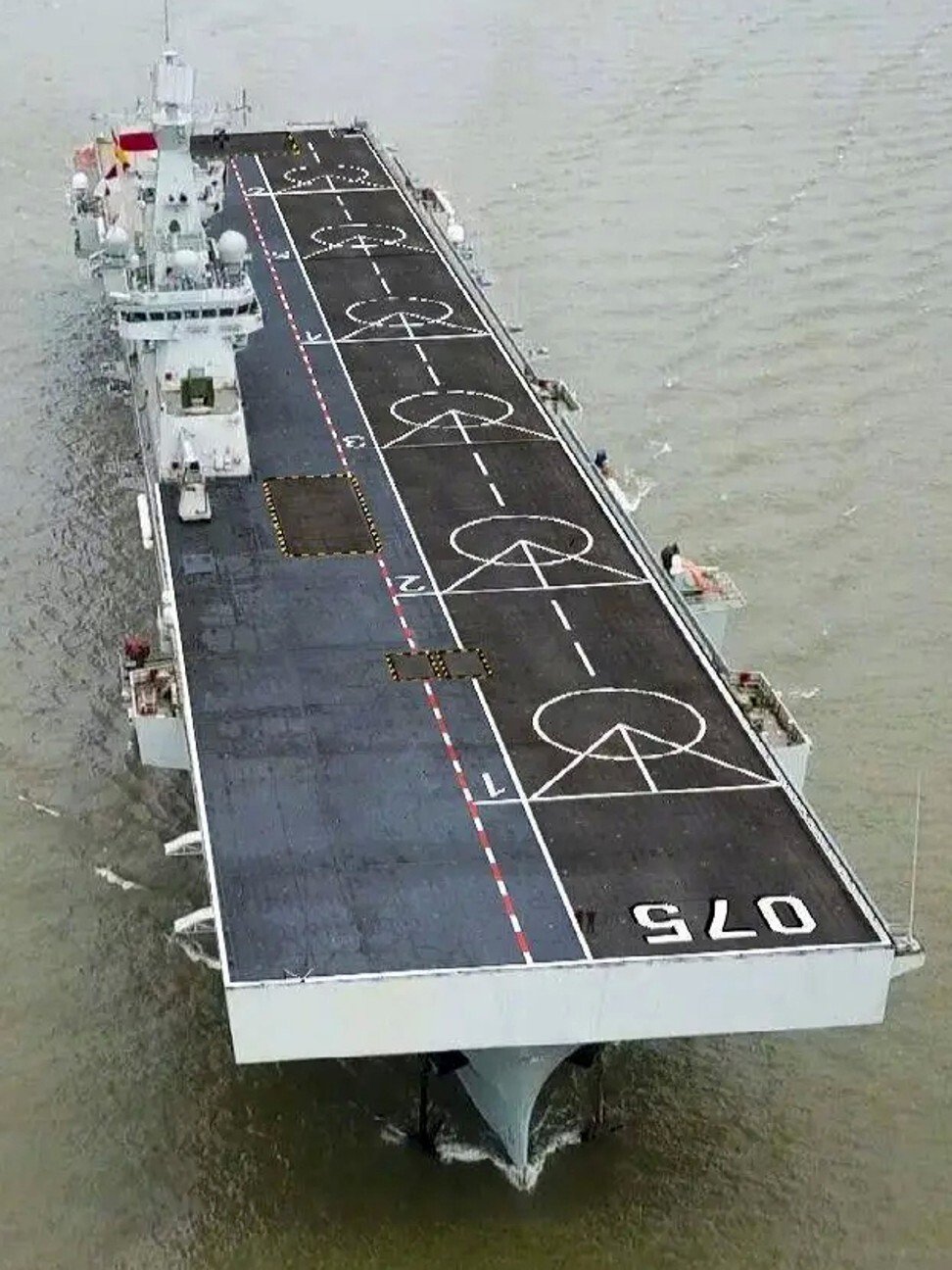 The Type 075 is able to carry 30 helicopters, several other vehicles and hundreds of troops. Photo: Weibo

Type 075 is the People’s Liberation Army Navy’s (PLAN’s) first large landing helicopter dock (LHD) vessel, on a par with the US’ America class and Wasp class, although the PLAN does not yet have any vertical take-off jets to use the 075 as a light aircraft carrier.

However, as Asia’s largest LHD, the Type 075 will be able to carry 30 helicopters, from the ship version of the Z-8 to the naval Z-20, as well as a number of amphibious tanks, armoured vehicles, jet boats and hundreds of marine troops.

Meanwhile, small rotor-wing unmanned aerial vehicles (UAVs) and Ka-27/28 anti-submarine helicopter models were also photographed last week aboard the Type 075 ship for deck testing before it went out for its sea trial.

The ship could greatly improve the PLAN’s ability to project air and ground forces in small-scale missions.

“To protect national interests overseas, it could be even more valuable than a normal aircraft carrier,” Song Zhongping, a Hong Kong-based military affairs commentator, said.

As Beijing’s territorial claims in the disputed South China Sea have been challenged, and with the relationship with Taiwan strained, the PLAN has ordered several LHDs in recent years, including five 25,000-tonne Type 071 amphibious landing dock ships.

The second 075 was launched in April. Analysis of commercial satellite imagery suggests that modules for a third may be being made in the same shipyard, a subsidiary of the state-owned China State Shipbuilding Corporation.

Apart from the known vessels under construction, there have been rumours of a new project to develop the next-generation LHD Type 076.