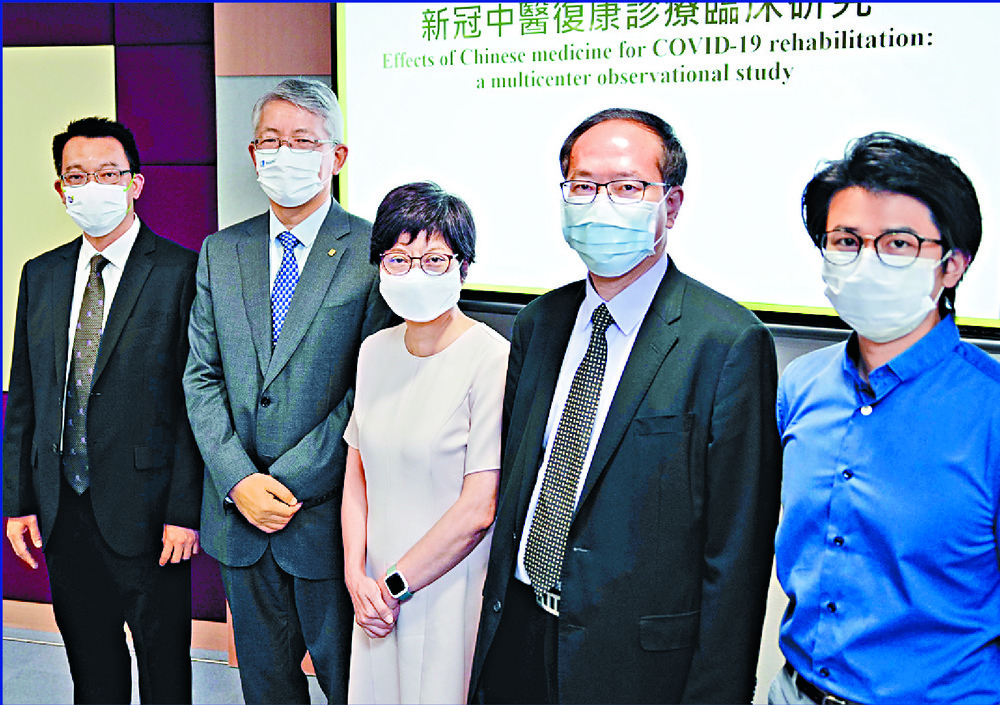 Chinese medicine has proved to be effective in relieving long-Covid symptoms - including cough, shortness of breath and nausea - for more than a third of 150 recovering patients aged 18 to 80 in Hong Kong.
The study conducted between September 2020 to December 2021 involved three local Chinese medicine schools, along with Chinese medicine clinics and the Hospital Authority.

The recovery process of participants was documented weekly, with doctors assessing the extent to which patients had recovered from long-Covid symptoms.

Doctors and researchers found that 35.7 percent of the patients, most of whom were elderly or middle-aged, had stopped coughing after three to six months of Chinese medicine treatment, while a total of 28.6 percent of patients recovered from shortness of breath, and 36.5 percent recovered from fatigue.

Patients took six-minute walking tests that gauged their lung function. The study found that prior to receiving treatment, only 5 percent could reach the distance covered by an average healthy person in six minutes.

Over time, more patients - both men and women - were able to reach the standard distance at around 500 meters. Some 10 percent were able to cover the distance after three months and it was 15 percent after six months. But it dropped to 12 percent after a three-month period, during which patients had stopped receiving treatment.

Bian acknowledged patients could have recovered naturally - rather than because of the Chinese medicine treatment - as there were many uncontrolled variables involved in the study, which was not a randomized controlled trial.